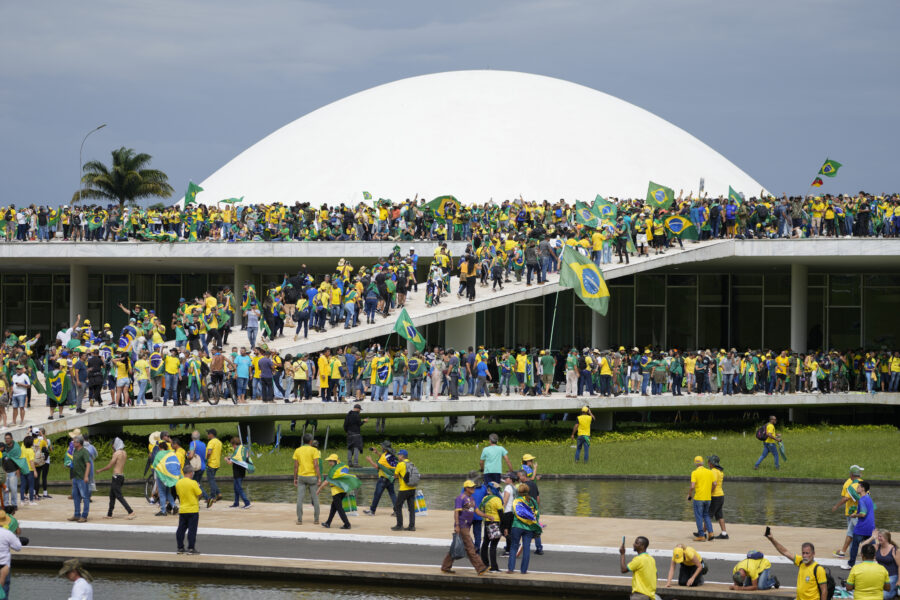 The Biden administration on Sunday condemned the attacks by supporters of former President Jair Bolsonaro of Brazil on the country’s congress, supreme court and presidential palace.

“I condemn the assault on democracy and on the peaceful transfer of power in Brazil,” President Joe Biden tweeted Sunday evening after a visit to El Paso, Texas. “Brazil’s democratic institutions have our full support and the will of the Brazilian people must not be undermined.”

The storming of government buildings on Sunday in Brasilia drew immediate parallels to the Jan. 6, 2021, attacks on the U.S. Capitol — almost exactly two years ago. Supporters of Bolsonaro have protested against Lula’s electoral win since last year; government forces retook the buildings from them Sunday evening.

Before Biden’s tweet, others in his administration expressed their concern.

“President Biden is following the situation closely and our support for Brazil’s democratic institutions is unwavering,” national security adviser Jake Sullivan wrote on Twitter. “Brazil’s democracy will not be shaken by violence.”

Several Democratic members of Congress, including Rep. Joaquin Castro (D-Texas) and members of the Senate Foreign Relations Committee, drew a direct line to former President Donald Trump, who has faced criminal referrals related to his actions on and around Jan. 6.

“Domestic terrorists and fascists cannot be allowed to use Trump’s playbook to undermine democracy,” Castro tweeted.

Video of the attack in Brazil was “deeply disturbing,” having been in the Capitol on Jan. 6, Rep. Jimmy Gomez (D-Calif.) said.

“Today’s attack on the heart of Brazilian democracy is visible proof of the dangers of how copycats seek to emulate what happened on Jan. 6,” said Jason Marczak, senior director at the Atlantic Council’s Adrienne Arsht Latin America Center.

The Biden administration should solidify its relationship with Lula’s government by formally inviting him to the White House, Marczak urged.

Bolsonaro has been a supporter of Trump, often with a similar strongman style, and Trump backed Bolsonaro’s reelection bid. The former Brazilian president is reported to have been spending significant time in Florida, Trump’s state of residence, in recent weeks.z

The attacks are the responsibility of Bolsonaro and his party, Lula said. Lula called the attackers “fascists, the most abominable thing in politics,” posting Sunday on Twitter in Portuguese, the nation’s official language.

Bolsonaro later tweeted his own condemnation in Portuguese, mixed in with a condemnation of his political foes: “Peaceful demonstrations, in the form of the law, are part of democracy. However, depredations and invasions of public buildings as occurred today, as well as those practiced by the left in 2013 and 2017, escape the rule.” 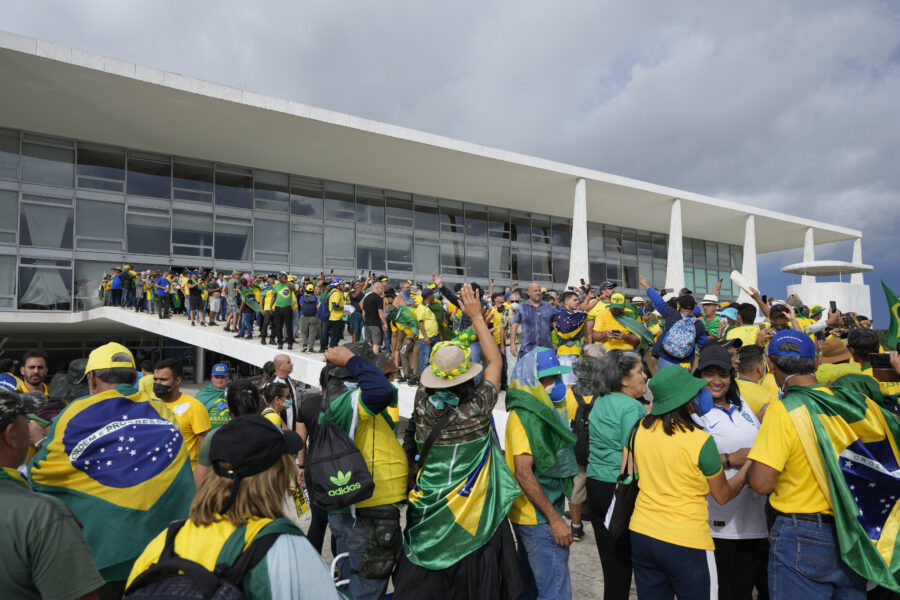 Speaking on CNN following the attacks, Castro called for the Biden administration or Florida authorities to extradite Bolsonaro to Brazil.

“The United States should not be a refuge for this authoritarian who has inspired domestic terrorism in Brazil,” Castro said. Rep. Alexandria Ocasio-Cortez (D-N.Y.) was also among those Sunday who said Bolsonaro should be returned to Brazil.

“Instability and violence anywhere are bad for national security, freedom and democracy everywhere,” Scott said. Neither he or embattled Rep. George Santos (R-N.Y) made reference to Trump in their statements condemning the attacks, unlike their Democratic counterparts.

Brazilian Foreign Ministry officials did not immediately offer comment on Sunday. Protesters remained in Brazil’s National Congress and on its roof on Sunday evening, local time.

The tumult in Brazil, which has a population of about 215 million, is the latest in a series of political crises in Latin America and the Caribbean in recent years. Since Joe Biden took office, there have been an assassination of a Haitian president, unusual protests in Cuba, an attempted coup by a president facing impeachment in Peru and now the turbulence in Brazil. An anti-incumbent mood has also led to the election of some leftist leaders in the region.

Privately, and sometimes publicly, Latin American officials say the Biden administration needs to pay more attention to its own hemisphere, and not simply see it through the lens of migration.

The Associated Press contributed to this report.