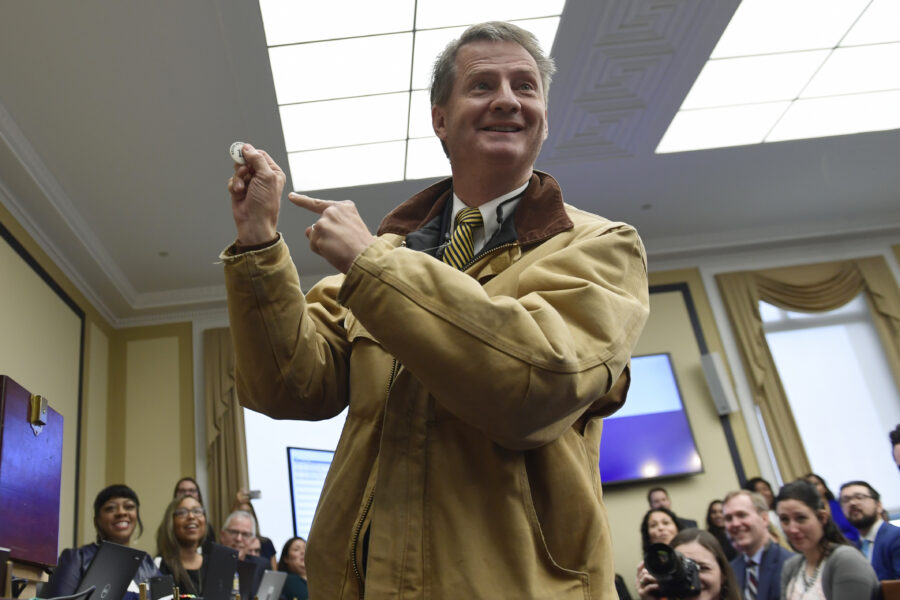 Every class has its clown, and in the House GOP no one has earned that reputation quite like Rep. Tim Burchett.

When the Tennessee Republican first met the wife of Rep. Kelly Armstrong (R-N.D.) in 2018, he simultaneously complimented her appearance while jokingly digging at her husband’s — taking off his glasses, handing them to her and saying: “Ma’am, you need these more than me.”

Another time, after visiting then-President Donald Trump at the White House with other members, Burchett was the last to run onto the bus — yelling they needed to peel out because he’d just stolen the baby Jesus from the Nativity scene (he had not actually done so).

“With Billy Long leaving Congress, the conference is in search of a new class clown,” said Rep. Steve Womack (R-Ark.). “And I nominate Tim Burchett … he’s so unpredictable. He says the craziest things.” 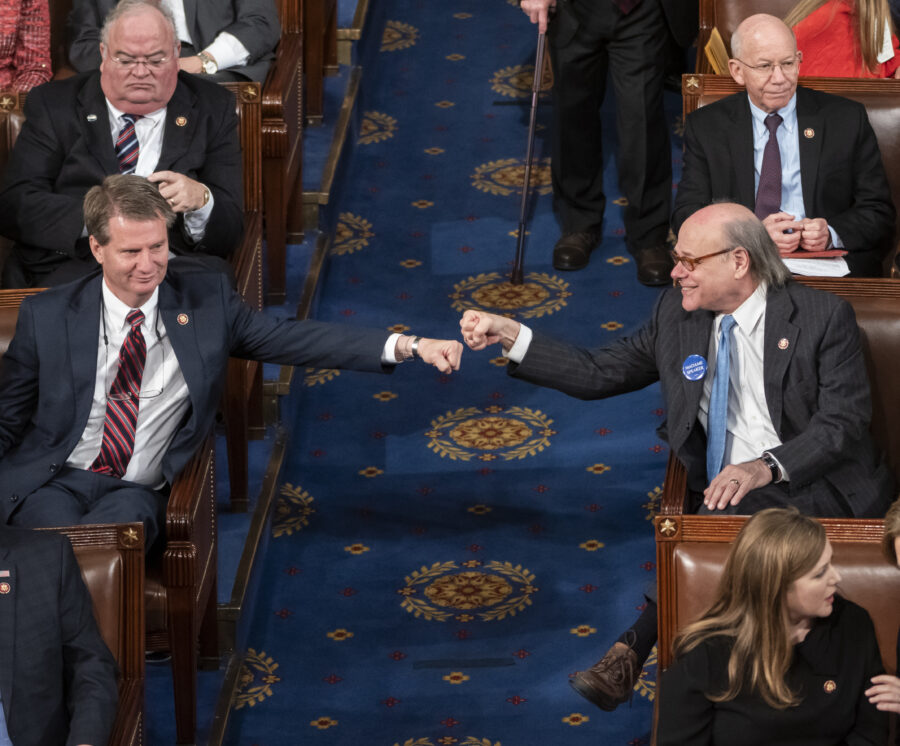 Approachable and unguarded, Burchett is perhaps one of the least filtered members, making comments even to reporters that most politicians would fight to bury. His wisecracking and jovial nature have attracted him friends on both sides of the aisle, despite his conservative voting record, in a time when the House’s cross-party relationships are growing rarer. Asked about his unusual freewheeling approach, he replied that his constituents from East Tennessee “don’t care about that stuff.”

“I don’t take myself seriously. I take the job seriously,” Burchett said in an interview, one day before Christmas Eve.

Others agreed. GOP Leader Kevin McCarthy could tick off multiple funny moments courtesy of Burchett, but also praised him as a constituent-focused member. He said Burchett “uses that ‘aw shucks,’ but he’s very smart.”

“He has the ability to take a serious situation, lighten the room, but also make his point,” McCarthy said.

This month, Burchett invited media, colleagues and staff to a holiday party set to last 15 minutes, and said there would “possibly” be refreshments. The party, which did in fact last 15 minutes, featured a PB&J sandwich stand, a “charcuterie” board that was just Burchett spraying cheese whiz on Ritz crackers, and Christmas music courtesy of Texas GOP Reps. Louie Gohmert and Brian Babin strumming guitars.

And while the funny-guy persona has a way of overshadowing his message at times, he also uses his jokes to inoffensively vent about Hill dynamics. He isn’t a fan of the power structures that govern who rises in leadership or receives coveted committee roles, for example, which often includes alliances with party leaders, fundraising and general schmoozing.

“I get frustrated with the whole system,” Burchett said, noting that he has approached McCarthy requesting positions on certain panels, like the House Intelligence Committee. “I don’t kiss enough butt and I don’t raise money to move up in conference, so I get aggravated about that. There’s definitely some people I would say should be in some positions that they’re not, just because of that. And I hate missed opportunity.”

He also tries to provide levity in tense situations — with mixed results. Earlier this month, he elicited both chuckles and cringes during a heated moment in a conference-wide meeting, as some of his colleagues grew irritated that McCarthy allies were getting extra time from their colleagues to speak in defense of his speakership bid.

Burchett went to a microphone and bashed their weekly conference meetings as a waste of time where they never learn anything. And he told Rep. Elise Stefanik (R-N.Y.), who was managing whose turn it was to speak, that if he wanted to be disrespected by a woman, he’d go home to his wife and daughter. Some appreciated the humor, while others felt that directing the comment at the top woman in Republican leadership took the joke too far.

Generally, there is a sense among his Capitol Hill colleagues that Burchett is just that kind of person who can get away with comments that the rest of them couldn’t pull off.

“He says whatever the hell he wants to and people can get offended. He didn’t give a flip,” said GOP Rep. Mark Green, who is part of the Tennessee delegation with Burchett. “And he’s gotten to the point where people take it from him. If I said that, there’d be a [negative] article about me.”

There are plenty of incidents that back up Green’s claim. Rep. David Kustoff (R-Tenn.) said Burchett calls him his “favorite Jew after Jesus.” And, according to Armstrong, when Burchett’s chief of staff got hit by a scooter and they’d verified he was OK, he and some others gifted the chief a helmet, whistle and cape branded with Burchett’s friendly nickname for his top staffer: “Big Sexy.”

At times, Burchett’s jokes feel absolutely random. Last year, he waltzed up to Rep. Madeleine Dean (D-Pa.), a first-term lawmaker who was wearing a purple ribbon to raise awareness about the opioid epidemic at the time, and told her purple was his favorite color. He said he grew up sleeping in purple sheets, but then when he was 12 his mom tried to throw them away after a baby gerbil ate holes in them.

“No, Momma, not my purple sheets!” he yelled, recalling the episode to a confused but amused Dean, whom Burchett said he had just met.

Unlike most politicians on Capitol Hill, the Tennessee Republican isn’t carefully constructing his image or donning the beltway uniform of penny loafers and button-down shirts. In fact, Burchett’s colleagues were more concerned about sharing the lawmaker’s jokes publicly, fearing bad optics or negative misinterpretations by the public, than Burchett was himself. 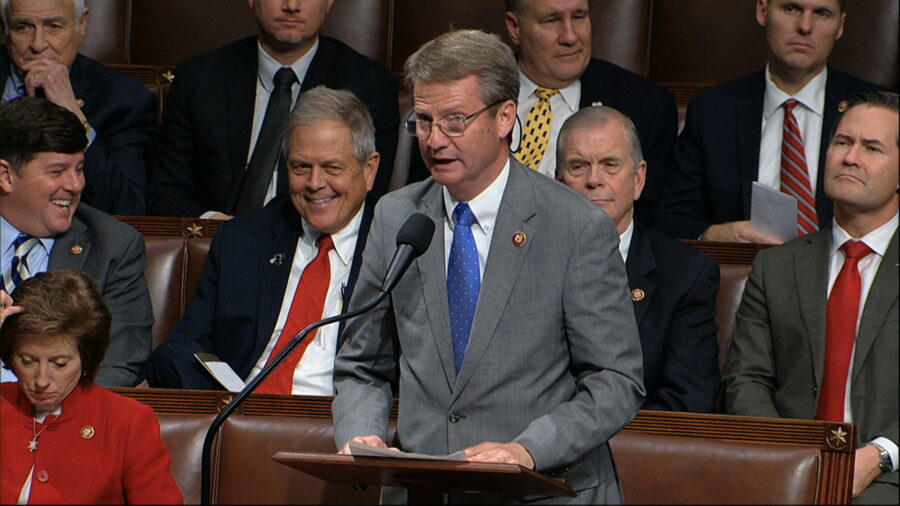 He saunters around the Capitol in the same tan-brown Carhartt jacket (don’t get his friends started on the reports that have dubbed Sen.-elect John Fetterman [D-Pa.] as Congress’ Carhartt ambassador), throwing out fist-bumps to friends, checking in on strangers and scandalized colleagues in a Holden Caulfield fashion, talking about how much he loves his wife and daughter, and randomly striking up conversations about when he used to sell items on Ebay as a side-hustle.

And while his voting record resembles those of members in the House Freedom Caucus, his relationships across the aisle are starkly different. He and Speaker Nancy Pelosi publicly embraced after Burchett told her that he was praying for her husband after the violent assault at Pelosi’s San Francisco home, as the Tennessean recalled. He is also known to fist-bump with Democrats like progressive Rep. Alexandria Ocasio-Cortez (D-N.Y.), an association that his GOP colleagues say would destroy other members among base voters.

But he doesn’t want his interactions with Democrats to end there. He has three goals he remembers listing off to now-former Rep. Joe Kennedy (D-Mass.):

“I want to run down South Beach hand-in-hand with [former Rep.] Donna Shalala. I want to go to the Bronx and party with AOC. I don’t know if she lives in the Bronx or not … I’ve never been to New York,” Burchett said. “And I said I want to party in the Kennedy compound.”