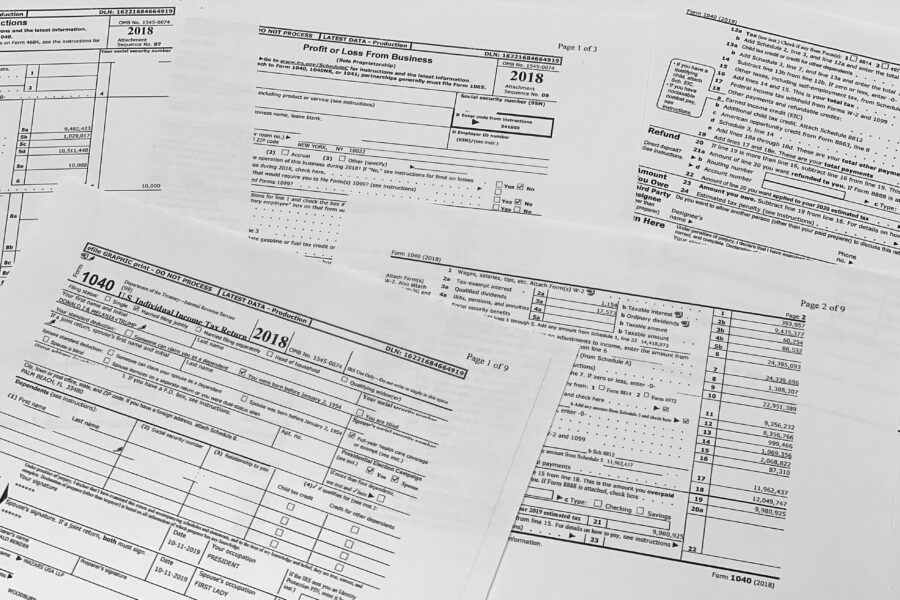 Donald Trump’s tax returns show the former president received income from more than a dozen countries during his time in office, highlighting a string of potential conflicts of interest.

Trump’s returns, which were made public by House Democrats on Friday after a lengthy legal fight, disclosed income from 2015 to 2020 from a wide range of foreign countries, including Canada, Panama, the Caribbean island of Saint Martin, the Philippines, the United Arab Emirates and the United Kingdom, among others.

While the documents did not provide details on the money flows, Trump owns golf courses in Scotland and Ireland, and his name has adorned luxury hotels from Panama to Canada.

The former president was known for fusing his business interests with America’s highest public office, drawing allegations of using his role to promote his private resorts, direct federal money to his hotels and encourage foreign governments to spend money that would directly benefit the Trump family interests.

His far-flung concerns, foreign and domestic, are nested in more than 400 separate business entities. A 2019 report by the watchdog group OpenSecrets said he had more than $130 million in assets in more than 30 countries.

The six years of tax returns disclosed Friday show that Trump received extensive income from Canada, Ireland and the United Kingdom — including gross business income of at least $35.3 million from Canada in 2017, the year he entered office.

It’s not a surprise that Trump continued to receive money from foreign interests while he was president. While he handed over day-to-day operation of his business empire to his children, he still kept ownership.

Trump’s sons, Donald Jr. and Eric, made deals around the globe while their father was president.

At the same time, previous leaks of the former president’s tax returns to The New York Times and required annual disclosure forms also showed that the Trumps had ties to more autocratic countries, including Qatar, Saudi Arabia and Turkey.