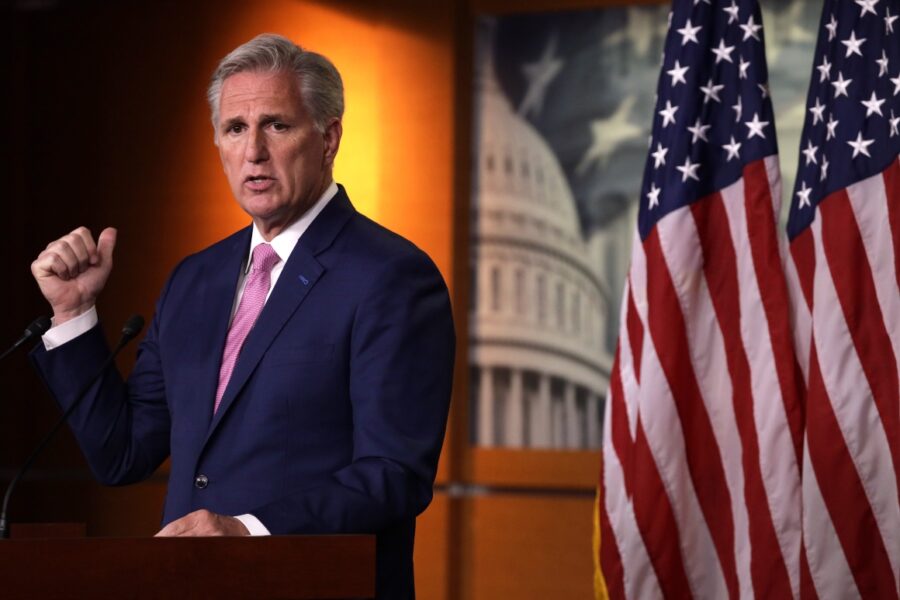 House Republicans are fuming over a recent White House move that will slow roll their investigations, but leaders say it doesn’t change their game plan.

While the House GOP has spent weeks detailing its planned investigations into the Biden administration now that the party has a majority, the White House has stayed mostly silent on strategy. That changed Thursday morning, when White House Special Counsel Richard Sauber announced he plans to effectively reset the clock come Jan. 3 and ignore the long list of investigative requests already sent by Republican Reps. James Comer of Kentucky and Jim Jordan of Ohio — the incoming chairs for the Oversight and Judiciary Committees, respectively.

It’s an explosive start to a chapter that won’t even officially begin until next week. The relationship between House Republicans and the Biden White House seemed doomed to go sour from the start, but it’s an unmistakable signal that Biden’s administration won’t quietly go along with investigations — some of which it has openly deemed little more than political noise.

“At every turn the Biden White House seeks to obstruct congressional oversight and hide information from the American people,” Comer said in a statement.

House Republicans were quick to clarify that their investigative plans, which have been in the works for months and have included strategy meetings with Minority Leader Kevin McCarthy, are moving forward regardless of the White House’s position. Comer said in an interview that he had already planned to reissue all of his information requests quickly in the new Congress, including for interviews and documents related to Hunter Biden’s business deals, last year’s Afghanistan withdrawal and the administration’s handling of the pandemic. The White House’s newly articulated position would be little more than a short delay of that process, he noted.

And in a further twist of the knife, the Biden White House took unusual inspiration for its newly stated oversight posture: former President Donald Trump. In its letters to Comer and Jordan, the White House counsel’s office cited Trump administration legal opinions that Democrats once derided as extreme and undemocratic.

Former House Oversight Committee Chair Elijah Cummings (D-Md.) termed the position “the latest in a series of abuses by the Trump administration to operate in a shroud of secrecy.” Even Sen. Chuck Grassley (R-Iowa), the top Republican on the Judiciary Committee, at the time, criticized the Trump White House for construing congressional oversight so narrowly.

A GOP Oversight aide characterized the White House’s stance as an “attempt to delay” that “reveals they are acting in bad faith.” The aide added that “oversight and accountability are coming regardless.”

Meanwhile, Jordan has already sent a slew of letters to the administration outlining documents and interview requests he wants next year as Judiciary Committee chair, warning potential witnesses that while he’d prefer voluntary testimony, he’s willing to use a “compulsory process if necessary.”

Even as Republicans say they’ll move forward as planned, committee investigations will already be hobbled due to the party’s speakership fight. McCarthy has delayed elections for contested committee chairs until after the chamber selects who will wield the gavel, preventing some panels from making key decisions on targets and staffing, and the rules of the House dictate no committees can hold hearings or call witnesses until after the speaker is decided.

The relationship between the Biden administration and a GOP-controlled House was never going to sail smoothly. A majority of Republicans backed attempts to challenge Biden’s 2020 win and have been signposting a sprawl of investigations on everything from the president’s son to the coronavirus pandemic and the ongoing border crisis. And the White House, meanwhile, has been staffing up for months to handle the investigative deluge over the next two years.

But the White House’s latest opening salvo appears to have touched a nerve among congressional Republicans.

“The Biden White House is used to House Democrats and the media sweeping essential oversight under the rug. In 5 days, a new Republican majority will have the authority and obligation to get answers for the American people,” House GOP Leader Kevin McCarthy (R-Calif.) tweeted Thursday.

Jordan, and Judiciary Committee staff, also spent Thursday teeing off on social media against the White House’s strategy and amplifying criticism from other corners of the party.

The White House’s move is likely to spark accusations of hypocrisy from both sides. Democrats remained mostly silent on the announcement Thursday, after expressing indignation at the Trump administration’s move years ago. And despite the current GOP fury, Jordan himself refused to comply with a subpoena issued by the Jan. 6 committee this term.

Additionally, White House aides, in response to GOP criticism that officials first aired their plans with the media and not with Republicans directly, were also quick to point out that Jordan and Comer went on Fox News earlier this year to announce a letter they sent as part of their coronavirus “origins” probe.

It might be the White House’s most controversial move that will delay GOP investigations, but it’s hardly the first.

Comer wants the Treasury Department to turn over so-called suspicious activity reports, known as SARs, related to Hunter Biden as part of the GOP investigation into his business deals. But the administration has batted down those requests while Republicans were in the minority, noting that their policy requires that a committee chair or a majority of the members on a panel OK a request for the reports, which are filed by financial institutions.

And Sauber, in his letter to Comer and Jordan, pointed to a similar distinction in Congress’ own rules, in addition to the Trump-era rationale, to make the case that the GOP requests so far don’t have teeth.

“Congress has not delegated such [oversight] authority to individual members of Congress who are not committee chairmen, and the House has not done so under its current Rules,” Sauber wrote.

But the 2017 stance sparked outrage from House Democrats, who were then in the minority.

“We cannot do our jobs if the Trump administration adopts this unprecedented new policy of refusing to provide any information to Congress unless a request is backed by the implicit threat of a subpoena,” Cummings said at the time.

The White House’s position, in theory, would disadvantage House Democrats in the new term as they fall back into the minority, unless they could get a GOP chair to bless their investigative requests. Democrats on the House Oversight and Judiciary panels are expected to spearhead the party’s day-to-day defense against the GOP investigations.

“The Democrats should be offended by that [letter], but considering they haven’t requested any information pertaining to oversight over the past two years, I don’t see them asking for anything over the next two years,” Comer said.

Kyle Cheney contributed to this report.