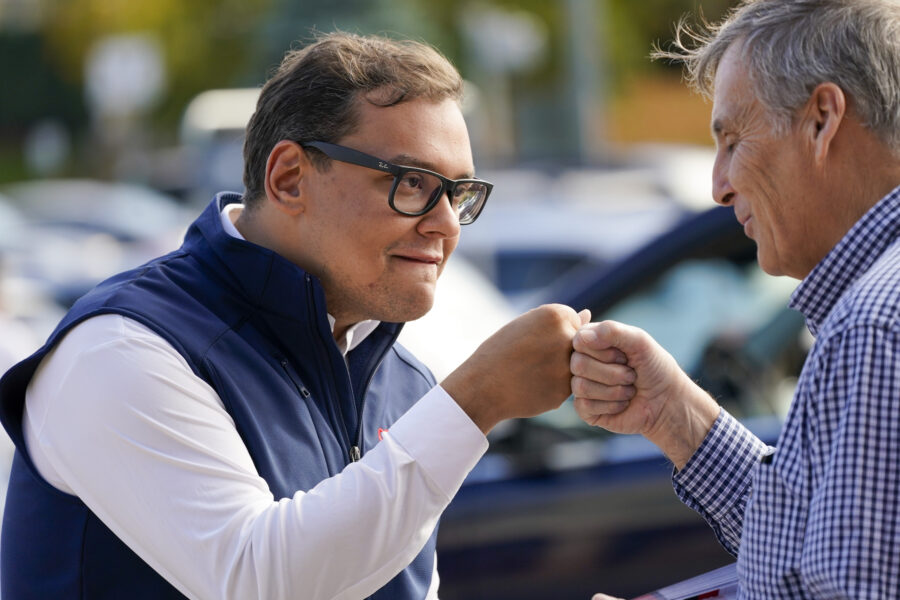 The could-be congressman from New York appears to have invented his entire campaign biography, from his Jewish ancestry to his investment banking career and even his charitable contributions.

“His whole premise for getting elected is based on lies so it’s a novel problem,” said Risa Heller, a leading crisis communications expert who represented Ivanka Trump during her father’s first year in office and Anthony Weiner after his infamous tweet.

Lis Smith, a veteran Democratic political operative who first backed Gov. Andrew Cuomo against claims of sexual harassment before realizing his denials were dishonest, agreed that Santos is in a league of his own.

“There are situations that even the best crisis communicators can’t help with because it appears that everything he said about himself is a lie and there’s just no way to clean that up,” Smith said.

Santos tried to explain his problematic resume, which was first revealed by the New York Times, in interviews Monday by saying he’d embellished his background. He failed to give straight answers on specifics.

“It’s just more confusing,” said John Catsimatidis, who was the first to interview Santos on his WABC radio show.

“I assume his voters feel duped and mad, but he gets a runway. He now gets two years to prove himself,” Heller said.

Smith said it appears that Santos will try to get seated in Congress and stay there — but the political map may make it difficult to do so.

“He’s not in a super safe Republican district,” Smith said. “National Republicans have to be keenly aware that he makes this a prime Democratic target in 2024.”

Weiner, Heller’s former client, told POLITICO he felt a peculiar kinship with Santos. “It’s painful to watch because I remember being in that spot,” the former New York congressman said.

Weiner thinks a looming investigation by the House Ethics committee will force Santos to bow out of Congress. In 2011, Democratic Party leaders told Weiner to set aside $1 million to defend himself before the committee because of his use of social media to send sexually explicit messages. He couldn’t handle the stressful, expensive and time-consuming burden of the ethics probe. “It was the reason I resigned,” Weiner said.

The probe is not a given. Fellow Long Island Republican, Rep.-elect Nick LaLota, has called for a full investigation, but House leadership has been silent on the matter. Meanwhile, support for Santos is eroding at home and the local district attorney promised to prosecute Santos if he committed any crimes.

“The House of Representatives Ethics Committee should do a thorough investigation to see if any laws or ethical regulations were violated,” Blakeman said, casting Santos as the black sheep of the local GOP. “This is something that’s very specific to a person that has emotional issues. It’s not a party issue, it’s a personal issue.”