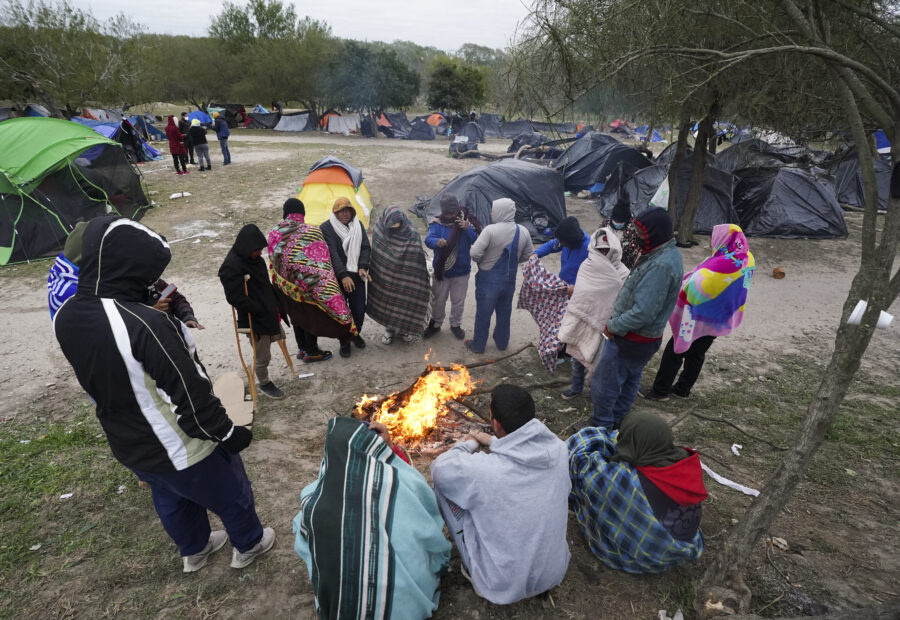 The Supreme Court on Tuesday blocked the lifting of the Trump-era Title 42 order on migration, forcing the Biden administration to leave in place the federal directive that has prevented the entry of millions of asylum seekers at the southern border.

The high court’s action spares the Biden administration from a court-ordered winding down of the policy, as both Republicans and Democrats warned that the U.S. wasn’t prepared to handle the likely influx of migrants who had been gathering along the U.S.-Mexico border. Administration officials have favored ending the public-health-based order, but have scrambled to finalize plans to deal with the anticipated surge. They have also been weighing policies to further restrict the number of migrants eligible for asylum in the U.S.

The Supreme Court acted on a 5-4 vote, with the court’s three liberals joined by conservative Justice Neil Gorsuch in dissent. The ruling came in response to an emergency application filed last week by a group of GOP-led states wanting to keep in place the Title 42 order, which was implemented at the beginning of the Covid pandemic and has been used more than 2 million times to expel migrants on public health grounds during both the Trump and Biden administrations. The group’s request followed its failed plea with the D.C. Circuit Court of Appeals earlier this month to stop the policy from being lifted.

The Supreme Court’s order Tuesday essentially preserves the status quo at the border while the high court receives full briefing and argument on the legal issues involved. The court indicated that oral arguments on the Title 42 policy will take place in February or March. That makes a final decision likely by late June.

Justices Sonia Sotomayor and Elena Kagan did not explain their decisions to dissent.

In his written dissent, Gorsuch, a Trump appointee, said he did not discount the states’ concerns about a potential border crisis but said “the emergency” on which the Title 42 orders were adopted “has long since lapsed.”

“For my part, I do not discount the States’ concerns,” wrote Gorsuch, who was joined by Justice Ketanji Brown Jackson. “But the current border crisis is not a COVID crisis. And courts should not be in the business of perpetuating administrative edicts designed for one emergency only because elected officials have failed to address a different emergency. We are a court of law, not policymakers of last resort.”

Since March 2020, when the Covid pandemic took hold across the U.S., the Title 42 order has allowed border agents to immediately expel migrants who crossed the southern border on public health grounds. But earlier this year, the Centers for Disease Control and Prevention, the agency that formally issues the directive, determined it was no longer necessary, noting that Covid cases were far lower than the counts in 2020. President Joe Biden has also declared that the “pandemic is over.”

The court’s ruling marks yet another chapter in the Biden administration’s rocky journey in resolving and ending Trump-era immigration policies. Even as administration officials projected preparedness for the end of Title 42, the situation at the southern border has become a political headache for the White House, with Republicans routinely attacking the administration for failing to curb migration and moderate Democrats echoing those concerns.

Responding to Tuesday’s ruling, White House press secretary Karine Jean-Pierre said the Biden administration will comply with the decision while continuing to prepare for the eventual end of Title 42.

“Title 42 is a public health measure, not an immigration enforcement measure, and it should not be extended indefinitely,” Jean-Pierre said in a statement.

“Today’s order gives Republicans in Congress plenty of time to move past political finger-pointing and join their Democratic colleagues in solving the challenge at our border by passing the comprehensive reform measures and delivering the additional funds for border security that President Biden has requested,” she added.

Administration officials were pushing to finalize plans to deal with an impending surge, people familiar with the planning told POLITICO this month. The Department of Homeland Security was weighing a revival of a “transit ban” model, which would prohibit migrants from applying for asylum in the United States unless they were first turned away for safe harbor by another country, such as Mexico. The department was also ramping up new training for asylum officers to help them understand who qualifies under the international Convention Against Torture and considering an expansion of humanitarian parole programs for Haitians, Nicaraguans and Cubans.

Immigration reform advocates decried the court’s ruling on Tuesday. The American Civil Liberties Union’s Lee Gelernt, the lead attorney in the Title 42 case, vowed to continue to “challenge this policy that has caused so much harm to asylum seekers and cannot plausibly be justified any longer as a public health measure.”