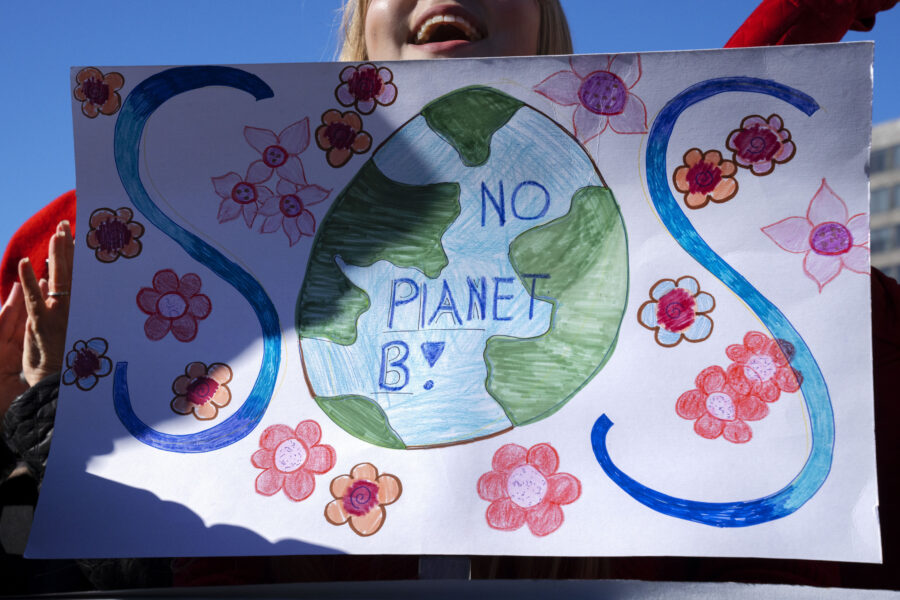 Republican lawmakers are vowing to crack down on big investment managers pushing climate and social agendas. But the Wall Street giants are finding they have few defenders in Washington to help fend off the assault.

The multitrillion-dollar asset managers — primarily BlackRock and its outspoken CEO Larry Fink, Vanguard and State Street — aren’t getting cover from major business trade groups whose members are divided on the issue. And they have no Republican allies, according to interviews with nearly a dozen industry representatives, lawmakers and climate advocates.

Some industry players feeling the heat are privately agitating for a more unified front against the attacks. But Republicans leading what they call the “anti-woke” charge in Congress said they’re feeling little resistance from business lobbying groups like the U.S. Chamber of Commerce. The GOP lawmakers say they have growing evidence that their effort is getting traction, with Vanguard walking away from an international climate change group in December.

“There is a fight within the banks and within the asset management firms about this,” Rep. Andy Barr (R-Ky.), one of the pressure campaign’s top voices on Capitol Hill, said. “I am observing conflicting messages from within these companies, and what I’m asking is for these banks and asset managers to purge these people who want to bring their politics into the operations of these businesses.”

The political isolation of the world’s largest money managers is a window into how the GOP’s recent pivot to populism on Big Business can paralyze industry lobbying efforts. It’s also forcing companies to rethink how they message environmental and social goals, even if they’re aimed at satisfying customers, investors and employees.

A growing list of major companies — not just limited to finance — are facing ire from Republican officials at the state and federal levels for their stances on climate and issues such as race, voting rights and guns.

In Washington, House Republicans who will be in the majority next year are eyeing hearings and a suite of bills to pressure the investment firms.

The asset managers “do have a very defensible case as to why they should be considering climate and sustainability risk in investing practices,” said Sierra Club campaign director Ben Cushing, who advocates for financial firms to stop backing fossil fuel projects. “They didn’t do a very good job of just explaining that, and they’re allowing themselves to be bullied by these bad-faith political attacks.”

The GOP’s criticism of big money managers centers on the sway they hold over corporate America. The firms manage their clients’ investments in legions of publicly traded companies and, because of that, have a big say in how the companies are run through the shareholder voting process.

That economic influence is in focus for Republicans because the large asset managers have incorporated environmental, social and governance — or ESG — goals into their investing practices.

The most prominent leader of the shift is BlackRock’s Fink, a Democrat who has used his perch at the $7.9 trillion asset management firm to push companies to reduce their greenhouse gas emissions and to disclose their practices on social issues.

He has argued that it’s not just good for society but also good for investors — among them the company’s clients including pension funds, endowments and governments.

BlackRock said that under Fink’s leadership it has delivered a cumulative total return to shareholders of 7,700 percent since 1999 “by consistently putting clients’ interests first.” The company is not divesting from fossil fuels even with its sustainability focus,

Republicans are rejecting Fink’s philosophy, arguing that it makes investor returns secondary to other causes, harms the energy industry and threatens the U.S. economy. They’re also leveraging it as a political weapon to bash the Wall Street elite.

“This is more about people feeling good at cocktail parties and flying out to their place in Tahoe and whatever else,” Rep. Bill Huizenga, the Michigan Republican who leads House GOP work on stock market issues, said in an interview.

Members aren’t on the same page

The GOP attack is increasingly organized at the state and federal level. In Washington, the companies in the crosshairs are largely going it alone, according to sources familiar with the lobbying dynamic. They’re also facing pressure from climate activists to divest from fossil fuels more quickly.

The Investment Company Institute — the primary trade group for the asset management industry — isn’t taking on the Republicans. The association said in a statement that it works with both parties in Congress to represent the long-term financial interests of investors. It’s a similar approach that other groups are taking.

One trade association representative granted anonymity to speak candidly said, “It’s certainly our job to be an umbrella for folks when it’s raining but we also have to remember we represent a large portion of the industry. I don’t think on any issue you find the tail wagging the dog.”

An executive at another major business trade group said, “It’s hard because the members aren’t all on the same page.”

State Street is hoping its trade associations play a role.

“Our trade groups bring deep expertise to engagement with policymakers on industry issues, particularly when Americans’ savings and retirement security could be put at risk, and we are confident they will remain an important voice in this debate as it develops,” State Street spokesperson Randall Jensen said in a statement.

The U.S. Chamber of Commerce, which represents a broad set of industries, isn’t completely staying on the sidelines after enduring Biden-era conflicts with Republicans who complained the group was moving to the left.

Barr said the Chamber is working with him on legislation that would require investment advisers and retirement plan sponsors to prioritize financial returns over non-monetary factors when making investment decisions for clients.

But the Chamber is raising concerns about legislation from Sen. Dan Sullivan (R-Alaska) and Rep. Blaine Luetkemeyer (R-Mo.) that would require managers of passive investment funds to vote on corporate shareholder proposals in accordance with the instructions of their investors.

The bill’s backers argue that it’s a way to stop financial firms from imposing their agenda on companies — including to shift away from fossil fuels. In the Chamber’s eyes, the bill may end up empowering the same outside influences trying to press environmental and social policies on corporations.

“It has been long-standing policy of the Chamber that investing should be objective, directly linked with economic return and that policymakers on either side should not put a thumb on the scale,” said Tom Quaadman, executive vice president of the Chamber’s Center for Capital Markets Competitiveness.

BlackRock spokesperson Dominic McMullan said many people have opinions on how its clients’ assets should be invested but that its fiduciary duty is to customers. BlackRock and other asset managers are developing ways for their clients to more directly vote on shareholder matters at companies in which they invest.

“[T]he money we manage belongs to them — not to politicians, activists, NGOs or commentators,” he said.

In the current political climate, it’s an argument that companies like BlackRock will mostly be making on their own.

“It’s kind of the nature of the beast,” Sen. Jon Tester (D-Mont.), a member of the Banking Committee, said. “They’re big boys.”