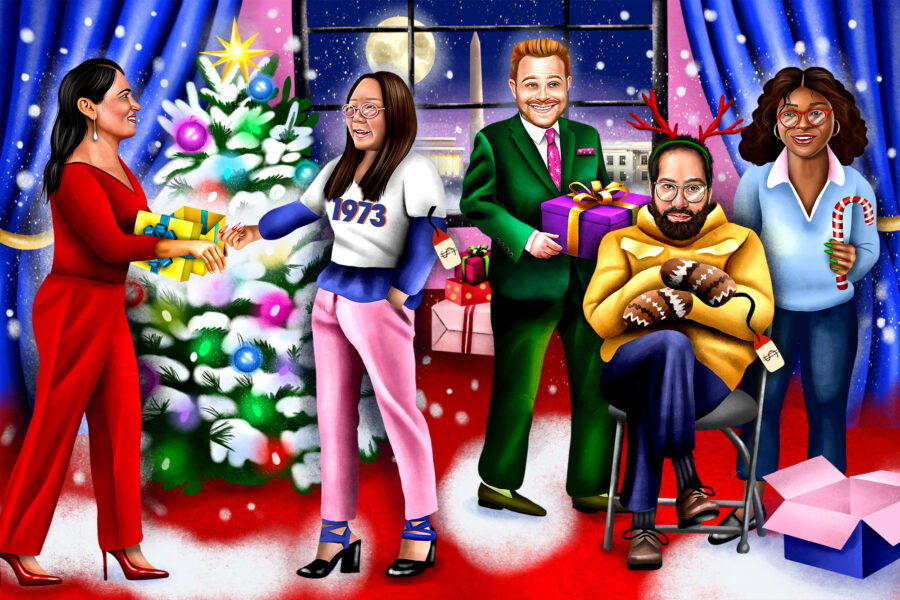 It’s hard to tell when the holiday season officially begins in Washington. Is it after the elections, which feel like they never really end? The lighting of the White House Christmas tree? Or do we wait with bated breath until the passage of the annual omnibus spending bill?

If you’ve been busying yourself with work and paying too much attention to the Congressional calendar to buy those plane tickets home or dust off the decorations in the attic, and now the kids are waiting for their presents like politicians waiting for precinct returns, we get it. Some of our readers, we imagine, are probably trying to avert a government shutdown.

But even if that’s the case, you can’t show up to a holiday party empty-handed. Not to worry: We’ve put together the perfect gift guide for the politically obsessed D.C. dwellers in your life — and even for that one cousin who always asks you how things are going in “the swamp.”

Disclaimer: These gifts are not guaranteed to fix America’s (or your family’s) partisanship. But they are guaranteed to be memorable. 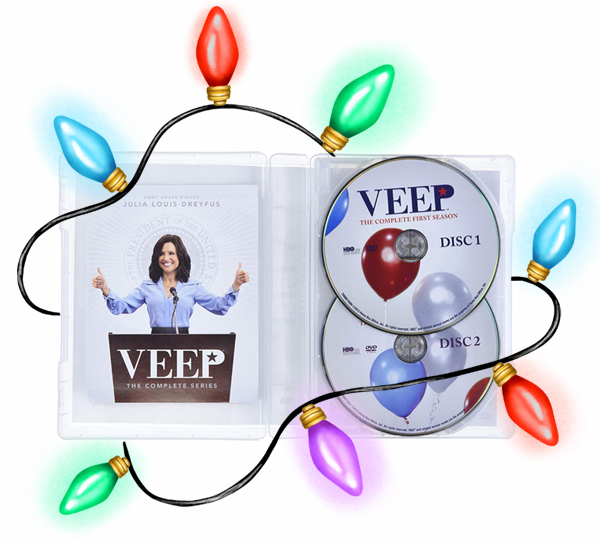 Your friend who works for the feds

A Bartlet for America mug. Sure, it’s not that exciting, but bingeing the “West Wing” is basically a prerequisite to becoming a true D.C. bureaucrat — and it’s under the $20 maximum for gifts that federal employees can accept from outside interests. ($17.77)

Your relative who calls himself a Bernie bro (still)

You know it. That parka, those mittens and a trusty folding chair. No one will forget that fashion look from the Biden inauguration. Or, if you don’t like him enough for a $220 parka, a cute ornament would do. ($274 for the get-up, $8 for the ornament)

Your Trump-loving cousin back home 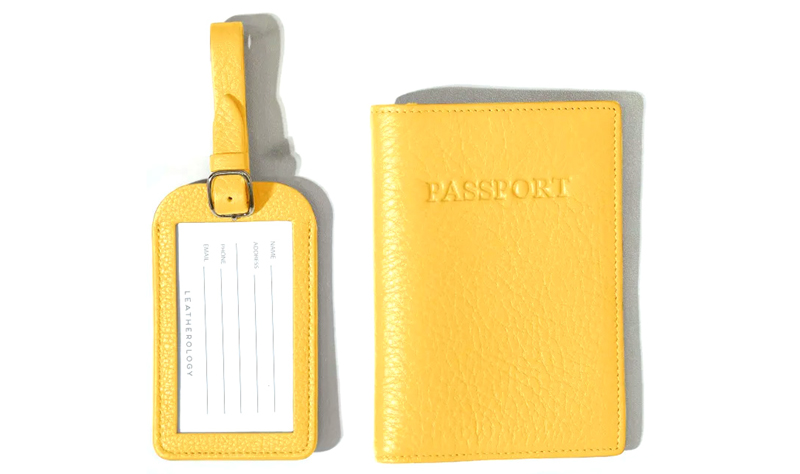 The anodyne title (and variations thereof) is known in D.C. circles as code for working in intelligence services. A chic passport cover from Leatherology is the perfect gift for their … ahem … travels. ($75) 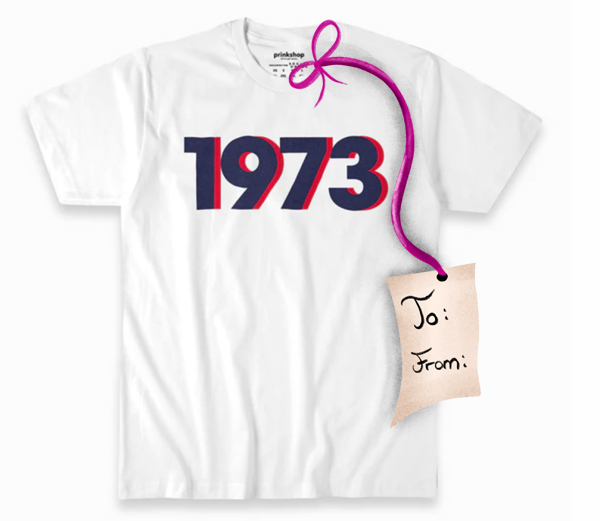 This subtle-enough-for-school T-shirt, a nod to the year Roe was decided. ($45)

What You Need to Know About Voting — and Why, a book by law professor Kimberly Wehlethat serves as a field guide to elections. Or, if you don’t mind a little drama at the party, get him Peril, by Bob Woodward and Robert Costa. ($17 and $28) 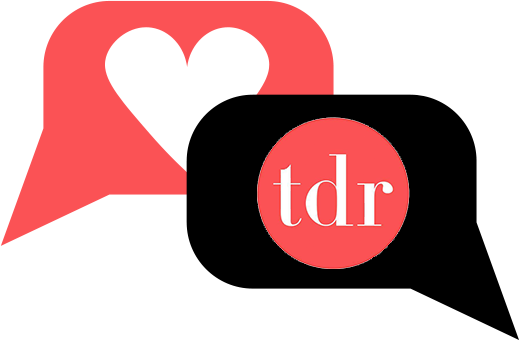 An appointment with D.C. matchmaking service Three Day Rule. Maybe call in the rest of the group chat to pitch in. ($1,967 … per month) 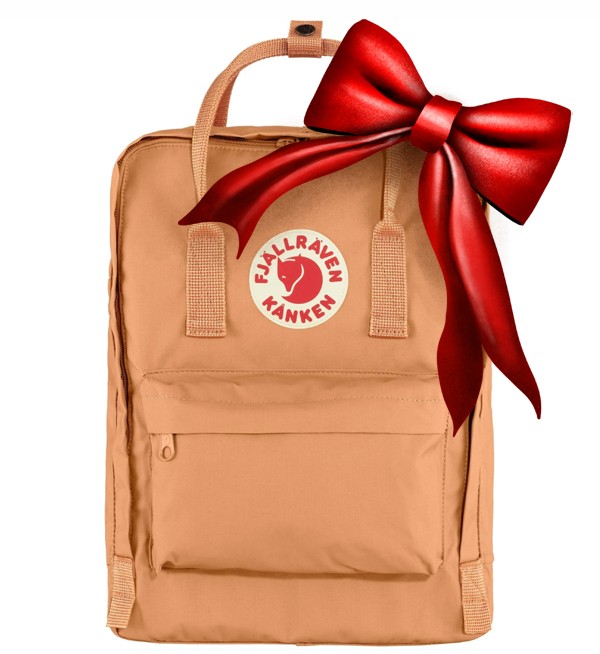 The “Hilltern” in your life

A Lamy fountain pen for all those notes they’ll take at the very important hearings their member of Congress sends them to. Or get them the classic, youthful Fjällräven backpack — it’ll help them blend right in. ($32 for the pen, $80 for the bookbag)

Gen Z is having its moment, even in politics. This year’s midterms ushered in the first member of the young generation into Congress. But the best gift to get them isn’t a ring light kit for TikTok. It’s an Ember heated smart mug — to keep their coffee or tea hot when they forget about it while doing their remote desk job. ($130) 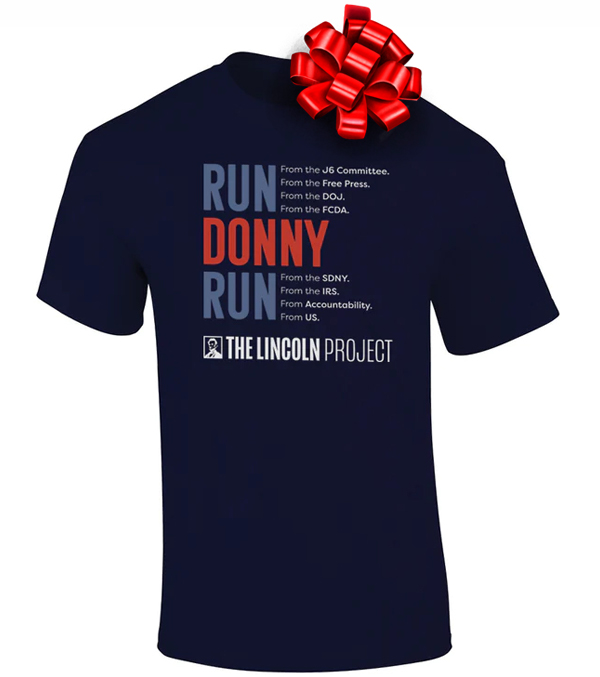 The avowed Never-Trump Republican in your life

The holiday season has brought no respite for the former president, whose legal troubles continue to mount. This T-shirt from — you guessed it — the Lincoln Project will remind everyone of it the next time your loved one goes for a run at the monuments. ($30) 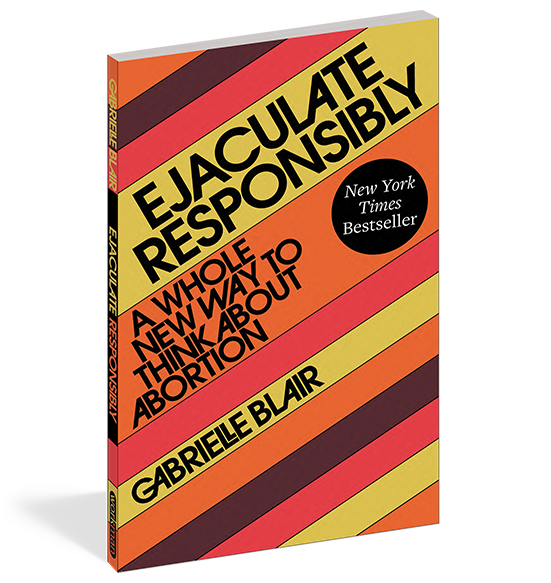 Any justice on the Supreme Court

A copy of Ejaculate Responsibly, a book by Gabrielle Blair that argues that it makes more sense to target men for contraception, rather than women. Blair has been on a quest to flood the justices with the book, asking readers of her blog to ship them directly to their chambers. So far, 108 copies have been delivered, including 25 to Amy Coney Barrett, 22 to Brett Kavanaugh, and three to each of the liberal justices. ($14)