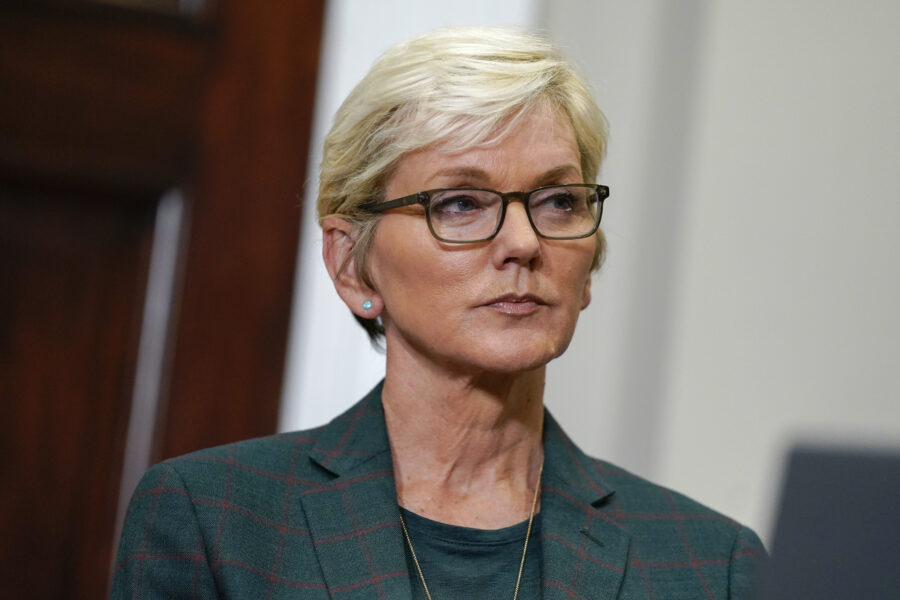 The Department of Energy announced Tuesday that its scientists have produced the first ever fusion reaction that yielded more energy than the reaction required, an essential step in the long path toward commercial fusion power, officials said.

The experiment Dec. 5, at the Lawrence Livermore National Laboratory in California, took a few billionths of second. But laboratory leaders said today that it demonstrated for the first time that sustained fusion power is possible.

What comes next is even harder: Proving that the technology can work not only in highly structured laboratory experiments but eventually in commercial reactors. That may take decades. But DOE’s achievement of a “net gain” of energy in the lab gives another boost of confidence to a growing corps of fusion entrepreneurs and researchers.

“From my perspective, this is the proof that the physics work for net gain,” said Andrew Holland, CEO of the Fusion Industry Association, an industry advocacy group, in an interview before the announcement.

Here are several important things to know about the milestone’s significance and next steps:

Why is this so important?

In theory, nuclear fusion could produce massive amounts of energy without producing lost-lasting radioactive waste, or posing the risk of meltdowns. That’s unlike nuclear fission, which powers today’s reactors.

Fission results when radioactive atoms — most commonly uranium — are split by neutrons in controlled chain reactions, creating lighter atoms and large amounts of radiation and energy to produce electric power.

Fusion is the opposite process. In the most common approach, swirling hydrogen isotopes are forced together under tremendous heat to create helium and energy for power generation. This is the same process that powers the sun and other stars. But scientists have been trying since the mid-20th century to find a way to use it to generate power on Earth.

So what did the DOE scientists do?

The ignition required a little over two units of laser energy and produced 3.15 units of heat energy in the instantaneous reaction, the production of “net energy” that scientists at the lab have pursued for more than 60 years.

Tammy Ma, a plasma scientist at the facility, said she got the news of the results while waiting for a flight. “I burst into tears” and began jumping up and down in joy, she said Tuesday.

Last week’s breakthrough followed on the heels of an August 2021 test, in which Lawrence Livermore scientists reported hitting a record new output from its cluster of lasers. That reaction produced 70 percent of the energy that the laser shot delivered, the journal Nature reported at the time — approaching, but not yet reaching, the achievement announced Tuesday.

One critical caveat: Firing the lasers, which fill a facility the size of three football fields, required about 300 units of electric power for last week’s experiment. That shows that the reaction itself was not a foundation for a sustainable, affordable fusion plant, officials said Tuesday.

Still, Ma noted that the experiment’s lasers are based on engineering from the 1980s and 1990s, dating from the facility’s longstanding work on nuclear weapons. Modern lasers are much more efficient, she said.

Private fusion companies have raised nearly $5 billion from wealthy investors and corporations hoping to get in on the ground floor of a possible mega-industry of the future. And they have pursued various means of achieving that goal.

A tokamak works by heating to over 100 million degrees Celsius, creating a swirling plasma of hydrogen isotopes that — if all works as planned — would collide to create the fusion reaction. Magnetic fields generated by super-magnets then would contain the plasma to keep it from destroying the reactor.

A massive international project under construction in France that the United States is a part of — the International Thermonuclear Experimental Reactor — envisions a tokamak reaction. That project has made steady progress, but has also faced cost overruns and delays. In November, the organization reported challenges with first-of-a-kind components that needed “extensive repairs.”

What is the next step in fusion development?

Fearful that China might wind up dominating fusion energy in the second half of this century, Congress in 2020 told DOE to begin funding development of a utility-scale fusion pilot plant that could deliver at least 50 megawatts of power to the U.S. grid.

The pilot plant is to be a key test of whether fusion reactors can be workable and affordable as the nation’s everyday main source of electricity, observers say. DOE hopes that private companies will form teams of experts from national laboratories and universities to speed their research.

“We’re seeking strong partnerships between DOE and the private sector,” a senior DOE official told POLITICO’s E&E News recently. The official was not willing to speak on the record, saying the grant process is ongoing and confidential.

As the competition proceeds, DOE will set technical milestones or requirements, challenging the teams to show how critical engineering challenges will be overcome. DOE’s goal is “hopefully to enable a fusion pilot to operate in the early 2030s,” the official added.

At least 15 U.S. and foreign fusion companies have submitted requests for an initial total of $50 million in pilot plant grants, and some of them are pursuing the laser-ignition fusion process that Lawrence Livermore has pioneered, said Holland. He did not name the companies because the competition is confidential.

What are the key hurdles?

The ignition process that Lawrence Livemore scientists pioneered requires exacting maintenance of the laser cluster in between shots. A typical target costs $100,000 or more and requires hundreds of hours to construct, said British mathematician and author Arthur Turrell, who was present for one Lawrence Livermore shot.

Making this technology work on a commercial scale would escalate those requirements.

“Once you get a single shot working well, you have to repeat it, 10 times a second” to have a sustained commercial reaction, a senior DOE official said recently, speaking on condition of anonymity because DOE’s pilot plant program is in the confidential application stage. “That requires a laser that can fire 10 times a second. It is not fundamentally impossible, but it is very difficult from an engineering perspective.”

With tokamaks, reactors face the challenge of having to make their own fuel, breeding one of the hydrogen isotope fuels — tritium — inside the reactors. There also is a need to improve protection of the reactor from intense heat and neutron bombardment.

“It’s not straightforward once you’ve made fusion happen as we have, to go to commercial fusion,” said Steven Cowley, director of DOE’s Princeton Plasma Physics Laboratory, at a White House conference on fusion in April. “But we have the tools to do it.”

The steepest hurdle may be money. Companies have to prove there is a path to a cost for fusion that could be competitive, said Geoff Olynyk, a senior expert in sustainability at McKinsey & Co., in an interview.

“All of the fusion companies are targeting that, but there’s no proof that any of them can do it. The first demonstrations will be extremely expensive,” he said. “It’s a race right now to get some of these pilot plants online.”