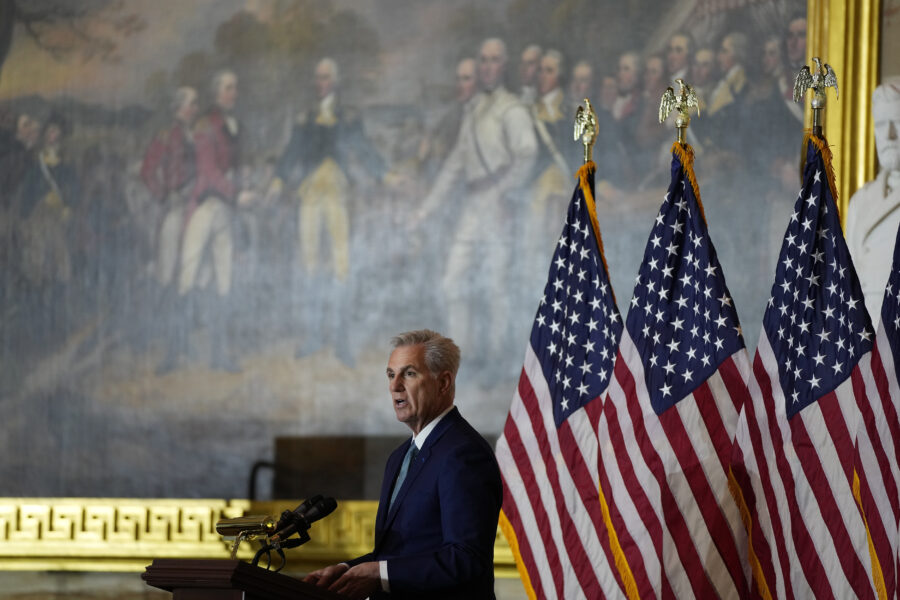 The group of conservatives wreaking havoc in the House GOP conference with their challenge to McCarthy’s bid for speaker is facing internal indecision that may hurt its ability to stay united, according to two Republicans familiar with dynamics in the Freedom Caucus. Most of the Californian’s right-flank critics are members of that dozens-strong Donald Trump-aligned bloc.

At the heart of the struggles among McCarthy foes is their lack of a clear plan to take down the GOP leader when the House meets on Jan. 3 to choose its next speaker. Five members openly opposed to McCarthy claim that they have a list of 20-plus detractors set to publicly emerge. But the group has still not agreed on one specific alternative speaker candidate, a major problem that makes their plotting appear slapdash at a time when a show of force is important to maintain momentum in their efforts to topple McCarthy.

“There’s no diminishment of that,” Good said in an interview. “There are more of those kinds of people coming to us and asking us what we’re looking for, because they’re interested in being speaker.”

Other central players in these strategy meetings include Reps. Chip Roy (R-Texas) and Lauren Boebert (R-Colo.), as well as Freedom Caucus Chair Rep. Scott Perry (R-Pa.). Boebert, who said she has made up her mind about her vote but not publicly revealed it, has raised outgoing Rep. Lee Zeldin (R-N.Y.) in these closed-door sitdowns as a potential alternative, according to these two people.

But Zeldin has signaled support for McCarthy, saying that he believes the current minority leader is backed by an “overwhelming number” of House Republicans.

Also openly seeking an alternative speaker candidate is Rep. Ralph Norman (R-S.C.), who has indicated he has a name in mind but declined to share it, saying it wouldn’t be “fair” to the person. Some fellow Republicans suspect he is rallying around former Rep. Jim Bridenstine (R-Okla.), who led NASA during the Trump administration and, like Zeldin, has taken himself out of the running.

Both Zeldin and Bridenstine would make history if they win any GOP floor votes for speaker, becoming two of a handful of non-sitting members to gain support.

Yet Norman also may be softening his previously stated hell-no stance on McCarthy for speaker. After taking a firm stance last month, Norman recently shifted to say he is a “no right now” and has four weeks to decide. 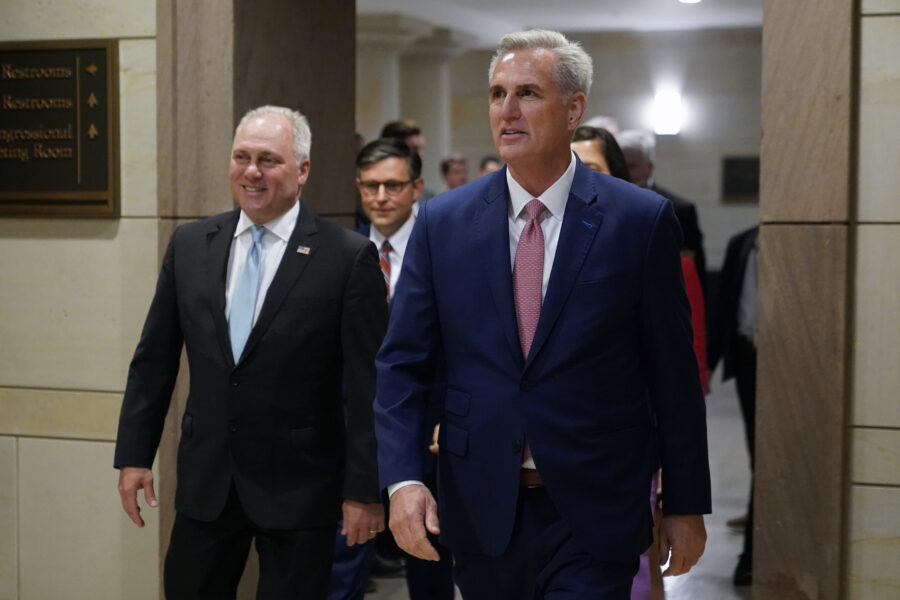 One member who’s already in leadership, current Minority Whip Steve Scalise (R-La.), has also been floated as a potential alternative speaker by McCarthy opponents, according to a Republican familiar with the talks. That’s despite Scalise’s personal avoidance of the prospect and statements that he is backing McCarthy, not to mention the skepticism among some Freedom Caucus members that McCarthy’s No. 2 would give them anything different as speaker, according to a different Republican.

Meanwhile, Rep. Matt Gaetz (R-Fla.) has long pushed names like Rep. Jim Jordan (R-Ohio), a Freedom Caucus co-founder. But the Ohio Republican has repeatedly embraced McCarthy, his onetime opponent turned ally, and is even seen as working to help him behind the scenes.

“I’m definitely talking to members about why I think it’s important for him to be speaker,” said Jordan, declining to specify if those discussions are one-on-one meetings or in group settings.

Conservatives admit that Rep. Andy Biggs (R-Ariz.), who lost to McCarthy in a conference-wide speaker nomination vote, isn’t a viable challenger but only a placeholder acting as a conduit for the right flank’s frustrations. And adamant opponents to the California Republican argue there’s little incentive for a “consensus” candidate to throw their hat into the ring right now. Such a move, they say, would only alienate the McCarthy supporters that a challenger would ultimately need to be elected — and put a target on their back.

“I think people realize … if somebody were to come out now and we didn’t deliver enough votes to stop Mr. McCarthy, that there would be a real potential for blowback. So I think that people are interested, they’ve expressed it to some of us,” the Arizona Republican and Freedom Caucus member said.

He added that he didn’t see the lack of an alternative name as a “real issue” for colleagues who are on the fence about supporting McCarthy, and that members were “for sure” being cautious about declaring themselves a “hard no.”

McCarthy opponents are well aware of the spotlight they’ve put themselves under, and are planning accordingly. A fourth Republican said some of its members have practiced how they will answer questions if the press asks them questions about their speakership vote.

And there is dueling pressure on the five McCarthy opponents. A grassroots base that is not keen on McCarthy has encouraged the group’s efforts, but powerful conservative names have started to lambast the rebellion — like conservative Fox News host Mark Levin going after Biggs. In the middle is a swath of Freedom Caucus members who haven’t yet said how they’ll vote on Jan. 3 and have continued to push for rules changes to empower themselves and other rank-and-file members.

“The Freedom Caucus … [is] not always going to agree and that’s the way this place is supposed to function,” Rep. Clay Higgins (R-La.) said.

It’s hardly the first time the Freedom Caucus has publicly cracked. The group has been having a post-Trump identity crisis as it debates its future in a GOP-controlled House starting in January. But that crisis reached the point where some members have been excluded from anti-McCarthy strategy meetings, as Biggs and other opponents try to ascertain who is actually partaking in their challenge to the GOP leader.

And despite the swirl of drama around the speaker fight, conservatives believe their tactics are at least partially paying off, leading to some rules concessions. Leadership has, however, shot down many of their more significant proposals that would have significantly curtailed McCarthy’s power.

Some are making a renewed push for those measures. Five Republicans who have not publicly said how they plan to vote — despite attending anti-McCarthy planning meetings as observers — have put forward a letter demanding the ability to move to depose the speaker without having a majority of the GOP conference, as well as other demands that include leadership staying out of primaries. The letter was signed by Perry and Roy, plus Reps. Dan Bishop (R-N.C.), Andrew Clyde (R-Ga.) and Paul Gosar (R-Ariz.) as well as two members-elect.

But according to one member who attended a meeting Thursday with McCarthy and some members making this new push, the GOP leader already dismissed their demands, which led them to issue the letter publicly.

Others say it is just a start: One McCarthy ally said the leader had worked “tirelessly” to address concerns about conference rules and committee assignments.

Additionally, Freedom Caucus members are closely watching the race for the top spot on the Homeland Security Committee, hoping a second member in their ranks will get a panel gavel. Freedom Caucus Rep. Mark Green (R-Tenn.) is running against Rep. Dan Crenshaw (R-Texas) for the role.

“I got nothing against Mr. Crenshaw. He’s a great guy, too. But Mark is a member of the Freedom Caucus and he’s a great member, so yeah, I think that matters some,” said Jordan, who’s expected to lead the Judiciary Committee next year.