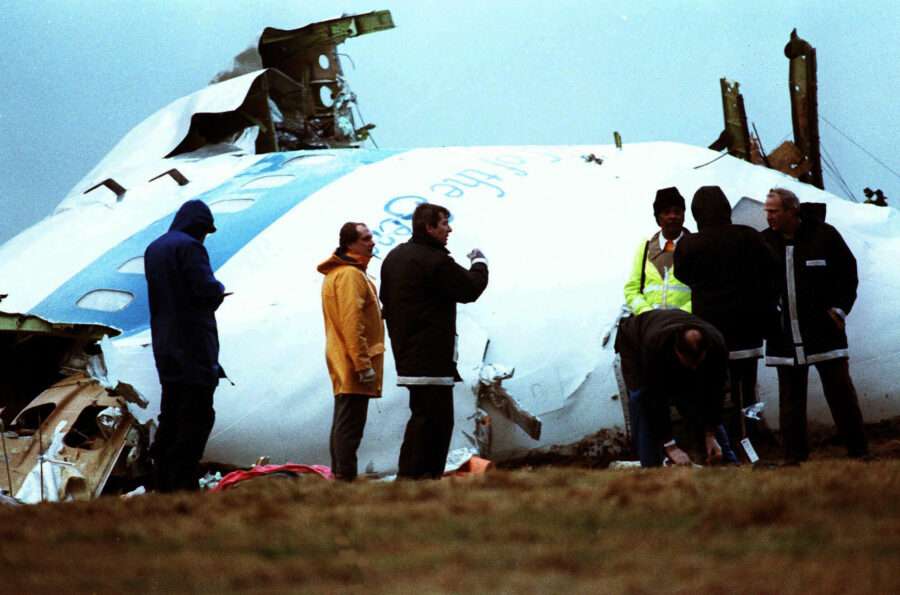 The announcement Sunday that a suspect in the 1988 bombing of Pan Am Flight 103 was in U.S. custody was greeted with relief by families of the victims who have sought closure for decades.

“This is what we’ve been fighting for,” Kara Weipz, president of the organization Victims of Pan Am Flight 103, told POLITICO on Sunday. Weipz’s brother, Richard Monetti, was a student at Syracuse University who was killed in the attack.

Abu Agela Mas’ud Kheir Al-Marimi, a Libyan man, is in U.S. custody on suspicion of the bombing, Scottish and American authorities said Sunday. He’s expected to appear in U.S. District Court in Washington, according to the U.S. Justice Department.

“For my family — for the memory of my father, Michael Bernstein — and for the families of the other 269 people murdered 34 years ago, this is overwhelming news,” New York Times reporter Joe Bernstein wrote on Twitter in response to the announcement.

The December 1988 midair bombing of Pan Am Flight 103, which killed 259 in the air and 11 on the ground in Lockerbie, Scotland, was one of the worst terrorist attacks against Americans before 9/11. A total of 190 Americans were among those killed on the flight that had just departed London’s Heathrow airport; 35 of those killed were students at Syracuse University coming home from a semester abroad.

“Today’s news is a significant milestone in a decades-long process to bring those responsible for this despicable act to justice,” Syracuse University Chancellor Kent Syverud said in a statement Sunday, reiterating the University’s support for victims’ loved ones.

Weipz, in Arizona to celebrate her son’s college graduation, was awakened to the news — “a whirlwind of a day,” she said. On Sunday morning, she received dozens of text messages every time she left her phone, she said.

Representatives have been in contact with U.S. officials every few weeks since December 2020, when charges were announced against Mas’ud, Weipz said. They’ve now sought justice through six presidential administrations.

“This was a major coordinated effort by many parts of our government, and we are just grateful,” Weipz said. She added: “Not that this is over by any stretch, but it’s a great first step.”

Libya, and then-dictator Moammar Gadhafi, have long been blamed for the attack — and a 1986 bombing of La Belle discotheque in Germany — and subsequent efforts to keep the bombers from being prosecuted internationally. The attack remains the deadliest terror attack to occur in Britain.

Mas’ud would be the first to stand trial in an American courtroom for the attack.

“I thought perhaps I was dreaming,” Stephanie Bernstein, who was married to Michael Bernstein when he was killed, said about receiving the news of the arrest. “But it was — it’s a reality.”

Bernstein had been skeptical Mas’ud would ever be arrested by American officials and didn’t know if he was still alive, she said.

“This was not a certain thing,” Bernstein said of the arrest.

Bernstein credited the Biden administration and the federal government for their attention to the case after decades. She drew a line to the administration’s successful efforts to make a deal to get basketball star Brittney Griner out of a Russian prison last week, and said both showed a commitment to Americans overseas.

Ken Dornstein, whose brother was killed in the attack, wrote and produced a PBS “Frontline” documentary series that investigated Mas’ud’s role in the bombing.

“If there’s one person still alive who could tell the story of the bombing of Flight 103, and put to rest decades of unanswered questions about how exactly it was carried out — and why — it’s Mr. Mas’ud,” Dornstein said in an email to the New York Times, after he learned Mas’ud was in custody. “The question, I guess, is whether he’s finally prepared to speak.”

In 2017, U.S. officials obtained a copy of an interview in which Mas’ud told Libyan law enforcement that he built the bomb used to attack the flight, and worked with two others to carry it out, according to American officials.

“The suffering that they’ve gone through all of these years and not having anybody truly held accountable for this horrific act that was committed against their family members and loved ones — finally we have an answer,” Keane said.

In 2001, former Libyan intelligence officer Abdelbaset al-Megrahi was convicted of bombing the flight, and he’s the only person to be convicted over the attack. He was freed in 2009 on compassionate grounds because he was terminally ill with cancer, and he died in Libya in 2012.

The Associated Press contributed to this report.