For the past year and a half, an American citizen has been languishing in a series of Russian prisons, serving a lengthy sentence for attempting to enter the country with a small quantity of medical marijuana — but that American is not Brittney Griner.

That prisoner’s name is Marc Fogel, and unlike Griner — who returned to the United States this week after the Biden administration secured her release in a high-profile prisoner swap — Fogel’s prospects for getting home remain far from certain.

Fogel’s case bears a striking similarity to Griner’s, which has captured national headlines since the WNBA star was detained in Russia in February 2022. Like Griner, Fogel — a 61-year-old history teacher from Pennsylvania who lived in Russia while teaching at the Anglo-American School in Moscow — was taken into custody by Russian authorities in August 2021 after customs officials at a Russian airport discovered around half an ounce of medical marijuana stashed in his luggage. The drugs had been prescribed to him by doctors in the U.S. to help treat chronic pain stemming from a series of injuries and operations, but Fogel’s reasons didn’t matter. Ten months later, in June 2022, a Russian court convicted him of drug trafficking charges and sentenced him to 14 years in prison. In October, Fogel was transferred from a Moscow detention center to one of Russia’s notorious penal colonies, where he is slated to serve the remainder of his sentence.

But if the facts of Fogel’s case closely resemble those of Griner’s, the public response to the two cases has been dramatically different. Coming in the weeks before Russia’s invasion of Ukraine, Griner’s arrest sparked an international outcry, with many observers arguing that Griner had been taken as a bargaining chip in Russia’s increasingly tense confrontation with the United States. In May, the State Department determined that Griner was being “wrongfully detained,” a designation that established the legal basis for her release this week in a one-for-one prisoner exchange for Russian arms dealer Viktor Bout.

Fogel, by contrast, has garnered little public attention. The State Department has not granted him “wrongfully detained” status, despite repeated appeals from a bipartisan group of lawmakers and Fogel’s lawyers. (A spokesperson for the State Department declined to comment on the specifics of Fogel’s case, saying: “The Department continuously reviews the circumstances surrounding the detentions of U.S. nationals overseas, including those in Russia, for indicators that they are wrongful.”) In the media, Fogel’s detention has been overshadowed by the coverage of Griner and Paul Whelan, an American businessman and former Marine who has been held in Russia since 2018 on espionage charges.

“It’s a bit mysterious to me why we [aren’t] talking about three Americans — now, thankfully, two Americans — instead of just one,” said Michael McFaul, the former U.S. ambassador to Russia, whose son was a student of Fogel’s at the Anglo-American School.

“He’s not just some random guy that got arrested — he was part of our community,” said McFaul. “He taught our kids, the kids of U.S. government officials and he taught our military’s kids.”

With Griner now released, pressure is mounting on the Biden administration to turn its attention to Fogel. On Thursday, Reps. Guy Reschenthaler (R-Pa.) and Mike Kelly (R-Pa.) called on the White House to prioritize Fogel for future prisoner exchanges and reiterated prior requests that the State Department reclassify Fogel as wrongfully detained. Fogel’s family, meanwhile, have met with senior officials in the State Department, but they remain largely in the dark about the status of any negotiations for Fogel’s release.

“We’re not privy to any of that information,” said Anne Fogel, Marc’s sister, in an interview. “They’re telling us that they’re working on it, but we just don’t know.”

During Fogel’s trial in Moscow earlier this year, Russian prosecutors painted the Pennsylvania native as a dangerous drug trafficker with shady ties to the U.S. government. But Fogel’s resume hardly presents a convincing picture of a menacing international criminal.

According to his sister, Fogel and his wife, Jane, had always enjoyed living abroad, and they spent the three decades before Fogel’s arrest traveling around the world, teaching in international schools and raising their two sons, Sam and Ethan. After stints in Colombia, Venezuela, Oman and Malaysia, the Fogels landed in Moscow in 2012, where Marc had secured a position teaching history at the ritzy Anglo-American School, a private school catering to American diplomats and other international political elites. 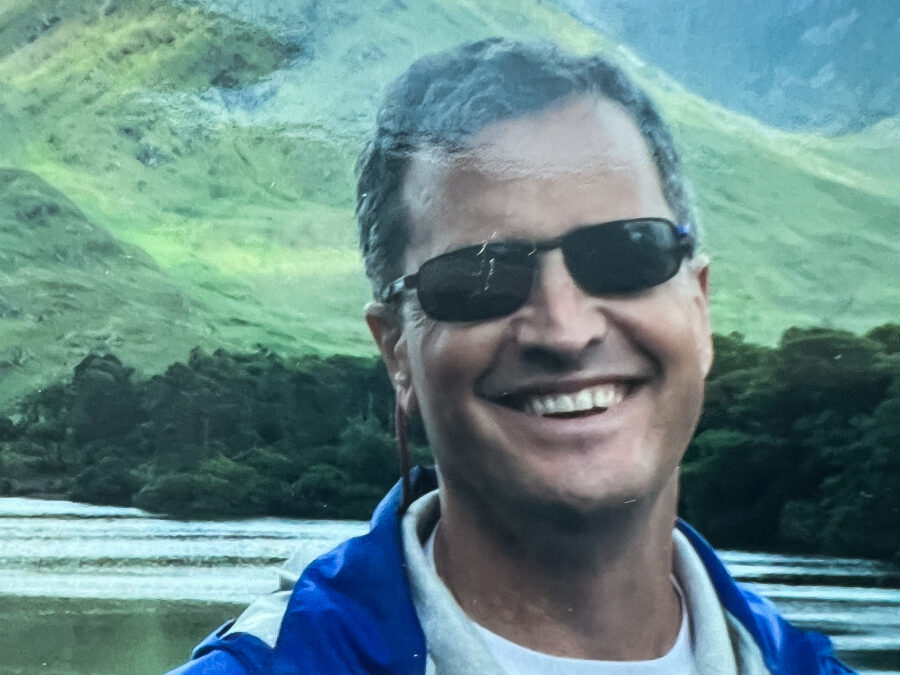 In late August 2021, the Fogels were returning to Moscow following a visit to their home in Oakmont, Pa., when Marc was stopped by customs officers at Moscow’s Sheremetyevo airport — the same airport where, roughly six months later, Griner would have her initial run-in with the Russian authorities.

In Fogel’s bag, the officials found 14 vape cartridges containing hash oil, along with some loose marijuana flower. In total, Fogel’s stash added up to around 17 grams of cannabis — less than an ounce.

At trial, the Russian government accused Fogel — who freely acknowledged using medical marijuana to manage his chronic pain — of plotting to distribute the cannabis products. But Fogel’s lawyers say the smuggling charges were entirely unsubstantiated by the evidence.

“It makes so little sense when you compare the sentence and the nature of the offense that it can only be explained by politics,” said Tom Firestone, a former legal adviser to the U.S. embassy in Moscow and a member of Fogel’s legal team. “There are cases of leaders of drug trafficking organizations getting shorter sentences than Marc. There are murderers who have gotten 10 years.”

According to McFaul, Fogel’s arrest fits with Russia’s broader practice of detaining American citizens on trumped-up charges, sentencing them to unusually long prison sentences, and then leveraging their freedom to secure the release of high-profile Russian nationals. In April of this year, for instance, the Kremlin secured the release of Russian drug smuggler Konstantin Yaroshenko, who was convicted in 2011 of smuggling over $100 million worth of cocaine into the United States, in exchange for former U.S. Marine Trevor Reed, who had been sentenced to nine years in prison in Russia for engaging in a “physical altercation” with a Russian police officer.

“The Russians have decided that this is the right way to go — arresting somebody like Griner as a way to get [Russian nationals] out,” McFaul said. “[Bout’s release] will be a huge victory for Putin, because they’ve been talking about getting him out for years.”

A prisoner exchange isn’t the only way for the U.S. government to secure the release of Americans imprisoned abroad — the State Department can also request that prisoners be released on humanitarian grounds — but a swap is increasingly looking like Fogel’s best chance of returning home, Firestone said. In August, a Russian court rejected Fogel’s legal appeal, and a request by the State Department that Russia release Fogel on humanitarian grounds has gone unanswered.

“[Griner and Reed] were gotten back through prisoner exchanges, so if those are any indication, then I think that’s probably Marc’s best bet as well,” said Firestone. “We’re worried about him in the Russian prison facilities, and we really hope that the administration will do everything possible to bring him home as soon as possible.”

But according to Anne Fogel, State Department officials have discouraged Fogel’s family from too aggressively pursuing an “unlawfully detained” designation — without offering them a clear explanation of why securing that designation isn’t an important step toward securing his release.

“They’re not giving us any reason at all,” said Anne. “I feel it’s pretty disingenuous, frankly.”

Halfway through my phone call with Anne, she paused mid-sentence. She was getting a call on the other line.

Ten minutes later — calls from the penal colony only last for 10 minutes — my phone rang again.

“He’s trying to stay positive,” said Anne, a quiver of sadness now detectable in her voice. “He said if people are talking about it, then maybe that’s okay.”

According to Anne, Fogel has always been clear-eyed about his prospects of being released before Griner. He knows that diplomacy is a messy and uncertain business, she said, and he suspected that, if presented with the choice, the government would move forward with Griner’s release, even if that meant temporarily leaving him behind.

Fogel’s family doesn’t begrudge Griner her freedom, but now that she is safely home, they want the country to look at Marc in the same way that they looked at Griner.

“Brittney Griner is every bit as impressive as Tom Brady, and World World III would have happened if Tom Brady had been captured,” Anne said. Her brother, she said, is no less a star: “What I want people to know is that if there was a Hall of Fame for history teachers, he would be in it. He’s every bit as at the top of his field.”