Arizona Sen. Kyrsten Sinema is changing her party affiliation to independent, delivering a jolt to Democrats’ narrow majority and Washington along with it.

In a 45-minute interview, the first-term senator told POLITICO that she will not caucus with Republicans and suggested that she intends to vote the same way she has for four years in the Senate. “Nothing will change about my values or my behavior,” she said.

Provided that Sinema sticks to that vow, Democrats will still have a workable Senate majority in the next Congress, though it will not exactly be the neat and tidy 51 seats they assumed. They’re expected to also have the votes to control Senate committees. And Sinema’s move means Sen. Joe Manchin (D-W.Va.) — a pivotal swing vote in the 50-50 chamber the past two years — will hold onto some but not all of his outsized influence in the Democratic caucus.

Sinema would not address whether she will run for reelection in 2024, and informed Senate Majority Leader Chuck Schumer of her decision on Thursday. 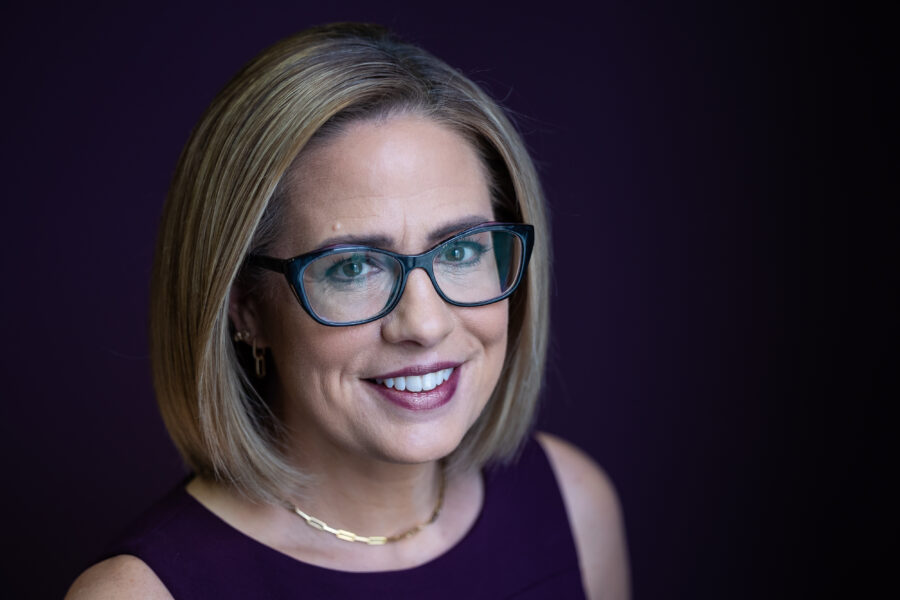 She said her closely held decision to leave the Democratic Party reflects that she’s “never really fit into a box of any political party” — a description she said also applies to her fiercely independent state and millions of unaffiliated voters across the country.

Sinema has a well-established iconoclastic reputation. She competes in Ironman triathlons, moonlighted at a Napa Valley winery and often hangs out on the GOP side of the aisle during floor votes.

The 46-year-old said her party switch is a logical next step in a political career built on working almost as closely with Republicans as she does with Democrats. That approach helped her play a pivotal role in bipartisan deals on infrastructure, gun safety and same-sex marriage during the current 50-50 Senate. It’s also infuriated some Democrats, particularly her resistance to higher tax rates and attempts to weaken the filibuster.

Her move will buck up her GOP allies and is certain to embolden her Democratic critics, at home and on the Hill. Sinema said that “criticism from outside entities doesn’t really matter to me” and she’ll go for a “hard run” after her announcement becomes public, “because that’s mostly what I do Friday mornings.”

Even before her party switch, she faced rumblings of a primary challenge in 2024 from Rep. Ruben Gallego (D-Ariz.). Becoming an independent will avoid a head-to-head primary against Gallego or another progressive, should she seek reelection. A theoretical general-election campaign could be chaotic if both Democrats and Republicans field candidates against her.

Sinema asserted she has a different goal in mind: fully separating herself from a party that’s never really been a fit, despite the Democratic Party’s support in her hard-fought 2018 race. That year she became the first Democrat in three decades to win a Senate race in Arizona, defeating former Sen. Martha McSally (R-Ariz.).

Sinema wouldn’t entertain discussions of pursuing a second Senate term: “It’s fair to say that I’m not talking about it right now.”

“I keep my eye focused on what I’m doing right now. And registering as an independent is what I believe is right for my state. It’s right for me. I think it’s right for the country,” she said, adding that “politics and elections will come later.”

Still, she did dismiss one possibility that her new independent status may raise for some: “I am not running for president.”

It’s been a decade since the last Senate party switch — when former Pennsylvania Sen. Arlen Specter left the GOP to become a Democrat — and even longer since former Sen. Joe Lieberman switched from Democrat to independent. Manchin routinely bats away rumors that he’s leaving the Democratic Party.

Sinema said she’s not directly lobbying anyone to join her in leaving either the Democratic Caucus or GOP Conference, saying that she’d like the Senate to foster “an environment where people feel comfortable and confident saying and doing what they believe.”

What that means practically is continuing to work among the Senate’s loose group of bipartisan dealmakers, some of whom are retiring this year. She’s already connected with Sen.-elect Katie Britt (R-Ala.) about working together.

And she maintains a relationship with House Minority Leader Kevin McCarthy that could come in handy with a GOP House and a Democratic Senate: “We served together for a long time, we’re friends,” she said of McCarthy.

She insisted that she won’t deviate from her past approach to confirming Democratic presidential appointees, whom she scrutinizes but generally supports, and said she expects to keep her committee assignments through the Democrats (she currently holds two subcommittee chairmanships). Nor, she said, will anything change about her ideology, which is more socially liberal than most Republicans on matters like abortion and more fiscally conservative than most Democrats.

She said she maintains good relationships with Biden and the Senate majority leader as well as Minority Leader Mitch McConnell, who invited her to give a closely watched speech on bipartisanship in his home state several months ago.

Unlike independent Sens. Bernie Sanders (Vt.) and Angus King (Maine), Sinema won’t attend weekly Democratic Caucus meetings, but she rarely does that now. She isn’t sure whether her desk will remain on the Democratic side of the Senate floor.

And Sinema — who served three terms in the House and as a state legislator before her Senate election — said that Sen. Raphael Warnock’s (D-Ga.) Tuesday reelection victory “delighted” her. Warnock’s win will probably take some sting out of her decision for Democrats, but Sinema said she was not waiting on the results of the Georgia runoff election, which appeared to give her a party a real majority for the first time since 2014.

Her announcement is “less about the timing,” she said. “It’s really about me thinking how can I be most productive? How can I be true to my core values, the values of my state, and how do I continue being a really productive but independent voice for Arizona?”

Not that she wants any part in figuring out exactly how many seats they control now that she’s out of the Democratic Party.

“I would just suggest that these are not the questions that I’m interested in,” Sinema said. “I want people to see that it is possible to do good work with folks from all different political persuasions, and to do it without the pressures or the poles of a party structure.”

She approaches the Senate by looking for legislative opportunities to dive into headfirst — usually with a Republican partner. And those tactics bear fruit. She cited her work with retiring Sen. Rob Portman (R-Ohio) on the $550 billion Biden-blessed infrastructure law as a model. At the moment, she’s executing a similar play with Sen. Thom Tillis (R-N.C.) on immigration reform, another issue that’s bedeviled legislators for decades.

“We are working together on definitely the most difficult political issue of all of our careers,” Sinema said of her immigration talks with Tillis. “I don’t know that I can give you an answer on where we are, or where we’re gonna go. What I can tell you is that we have very deep trust with each other.”

While Sinema has worked frequently with a handful of Republicans, it’s hard to imagine a GOP majority entertaining Sinema’s policy priorities in the same way the Democrats have. Under McConnell, the Senate has often focused more on judicial nominees than sweeping legislation.

Sinema said she’s not sweating how any future changes in Senate control affect her work. “Partisan control is a question for the partisans,” she said, “and not really one for me.”