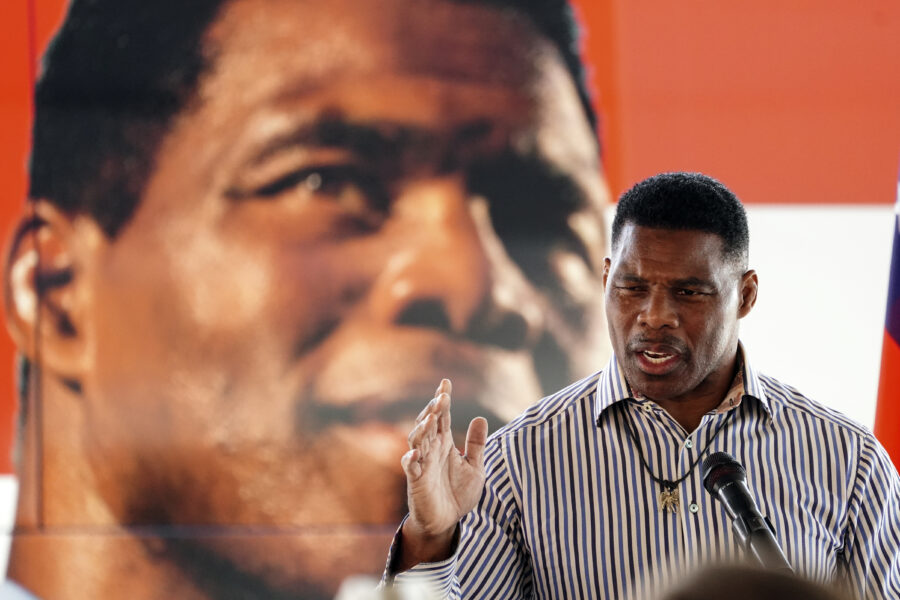 ATLANTA, Ga. — Herschel Walker defended his campaign strategy less than four days before the Georgia Senate runoff and denied that he has been avoiding questions from voters and mainstream news organizations, telling POLITICO in an exclusive interview that “I’ve been talking to as many [voters] as I can. … I’ve never been hiding.”

“We’re in this runoff here and we’re going to win this thing,” Walker said.

Walker traveled to meet voters on his home turf on Saturday, holding a tailgate-style meet and greet before his alma mater, the University of Georgia, prepared to play in the SEC championships outside the Mercedes-Benz Stadium in Atlanta.

The event, which was not listed on his public schedule, was one of at least two the Republican Senate candidate scheduled in the final weekend before Election Day on Tuesday.

Walker was known for his jam-packed schedule throughout the primary season but in the last two weeks, he’s had fewer public events than his opponent, Sen. Raphael Warnock (D-Ga.). Walker recently picked up the pace with an “Evict Warnock” bus tour.

He has also avoided taking questions from reporters except for interviews with Fox News, often with a surrogate such as GOP Sen. Lindsey Graham at his side.

In a short conversation with POLITICO on his campaign bus, Walker denied that his campaign team was hiding him too much from voters and the press, saying, “Nope, they haven’t.”

Walker, as he does at most events, received a long line of potential Georgia voters for photos, handshakes and short greetings. At the UGA tailgate event, he first started meeting voters one by one inside his bus because of the rain before moving outside under a tent.

Walker is challenging Warnock in what is Georgia’s third Senate runoff election in less than two years. Unlike the 2020 runoff, however, control of the Senate is already decided. Both parties have worried that this could decrease motivation to turn out to vote, and both have launched an all-hands-on-deck effort to turn out voters using outside organizing groups and fly-in visits from national figures.

Walker said he hasn’t seen any lack of enthusiasm from voters.

The House will be controlled by a narrow Republican majority next year and will not be evenly split between both parties.

In a final question in the short interview, POLITICO asked why in what was expected to be a wave year for Republicans, Walker ended up in a runoff.