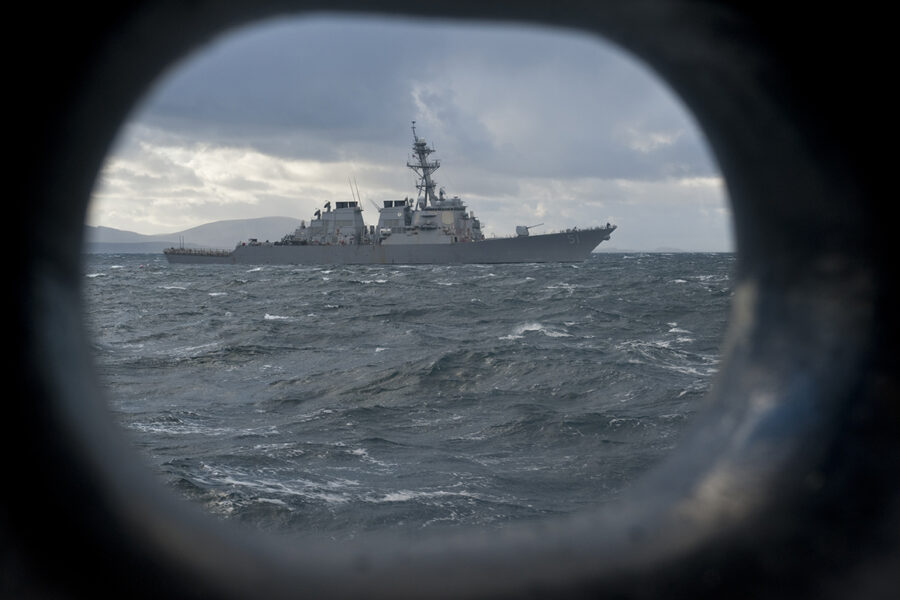 SIMI VALLEY, Calif. — Defense Department officials have compiled a list of dire consequences if the military is forced to operate under a one-year stopgap funding bill for the first time in history — from aid to Ukraine to procurement of the new B-21 stealth bomber.

The warnings, along with a recent letter from Defense Secretary Lloyd Austin to Congress, reflect increasing alarm in the top ranks of the Pentagon as congressional leaders face the prospect of missing critical deadlines to fund the government through next year.

A yearlong continuing resolution, or CR, would slash funding for DoD by $29 billion, or 3.7 percent, compared to President Joe Biden’s request for fiscal 2023, according to conversations with senior DoD officials and internal documents exclusively obtained by POLITICO.

Operating under a short-term spending bill is nothing new to the Pentagon, which has seen CRs 13 out of the last 14 years. Every year, DoD leaders warn that the stopgap measure — which limits funding to the previous year’s levels and bars the department from starting most new programs — erodes military readiness and puts key programs at risk. It’s a common tactic to pressure lawmakers to come to an agreement before any significant damage is done, and it’s typically successful.

But this year is different, officials said: A longer, one-year CR would be a major crisis for DoD.

“I still have trouble believing that a full-year CR would be doable for us. It’s a great threat, great threat,” DoD Comptroller Michael McCord said on the sidelines of the Reagan National Defense Forum on Saturday. “It would be a bad reality.”

The messaging mirrors Austin’s letter sent to congressional leaders and appropriators on Sunday, in a rare rebuke.

“We can’t outcompete China with our hands tied behind our back three, four, five or six months of every fiscal year,” he said in the letter, which was first reported by POLITICO.

Congress faces a Dec. 16 deadline to strike a deal on full-year funding but is widely expected to pass a short-term funding patch to continue negotiations. After the short-term patch runs out, a yearlong CR is a possibility if appropriators can’t agree on a long-term spending bill. This week, House Speaker Nancy Pelosi said a full-year continuing resolution is possible, calling it a “last resort”.

McCord said he is “somewhat optimistic” that lawmakers can get an omnibus bill done by the end of the year, but he is concerned about the possibility of a yearlong CR because he has not heard that appropriators have reached a framework agreement yet.

Top Democrats and Republicans on Capitol Hill have said they want to finalize a package to fund the federal government in the final weeks of the congressional session this month rather than punt it to next year, when a divided Congress might not be able to forge an agreement.

Bipartisan defense policy legislation set for a vote in the House next week endorses a $45 billion increase to Biden’s Pentagon budget — meaning that under a long-term CR, DoD loses that increase in addition to the $29 billion shortfall.

In the event of a yearlong CR, McCord said he would try to get relief by asking Congress for “very substantial, possibly unprecedented ability to move money around.” More likely, DoD will submit a list of “anomalies” — critical programs that would be exempted from the CR.

In that case, McCord said his top priorities would be the nuclear triad, particularly the B-21, hypersonic programs, and potentially a multiyear contract for Arleigh Burke-class destroyers. In addition, DoD would have to “look hard” at industrial base concerns for munitions needed for the Ukraine conflict and a possible Indo-Pacific contingency, he said.

A full-year CR would deny nearly $5 billion in funding to modernize the nuclear triad, the documents say, at a time when China is racing to expand its own arsenal.

It would halt procurement of the new B-21 Raider just as the Pentagon is scheduled to move from the research and development stage to procurement. The Air Force’s fiscal 2023 budget request calls for spending $1.8 billion on B-21 procurement; under a year-long CR, that funding would be limited to just $108 million, preventing the shift to the next stage.

To much fanfare, Austin unveiled the B-21 in a ceremony at Northrop Grumman’s Palmdale, Calif., plant on Friday, and the plane is expected to start flying next year. 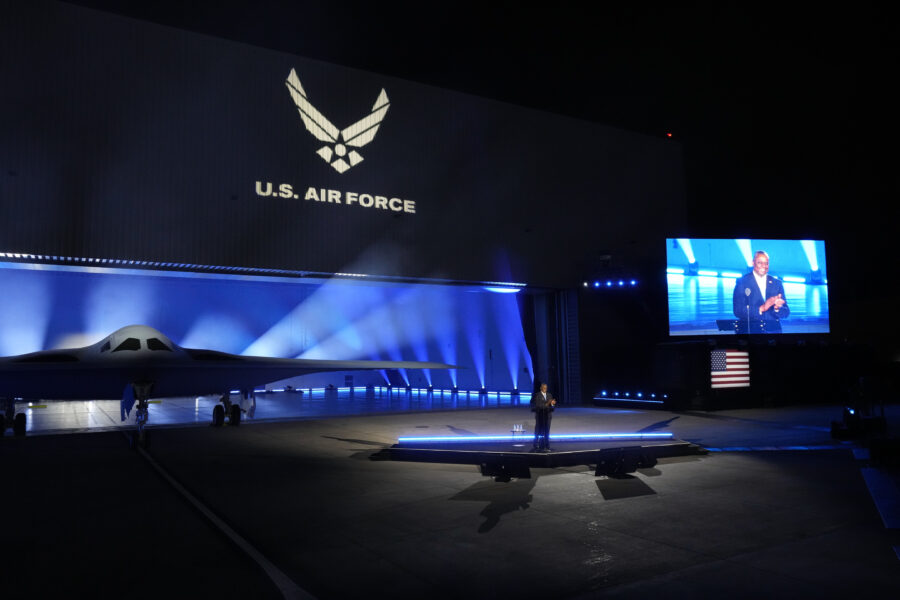 A yearlong CR would also halt two construction products that will support the new bomber, including support and maintenance facilities at the B-21’s main operating center at Ellsworth Air Force Base.

Meanwhile, funding cuts to advance purchases for the new Columbia-class ballistic missile submarine would delay construction for three planned boats — SSBNs 827 through 830 — forcing the Navy to miss its deadline to begin operations in fiscal 2031. The Columbia class requires $2.4 billion by Jan. 16, 2023, but under a CR funds stay at the fiscal 2022 level of $1.8 billion.

Missing this deadline would create a gap between when the Ohio-class submarines retire and the new submarines come online because “there is no schedule margin left,” according to the documents.

Senior DoD officials are also concerned that a yearlong CR could halt military aid to Ukraine that comes from the department’s base budget, including replacing munitions expended in the fight. The bulk of the funding for Ukraine has been through supplemental funding bills, which could be attached to a CR. But if lawmakers can’t get a deal on a funding bill or a Ukraine supplemental, DoD will run out of money for Kyiv in the spring, McCord said.

“Ukraine is in a kinetic fight, and we are their No. 1 helper,” McCord said. “If they run out of ammo, they’re in a bad place.”

A yearlong CR could also delay industrial base improvements for several key systems, including the Abrams tank and the M777 towed howitzer, which is among the weapons the U.S. military is donating to Ukraine.

A yearlong CR would also reduce funding for the Navy’s shipbuilding projects by $1.4 billion, causing delays, cost increases and work stoppages for the new carrier, the Enterprise. The cut would delay the start of construction on the new Virginia-class submarine and the nuclear refueling of the USS Harry S. Truman, which is necessary for it to complete its 50-year service life.

Since CRs also prohibit the start of new multiyear procurement contracts, the scenario would prevent the Navy from awarding such a contract for Arleigh Burke-class destroyers.

The largest shortfall would be in military personnel ($6.8 billion), operation and maintenance ($13.8 billion), and research, development, test and evaluation ($10.7 billion). Family housing will be cut by $86 million, or 7.6 percent. Military members and DoD civilians would be denied a promised 4.6 percent pay raise and an increase to basic housing allowances. There could also be a risk of civilian furloughs.

Military construction accounts would be funded at higher levels than requested, because the administration’s fiscal 2022 budget request for that account was higher than the one for fiscal 2023. But that excess $3.2 billion would not be usable because of the CR restrictions to new projects.

A full-year CR would also prevent the military from beginning 97 major construction and housing projects, including the Army Child Development Center at Fort Polk in Louisiana.

In order to stay within funding levels required by the CR, the military would have to take actions that would significantly impede readiness, the list says. For example, the Pentagon would need to stop offering new enlistment and reenlistment bonuses at a time when recruiting is at an all-time low, resulting in fewer people coming to boot camp and higher recruiting and training costs.

Connor O’Brien contributed to this report.