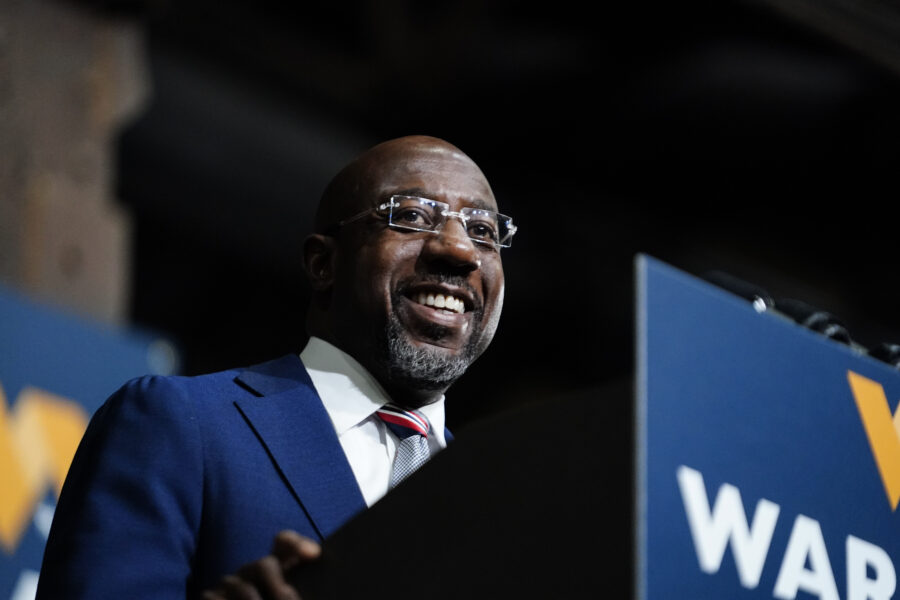 SAVANNAH, Ga.— In the final hours of the last day of early voting in the Georgia Senate runoff election, Sen. Raphael Warnock, flanked by local elected officials and faith leaders, led a crowd of about 100 supporters in a march from the Deliverance Prayer Tower to an early voting center on Friday. There, a line of hundreds snaked more than halfway around a large DMV office.

Warnock, who was elected in 2020, is fighting to win his first full, six-year term in the U.S. Senate in a runoff on Tuesday. He bested Republican challenger Herschel Walker by just 37,675 votes in the midterm election, but didn’t clear the 50 percent threshold to avoid a runoff.

Now both campaigns are focused on getting voters to turn out for the third Senate runoff election in Georgia in less than two years. Tens of millions dollars in advertising, countless robo-text messages and door knocks by both campaigns and outside groups have been directed in that effort.

“If you have already voted, spend all weekend calling the folks who haven’t voted, or you don’t know if they voted,” Warnock told the crowd. “Call them — that’s your job. Your job is not over.”

The event was part of what is often called “Souls to the Polls” events, where faith leaders like Warnock, who is also a senior pastor at Ebenezer Baptist Church in Atlanta, host events that end with attendees voting. These events, often held at predominantly Black churches, are also key to engaging Black voters, a core constituency of the Democratic Party.

“Just because you have a right doesn’t mean you have realistic access. So when they told us we couldn’t vote on Saturday,” Warnock told the crowd before the march to the polls. “I prayed about it and then I sued. And we won.”

Georgia has since broken turnout records for single-day totals of early voting, and more than 1.4 million people have already voted across the state, according to the most recent available data.

Last Saturday, Warnock marched with civil rights activist and former Ambassador to the UN Andrew Young at a Souls to the Polls event in Atlanta. As a senior pastor at Ebenezer, the former church of Martin Luther King Jr., Warnock said he’s been able to learn about the importance of fighting for the right to vote from Young and other members of the Civil Rights movement. 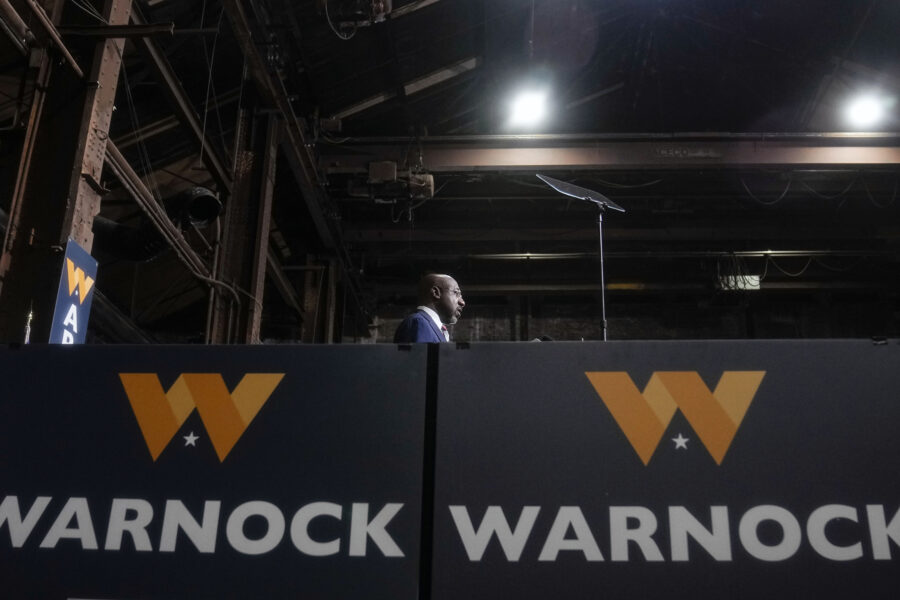 Warnock’s message was echoed by local elected officials and faith leaders who also rallied with the crowd to encourage voter turnout.

“If you haven’t gotten your peach [voting sticker] yet, you need to go over there and get in the line,” said former Savannah Mayor Otis Johnson. “Between now and Tuesday, we’ve got to call all of our friends, our relatives, even those who we hate, and tell them they better vote.”

At an earlier event with faith leaders from Savannah, Warnock added another call to action.

“You can encourage your people to go and vote. That does not endanger your 501(c)3 at all,” Warnock said, referring to the tax-exempt status of churches. “Tell them you choose who to vote for, but please show up and vote… It’s the right thing to do for our democracy. I think it’s the right message for people of faith.

“And honestly,” Warnock added, “given the stark difference between me and my opponent, you don’t need to tell them who to vote for.”

But strong early voting numbers — as Warnock said at his events — is not necessarily a hint to the outcome of Tuesday night’s result.

After the first day of early voting, Walker’s campaign manager, Scott Paradise, tweeted that he believed this could be a good sign for his first-time candidate because of strong showings in Republican-leaning and rural counties.