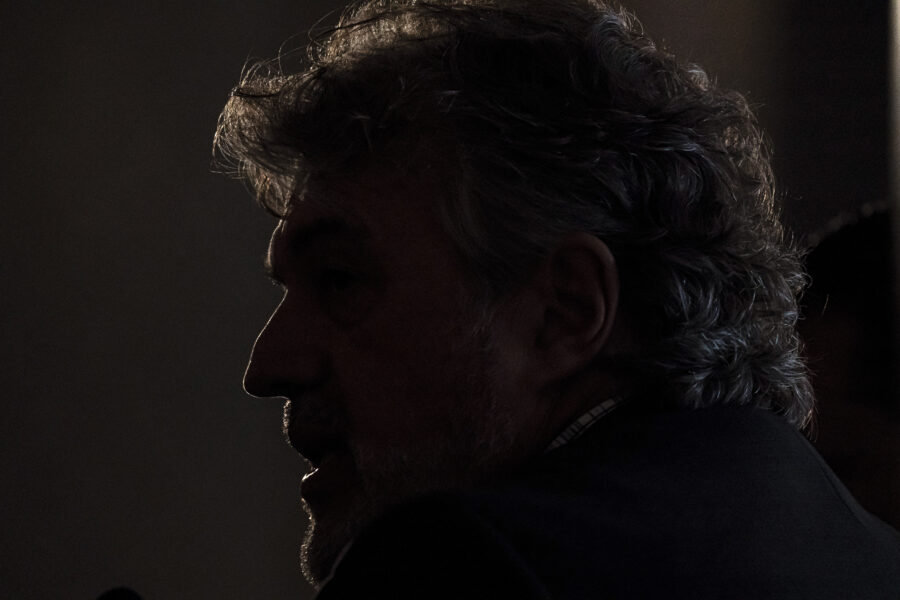 The Democratic National Committee voted on Friday to radically alter its presidential nominating calendar, following President Joe Biden’s recommendations to elevate South Carolina as the first primary state and to eliminate Iowa, breaking with a half-century of historical precedent. But there are still several logistical hurdles for the party to clear to make the new vision a reality.

The DNC is on track to reshape its primary calendar after dissatisfaction with the traditional first state, Iowa, boiled over in 2020. Members of the party’s Rules and Bylaws Committee, charged with recommending a new calendar, gave a near-unanimous vote of approval on Friday for Biden’s proposal, with only minor tweaks to the dates and two ‘no’ votes from Iowa and New Hampshire members. The revised proposal would see South Carolina host the first 2024 presidential primary on Feb. 3, a Saturday, followed three days later by New Hampshire and Nevada. Georgia would then hold an early primary on Feb. 13, and Michigan would hold its contest on Feb. 27. Iowa would be out of the early lineup altogether.

The proposal essentially seals Iowa’s fate, killing off the first-in-the-nation caucus that has held the coveted and influential perch at the front of the nominating process since the 1970s. It could also spell the end for New Hampshire, as Democrats there threaten to still hold their presidential primary first, a move they insist they must do to comply with state law.

The DNC will require the new group of five early states to “certify” or provide updated information about moving their primary date by Jan. 5, 2023. If they fail to do so, the waivers allowing them to go early are “automatically null and void,” according to a DNC staff member, meaning that the state will fall out of the early window.

Notably, the DNC also added a rules amendment to require early states interested in remaining early states in 2028 to apply for that status by the fall of 2026, a move that sets in place a system to revisit the early window every four years.

Yet while DNC members follow throughed on the president’s recommendation, the actual mechanics of putting another primary in front of New Hampshire’s and bumping Georgia’s forward into the early-state window could prove complicated. 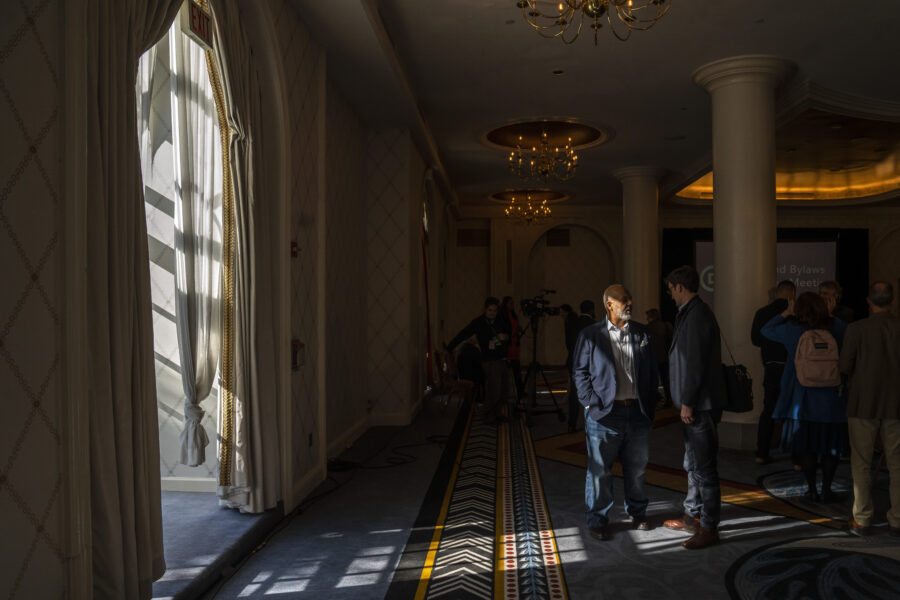 In Georgia, the DNC must work with Republican-controlled state legislatures and governors to change the dates of their primaries. The Republican National Committee, which has an open presidential nominating contest in 2024, voted this year to affirm its current early-state lineup of Iowa, New Hampshire, South Carolina and Nevada.

Meanwhile, New Hampshire state law gives election officials the power to make sure its presidential primary is the first in the nation — and the DNC’s traditional method of punishment for breaking ranks, withholding delegates, would hold less weight in a state whose political stature has never stemmed from the small number of convention delegates it gets. Democratic elected officials from New Hampshire reacted furiously to the plan on Thursday, pledging to continue holding the nation’s first Democratic presidential primary.

Friday’s meeting brings to a close months of public and private lobbying of Democratic leaders from states interested in the prestige and clout that comes with an early presidential primary.

It effectively ended the hopes of Iowa maintaining its first-place seat, after its 2020 caucus debacle piled on top of intense scrutiny for its predominantly white population. Biden’s support for Michigan also closed off early-state hopes for Minnesota, another Midwestern state. Democratic Farmers-Labor Party Chair Ken Martin essentially conceded his effort Thursday night, according to several sources who attended the private meeting.

The DNC reopened its presidential nominating process earlier this year, after it came under increasing pressure inside and outside the party to diversify the slate of early states and to prioritize competing in general election battleground states. And in Biden’s recommendations, he also called on the committee to review the early nominating process every four years, a signal from the White House that it does not want states to have a lock on the coveted positions.

The proposal passed by the DNC’s Rules and Bylaws Committee will go before the full DNC for a vote in early 2023. 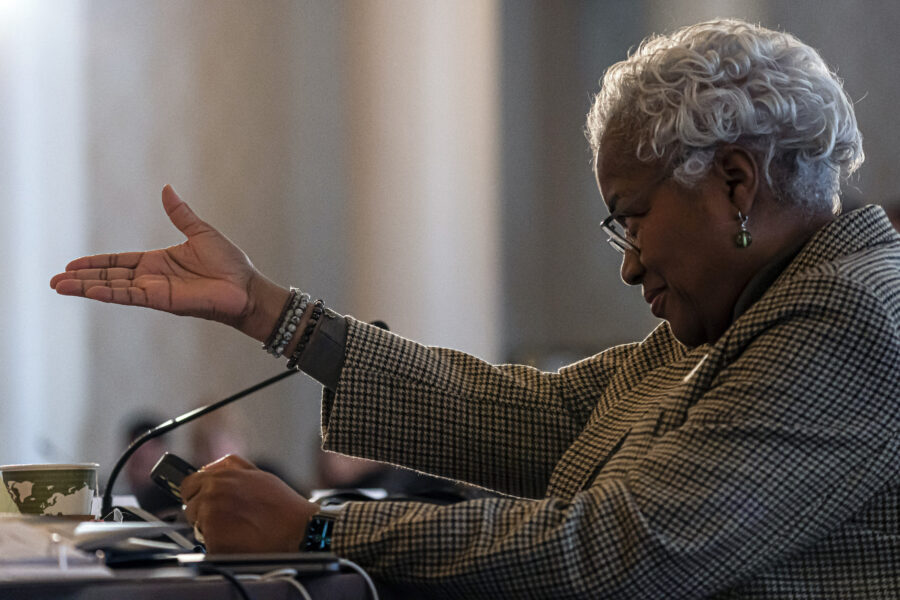 A handful of DNC members, particularly those representing states that participated in the current early window, did voice polite pushback, belying the fury that Biden’s plan prompted Thursday night from a range of early state elected officials.

Artie Blanco, who represents Nevada, requested a “slight adjustment” to the plan, suggesting that South Carolina move its date to Saturday, Feb. 3, 2024, a weekend election day that South Carolina has honored in the past, thereby allowing Nevada to jump ahead of New Hampshire and hold its contest on Feb. 6.

New Hampshire, meanwhile, only lightly echoed the comments of its elected officials, including Sens. Jeanne Shaheen and Maggie Hassan, who expressed anger and disappointment at Biden’s proposal.

Dowdell, who represents New Hampshire on the committee, emphasized that her state does “have a law, and we will not be breaking our law,” hinting that New Hampshire may ignore the DNC’s new mandates and hold its own unsanctioned primary.

“That is really the position of New Hampshire — we will not be breaking our law,” Dowdell said. “And that’s my comment.”

Suggestions that states might still opt to hold their own unsanctioned primaries were also met with some pushback. Mo Elleithee, another DNC member, said that “the way we empowered the DNC to enforce the decisions we are going to make today” will have “more teeth” than past punishments for out-of-order states.

Earlier this year, the DNC voted to strengthen penalty power over states that jump ahead in line. Not only will they automatically lose half their delegates, the DNC will also punish the candidates who choose to campaign in rogue states.

Democrats also broadly empowered the national party chair to take any other “appropriate steps” to enforce the new early window.

Iowa is not going quietly, either. Brennan, a longtime Democratic operative from Iowa, said he could not support the president’s proposal, arguing that by eliminating a rural, Midwestern state, Democrats were “creating a self-fulfilling prophecy of electoral failure” in that part of the country.

He also said that the DNC rules committee may “vote on this calendar, but we will leave here with nothing settled,” alluding to the logistical challenges that still lie between concept and reality for this plan.

Some DNC members raised concerns about clustering the first three early states so closely together, separated by four days, arguing that it would affect the traditional retail politics of the early window.

“By having three states, one on top of the other, I think causes a little bit of conflict for candidates trying to vie for the attention, get name recognition and also raise money,” Dowdell said.

But aside from some discontent from current early states, the committee broadly backed Biden’s plan. American Federation of Teachers union president Randi Weingarten cast South Carolina’s first place slot as “a message about representation,” while Elaine Kamarck, who wrote a book about the primary process, noted that after South Carolina, “the other four states, every single one, is a swing state.”

“This is a good template for the future,” she said.

DNC Chair Jaime Harrison, who attended the meeting, also called the proposed early window a reflection “of the diversity of our party” and “a more equitable and accessible nomination process that puts our candidates in the best position to win.” Harrison is the former chair of the South Carolina Democratic Party.

But David McDonald, another longtime DNC member, did raise light concerns that the committee’s introduction of large states, including Michigan and Georgia, could “effectively [create] a bias toward certain kinds of candidates,” particularly those who enter a presidential primaries with significant financial resources, which would allow them to compete more effectively in expensive media markets.