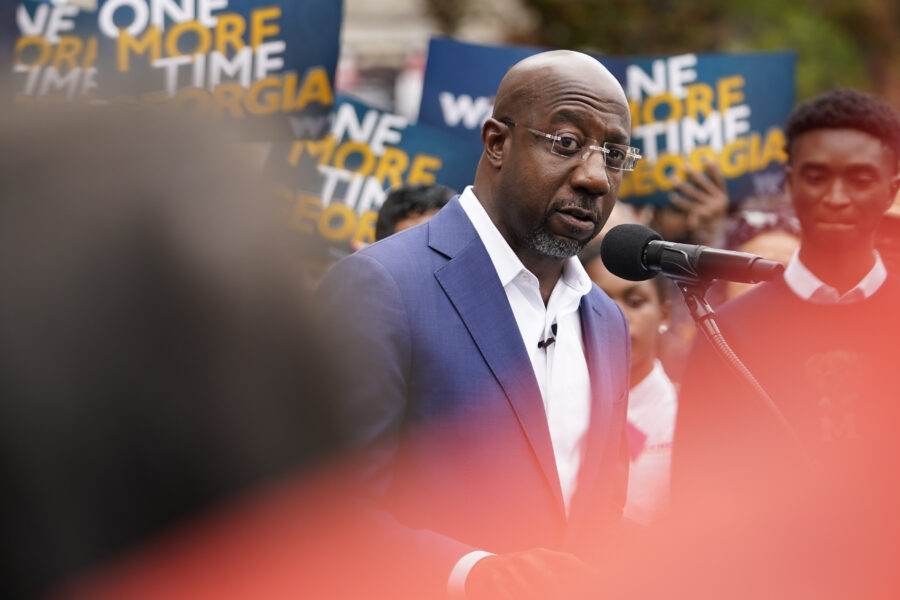 Shekar Narasimhan has gotten used to Asian American and Pacific Islanders being overlooked by politicians in the six years since he founded the voter mobilization group AAPI Victory Fund.

But there are signs that’s beginning to change, he said — particularly in Georgia.

In the state’s Dec. 6 Senate runoff, Democratic Sen. Raphael Warnock recently contacted the group to host a rally to woo Asian American and Pacific Islander voters the weekend before the election. It’s just the latest example of a push by both parties to enlist a small but growing constituency — in a state so closely contested that Democrats and Republicans can’t afford to cede any potential edge.

“Our community needs to hear directly from leaders and from the candidate saying, ‘We have a real message of change that’s positive,’” said Narasimhan. “And we think by doing what we’re doing and continuously doing it, we’re giving that message to them.”

Powered by a multimillion-dollar get-out-the-vote program, turnout among Asian Americans nearly doubled in Georgia from 2016 to 2020, according to the Democratic firm TargetSmart — a major boon for Democrats, who they backed overwhelmingly.

The same analysis found that the number of ballots cast by Asian Americans in the state increased by upwards of 60,000 votes in 2020, more than the amount by which President Joe Biden carried Georgia. Now Asian American and Pacific Islander elected officials, donors and activists who support Warnock are trying to prove that those voters can be the margin of victory in this year’s runoff — and grow their clout in the process.

“We’re the only demographic group that keeps going up,” said Georgia state Sen.-elect Nabilah Islam, who will be the first South Asian woman in the chamber. “So I’m confident that we’re going to be a huge voting bloc that will help deliver a win for Sen. Raphael Warnock.” 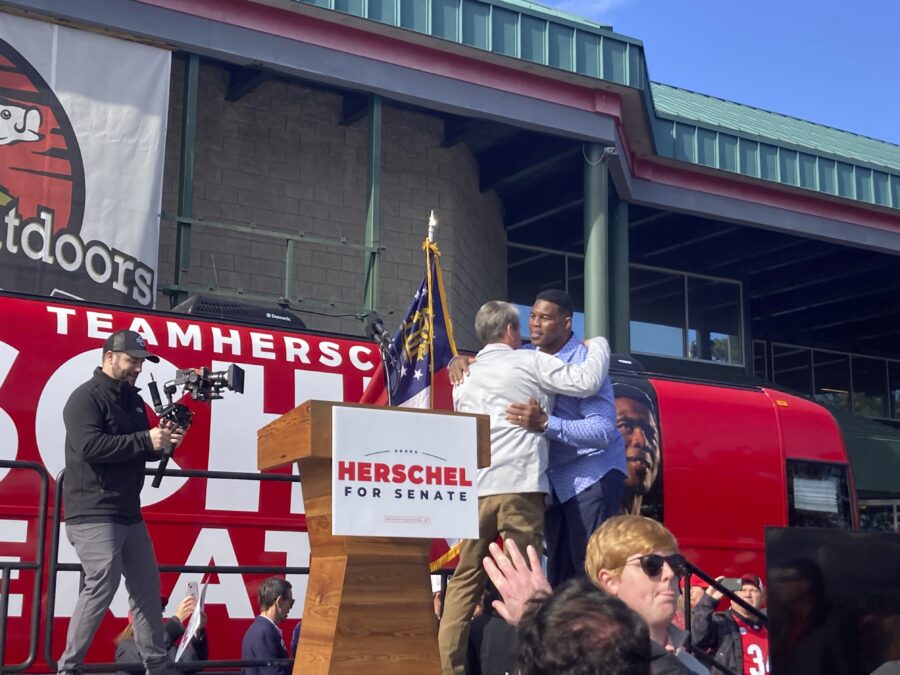 Republican Gov. Brian Kemp is stumping with Walker on the trail and assisting his turnout efforts. Kemp’s campaign zeroed in on Asian American voters during his reelection, including hosting a Diwali event.

The battle for Asian Americans, a diverse community that includes people who hail from a number of different countries and speak a range of languages, could have a lasting impact on Georgia’s politics: They make up the fastest-growing racial or ethnic group in the country.

In the lead-up to the election, Meena Harris — Vice President Kamala Harris’s niece — and Rep. Pramila Jayapal (D-Wash.) are launching a canvass aimed at turning out South Asian voters. The Georgia-based nonprofit Asian American Advocacy Fund is planning to make at least 250,000 calls to Asian American voters and knock on 70,000 doors during the runoff. And Warnock has been running advertisements in Vietnamese, Korean, Mandarin and other Asian languages.

However, with control of the Senate not up for grabs this year like it was in 2021 — and former President Donald Trump no longer in office — Asian American advocates said liberal donors are investing less money to help fund their get-out-the-vote efforts in the runoff.

In 2021, the civic group Indian American Impact said it bundled and spent a total of $2 million that went toward the Georgia Senate runoffs, which also featured a race between now-Democratic Sen. Jon Ossoff and Republican David Perdue. This year, the group’s funding goal is a fraction of that: $500,000, which will be used on get-out-the-vote efforts and digital ads.

Aisha Yaqoob Mahmood, executive director of the Asian American Advocacy Fund, said she is confident that the organization will have enough resources to run its field outreach operation. But she argued that the group’s strategy is more effective when it is bolstered by digital and mail ads. While it has run some of each, she said it’s not the full gamut of its program because of a lack of funds.

“Even in the general election, Georgia did not get the level of investment that we needed,” she said. “It wasn’t nearly enough to have gotten us to victory for Warnock … and so I’m a little bit disheartened, to be honest, to see the lack of investment as we head into the runoff.”

Neil Makhija, executive director of Indian American Impact, said “people in 2020 would do anything to get Trump out of office, and they were willing to invest and recognize every community and leave no stone unturned.” Whether Democratic institutional supporters will do the same when Trump isn’t on the ticket, though, is “an open question.”

Jayapal said she has stressed to the White House that it’s critical for Democrats to build an infrastructure that regularly engages with Asian American voters during elections.

“It’s really trying to help them understand that the big shifts that we will see in the country will come from expanding the electorate,” she said. “With this partisan politics right now, we’re going to get fewer and fewer people that are ticket-splitting or switching from one party to another.”

Mahmood said many people outside of the community underestimate the time and effort required to mobilize Asian American voters: “We are not a monolith. We have so many different language and cultural competency needs that often don’t get addressed in these political conversations.”

In the 2020 election, about 40 percent of Asian American voters in Georgia voted remotely — 14 percentage points higher than the statewide average, according to nonprofit AAPI Data. Asian American advocates said that is due to the high rates of limited English proficiency in the community, with many people needing extra time and guidance to cast their ballots.

This year poses even more challenges compared to the runoff after the 2020 election, due to the passage of a new state election law, SB 202, last year. Most notably, there are just four weeks between Election Day and the runoff, whereas there were two months previously. The law also poses new requirements for absentee voting, which some Asian American organizers in Georgia said has made the method more difficult for voters in the community.

There’s also the added challenge that turnout during a runoff typically drops.

Asian American leaders across the country are pitching in to educate and rally voters in Georgia. Maryland Lt. Gov.-elect Aruna Miller, the first South Asian woman elected to the post, said she is planning to make calls to get Asian American voters to the polls for Warnock.

Her message: “Look, many South Asians left their country of origin to come to the United States to seek opportunities. But those opportunities come with being engaged civically, with coming out and voting. It doesn’t just happen overnight.”