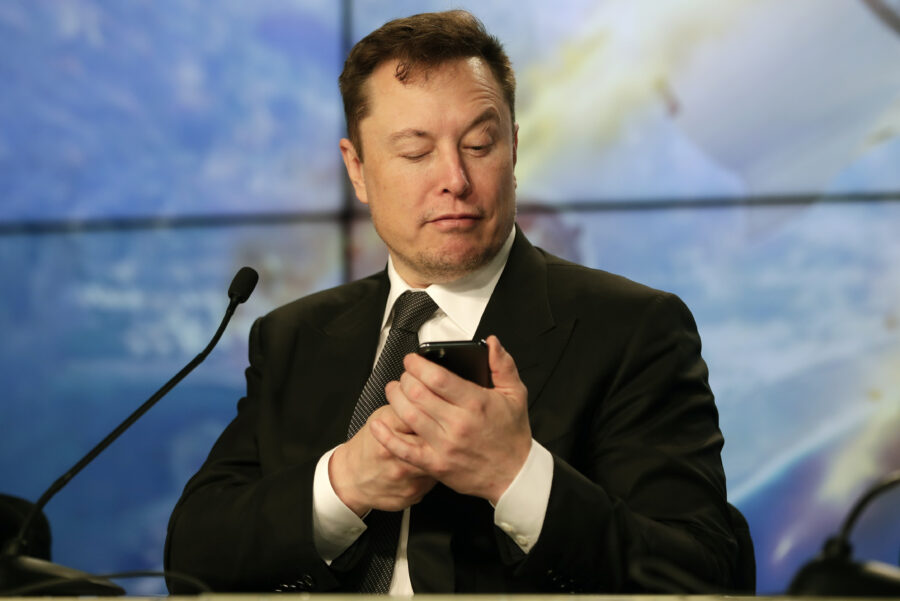 Congress is coming in hot on Tesla CEO Elon Musk as he flails around as Twitter’s new owner, with each day bringing the brash tycoon in more direct conflict with lawmakers.

He picked a fight with Sen. Ed Markey (D-Mass.) on Twitter, who slapped straight back by tweeting: “Fix your companies. Or Congress will.” Sen. Elizabeth Warren (D-Mass.) asked on Tuesday if Musk “thinks his money and his mouth insulate him from accountability.” And on Thursday, Markey and Warren — along with five other Democratic senators — sent a letter to the Federal Trade Commission urging the agency to put Musk and Twitter under its powerful microscope.

Given the “techlash” that’s gripped Washington for the past few years, Musk is looking like a prime target for an old-fashioned trip though the D.C. wringer — a reckless CEO bringing the gavels of Congress down on his own head.

Interviews with the heads of committees that have actual jurisdiction over Twitter suggest Congress has little leverage — and even less political willpower — to go after Musk in its next session. The senators hammering Musk the hardest, like Markey and Warren, don’t have much authority to bring him in for a hearing. And senators who do have the power to haul Musk before a dais, like Senate Commerce Chair Maria Cantwell (D-Wash.) and Rep. Cathy McMorris Rodgers (R-Wash.), the incoming head of the House Energy and Commerce Committee, are reluctant to engage. In interviews on Capitol Hill, both largely declined to discuss Musk’s Twitter shenanigans and how they might respond to them.

Even Thursday’s letter to the FTC suggests Congress is less interested in directly targeting Musk. Sure, it sounds like tough talk — but FTC Chair Lina Khan, an aggressive enforcer whose agency maintains a strict consent decree against Twitter over past privacy violations, hardly needs the encouragement. Just last week, her agency took the unusual step of warning Twitter directly that it’s tracking recent developments related to Musk “with deep concern.” With that in mind, Thursday’s call for an FTC probe looks more like Congress chiming in from the sidelines than driving the issue (though that hasn’t stopped Musk from trolling lawmakers over the letter).

Politically, it’s not clear either party has a strong incentive to come after Musk. Top Democrats have a full lame-duck schedule and a slate of other tech policy priorities to work through next term. And Republicans preparing to take committee leadership roles in January have a different reason to keep their powder dry: Unlike with Mark Zuckerberg or Twitter’s previous management, they like Musk, a rare tech tycoon who shares their belief that the industry suppresses conservative voices.

That doesn’t mean Musk has nothing to worry about in Washington. The FTC could still make his life miserable (and his acquisition of Twitter even more expensive). But beyond moral support, the agency is unlikely to get much help from Congress when it comes to holding him accountable.

“I don’t want to come across as a tech bro that says Congress doesn’t matter, because I do think that Congress has an oversight role here,” said Nu Wexler, a longtime former staffer for congressional Democrats who’s also held jobs at Twitter, Google, and Facebook. “I just think it’s probably not as simple as people would like it to be.”

Even some left-leaning advocates aren’t sure there’s an obvious hook for Congress to investigate Musk’s reckless — but from a policy standpoint, not plainly problematic — behavior at Twitter.

“It is difficult, because Musk is a private individual,” said Alex Petros, policy counsel at progressive tech group Public Knowledge and a former Democratic Senate staffer. “He’s making a lot of private business decisions that I think are dumb and do not agree with. But he has a degree of freedom in which to make those business mistakes and lose money hand over fist.”

Some congressional committees that typically target tech companies — chief among them the Judiciary Committees in either chamber — could struggle to find their way into the Twitter fracas. While popular in political circles, the tech platform is a minnow compared to social media giants like TikTok, Facebook, Instagram or YouTube. That size disparity could make it tough to examine Twitter through a competition lens. And another pathway for congressional scrutiny isn’t exactly obvious.

“Congress can’t moderate speech, Twitter collects less data than its peers and they aren’t big enough to be an antitrust target,” said Wexler.

If Musk decides to turn Twitter into an online payments platform, that could open the company to oversight from Capitol Hill’s financial regulators. But Sen. Sherrod Brown (D-Ohio), head of the Senate Banking Committee, isn’t in a rush to speak with Twitter’s new owner.

“Maybe someday,” said Brown, when asked Tuesday if he wanted to bring in Musk for a hearing. “We’ve got so many slots, so a number of people are already committed to oversight issues and regulatory people.” Brown later said there’s “no real hurry on it.”

Some House lawmakers also wonder how Congress would step in to stop the mercurial billionaire. “We don’t have a lot of oversight power over Musk,” said Suzan DelBene (D-Wash.), head of the moderate New Democrat Coalition and a frequent skeptic of congressional efforts to rein in the tech platforms.

Unlike Banking or Judiciary, both the Senate Commerce and House Energy and Commerce Committees do have jurisdiction over Twitter and whether its behavior is endangering users. Markey is himself a member of Senate Commerce, which led many to suggest the committee would soon be causing trouble for Musk.

But some progressives say there’s not much evidence (so far, at least) to indicate Musk’s Twitter has committed violations that demand immediate oversight from either committee. “I do think there is a consumer protection angle, but it definitely needs to be fleshed out more,” Petros said.

Given the packed lame-duck calendar, it’s unlikely either committee can find the time to bring Musk in for questioning before January. And more broadly, leaders on both committees seem less concerned about the billionaire’s social media shenanigans.

“I don’t have a comment on that today,” Cantwell, the head of Senate Commerce, said Tuesday, when asked whether she plans to lean in aggressively on Musk. She did briefly mention Democrats’ interest in “a stronger FTC” — an implicit suggestion that the consumer protection agency is better positioned to tackle any issues.

Even Markey isn’t yet sold on a Commerce hearing for Musk, or other possible consequences. “We’ll cross that bridge when we come to it,” he said Wednesday, suggesting he’d wait until Musk responds (or doesn’t) to his letter on fake accounts before the Nov. 25 deadline.

Things are looking even rosier for Musk in the House, which will flip to Republican control in January. Rep. Frank Pallone (D-N.J.), the outgoing E&C chair, would not comment when asked Tuesday about Musk and Twitter. And McMorris Rodgers, the incoming chair, was more interested in discussing TikTok.

“I believe that TikTok needs to be brought in, and we need to answer questions,” McMorris Rodgers said on Wednesday in response to questions about Musk and Twitter. “I’m concerned about activity on TikTok, Snapchat, Instagram that is allowing for illegal substances — fentanyl in particular — to be sold on these platforms.” (She did briefly mention oversight of Twitter in the broader context of “big tech,” but made it clear that Musk is unlikely to be a top priority next cycle.)

Even Rep. Alexandria Ocasio-Cortez (D-N.Y.), among the most progressive lawmakers in Congress who’s more than willing to go after Musk himself on Twitter, suggested the relevant House committees would be better served focusing on the collapse of the cryptocurrency market — at least until more information about Musk’s behavior at Twitter surfaces.

“I’m sure the committee’s just monitoring the situation,” she said Tuesday, calling potential oversight of Musk and Twitter “a matter of prioritization.”

Tech companies have long triggered bipartisan outrage on Capitol Hill (albeit for quite different reasons, depending on whether that outrage is coming from a Republican or a Democrat). But Musk’s choice to align himself with the GOP’s claim that top tech platforms are censoring “free speech” could upend that bipartisan dynamic. If Democrats attempt to make an example out of Musk for his freewheeling approach to unsavory online content, they’re likely to face pushback from key Republicans.

“There’s gonna be definitely certain Republicans that will kind of fall into that corner,” Petros said.

That dynamic already seems to be playing out. “Republicans are always going to protect free speech on these platforms,” said McMorris Rodgers, when asked about Musk’s professed interest in limiting Twitter’s content moderation activities. And Sen. Ted Cruz (R-Texas) — who, as the incoming top Republican on Senate Commerce, could make it tougher for Democrats to bring in Musk or other Twitter executives — has repeatedly praised Musk’s purchase of the platform. Earlier this year he even called the takeover “the most important development for free speech in decades.”

Despite the hurdles, Congress could still play a role in clipping Musk’s new wings. But it may be limited to stirring up concern among advertisers, who remain wary of doing business with a platform awash in hate speech, disinformation and other content that’s bad for their bottom line.

“Twitter’s exposure is more on the PR side, where members can send oversight letters or hold hearings, generating a steady flow of negative coverage that would spook advertisers,” Wexler said.

And while there may not be much lawmakers can do directly to Twitter — particularly in light of the apathetic response from key members so far — Wexler said an energetic Congress infuriated by Musk’s antics could still attempt a “bank shot” on his other companies down the line.

“SpaceX is a large federal contractor and Tesla sells federal EV credits to other automakers, with plenty of congressional oversight opportunities there,” Wexler said.

Rebecca Kern and Nancy Vu contributed to this report.