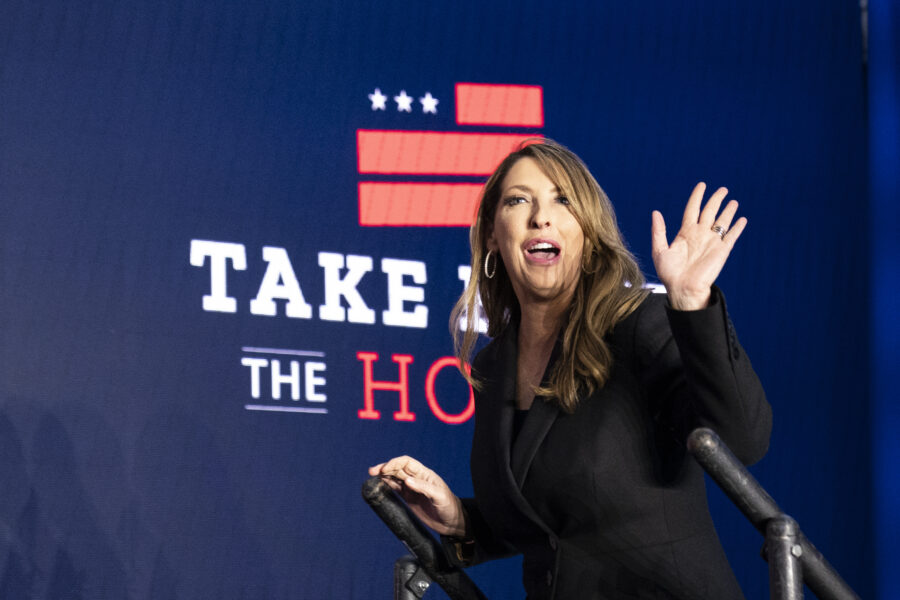 Republican National Committee Chairwoman Ronna McDaniel signaled on Monday that she plans to run for reelection as party chair, which would set her up to lead the RNC through the 2024 presidential election.

The announcement came on a Monday call with RNC members, following a disappointing midterm election for Republicans, who had hoped to win control of both chambers of Congress but are instead caught in a post-election blame game. Democrats have maintained their hold on the Senate, and it remains unclear which party will be in the House majority, though the GOP has the inside track.

During the call, McDaniel said she would run for reelection if the members wanted her to, and that she heard from many who do. She added that she intended to move forward, according to a person familiar with he remarks.

McDaniel was former President Donald Trump’s pick to chair the committee following the 2016 election, and she has been a close ally of his, though she took steps after 2020 to demonstrate that the RNC would be a neutral force in a 2024 presidential primary. She indicated privately to several RNC members after the 2020 election that the following two-year term could potentially be her last.

But earlier this year, McDaniel began telling people she was considering staying on, and the prospect of her serving again arose during a meeting she had with Trump. The former president has hinted she has his support: This spring, Trump recorded a video praising her, saying she was doing a “tremendous job.”

After last Tuesday’s election, several McDaniel allies who serve on the RNC, including Richard Porter of Illinois, Glenn McCall of South Carolina and Jessica Patterson of California, began calling to other committee members to encourage them to support McDaniel’s reelection. To win the chairmanship, a candidate must receive a majority of support from the committee’s 168 members; those close to McDaniel say nearly 100 members have pledged to back her.

There have been calls for change at the committee within some corners of the GOP in the wake of last week’s election outcome. Several prominent figures, including Fox News host Tucker Carlson and Florida Rep. Matt Gaetz, have said the party needs new leadership across the board, including at the RNC.

McDaniel allies, however, contend that turnover in leadership at the committee would cause upheaval, given that preparations are already underway for the 2024 election cycle, including for upcoming primary debates and for the party’s convention, to be held in Milwaukee.

The chairmanship will be decided at the RNC’s upcoming winter meeting, which is scheduled for January.

Whether McDaniel will ultimately face a challenge remains unclear. While the chairmanship has typically been held by sitting members of the committee, two names that have generated attention are outsiders. One is New York Rep. Lee Zeldin, who waged an unsuccessful campaign for governor but has been credited with helping several of the party’s down-ballot winners in New York thanks to his stronger-than-expected performance.

Another is Mercedes Schlapp, a former Trump White House official who is the wife of American Conservative Union Chairman Matt Schlapp.