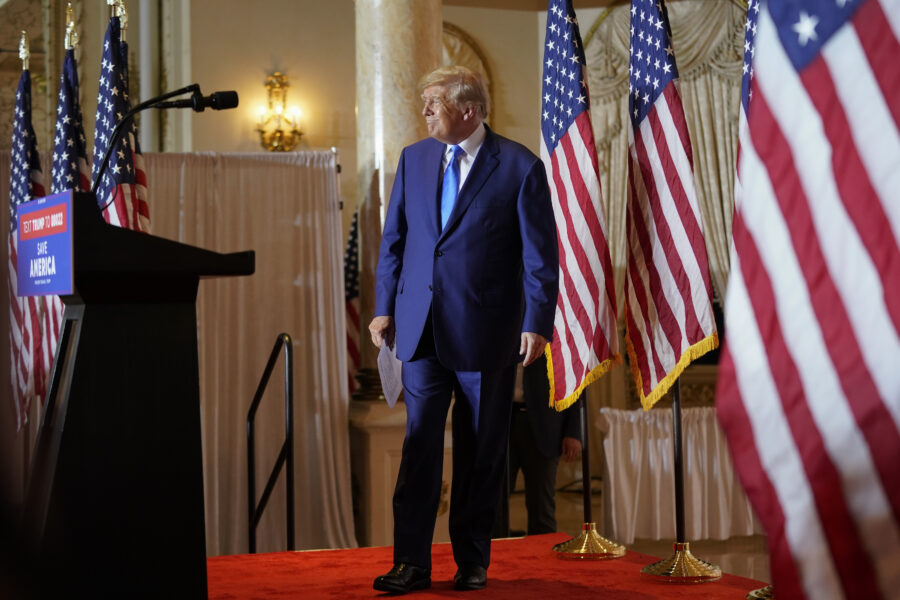 Donald Trump’s iron grip on the GOP is beginning to crack. And some Republicans aren’t even sure he’s in command at all anymore.

The former president, who fostered a culture of fierce loyalty among Hill Republicans despite a scandal-plagued administration, is now increasingly viewed as a political liability after the latest midterm cycle. A raft of top Republicans is urging him to put off his presidential announcement until after the Georgia Senate runoff next month, with several longtime allies declining to immediately bless him as they focus on GOP leadership elections or figuring out what went wrong last Tuesday.

Reeling Republicans gathered in Washington on Monday for the first time since September, with the Senate lost and the House majority barely on track after the party failed to topple Democratic governors outside of Nevada. Trump helped crown many of the party’s lackluster nominees who lost winnable races, from Senate contests in Arizona and Pennsylvania to House battles in Ohio and Michigan.

And his fixation on the 2020 election is getting old for Republicans of all stripes.

“Looking forward is always a better campaign strategy. Looking back on 2020 obviously didn’t work out. We ought to look forward,” said Sen. Shelley Moore Capito (R-W.Va.).

Trump is keeping a careful watch on who in GOP leadership has endorsed him, even before he has officially announced he is running for president again, which he’s expected to do on Tuesday night. But if he is expecting an avalanche of support, he’ll be waiting a while. Even his staunchest allies declined to offer an endorsement on Monday.

Sen. Lindsey Graham (R-S.C.), who has stood with Trump through thick and thin since his onetime rival became president, said “let’s see what he says … I’ll tell you after Georgia.” Lummis added that she’s “kind of disappointed that, if [Trump] announces something, that it will be a distraction from the Georgia race.”

And Sen. Josh Hawley (R-Mo.), who led objections to President Joe Biden’s election victory, said his primary focus is on figuring out why congressional Republicans got their projections of a dominant election so wrong. Hawley is trying to oust Mitch McConnell as GOP leader, a key priority of Trump’s, though GOP leaders said on Monday they have no intention of delaying Wednesday’s leadership elections.

“Not to take anything away from folks who want to run for president, but the most important thing is, we’ve got to have a serious talk. And it’s got to start here, about what our convictions are as a party,” Hawley said.

He underscored that the GOP should incorporate elements of Trumpism as it moves forward. “There’ll be time for the personality contests later. And that’s no knock on the former president.”

On the House side, party leaders like Elise Stefanik (R-N.Y.), Richard Hudson (R-N.C.) and whip hopeful Jim Banks (R-Ind.) already vowed to back Trump even before his bid is official, which most expect to happen on Tuesday night at Mar-a-Lago. Not surprisingly, Senate Republicans are offering an even chillier reception after they saw their dreams of a majority evaporate before their eyes with Trump-backed candidates in key races.

South Dakota’s John Thune, the No. 2 Senate Republican, had no qualms on Monday about declaring he wouldn’t endorse Trump in a contested primary. Neither did Sen. John Cornyn (R-Texas), saying: “No. I’m sure I’ll support the nominee of the Republican Party, but I think there’s likely to be a competitive primary election.” Both are prospective successors to McConnell, who declined to comment.

“It’s clear that running on relitigating the 2020 election is not a winning strategy,” Thune said. “I’m not endorsing anybody, at this point.”

Some put it more frankly about Trump in private, a sign that not everyone is comfortable speaking their mind publicly and risking his wrath.

“In a contested race in a Republican primary, there are other people that I would support,” said one rank-and-file House Republican, speaking candidly on condition of anonymity. “I can make a strong case where he cost us the House in ‘18, cost us the Senate in ‘22. And cost us the White House in ‘20. And yet he wants us to rehire him because he likes the attention.”

In the House, where Trump generally has more support among the rank-and-file, lawmakers said they’d be watching eagerly on Tuesday night and touted his record as president. But few were willing to commit to endorsing him, saying they want to see how the rest of the 2024 field shapes up and would keep a close watch on the rollout of Trump’s likely campaign.

“He’s got a record. He’s proven that that is how he can perform,” Rep. Dan Meuser (R-Pa.) said. “So therefore, absolutely I’m going to be giving strong consideration to him. But I’m going to withhold an endorsement until we see where things go.”

House Minority Leader Kevin McCarthy, meanwhile, declined to comment on Trump’s 2024 ambitions as he emerged from a closed-door GOP conference meeting on Monday night that was centered on leadership elections: “We’ll see what happens there, but right now we’re working towards getting the Congress back.“ 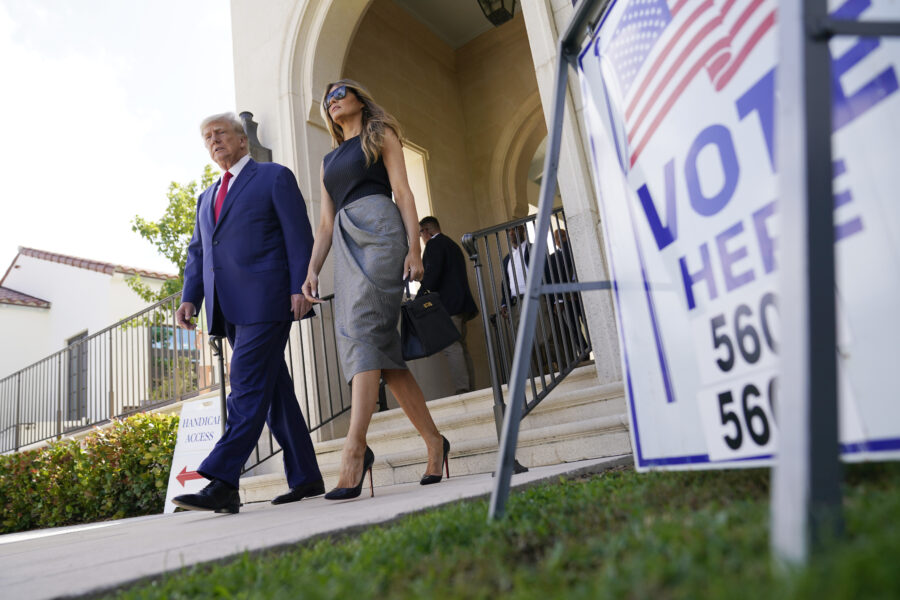 Both men won battleground races for governor in the last two years.

“I don’t understand why he’s going after DeSantis,” said Rep. Ralph Norman (R-S.C.), a member of the pro-Trump House Freedom Caucus. “He’s basically carrying out Trump’s policies. Look what he’s done in Florida. That’s the only state where we had a red day. They’re in lockstep policies.”

Congressional Republicans were slow to embrace Trump during the 2016 cycle, but by the time he was running for re-election, almost the entire party was behind him. This time Trump starts out somewhere in between — and even those who back him aren’t bending to his every whim.

Sen. Tommy Tuberville (R-Ala.) said he would support Trump, but that he also backs McConnell as GOP leader.

“Is that an oxymoron?” Tuberville asked rhetorically, referring to the long-running bad blood between the two men. “Everybody’s got their opinion. As I just said, I represent Alabama.”