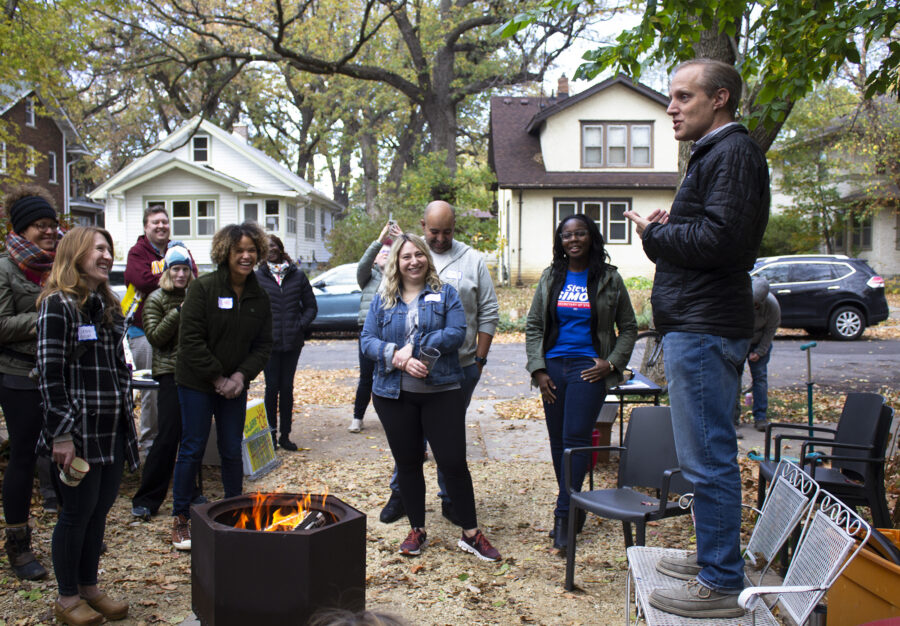 A pair of Democratic secretaries of state — Michigan’s Jocelyn Benson and Minnesota’s Steve Simon — secured new terms as their states’ chief election officials, knocking off a pair of election deniers in key 2024 battlegrounds.

Across the country, a handful of Republicans who claim the 2020 election was stolen from Donald Trump ran for their states’ top elections job on Tuesday. Two big open seat contests, in Nevada and Arizona, remain uncalled, with resolution potentially days away.

These GOP candidates promoted their doubts about the 2020 election results while on the campaign trail, and a victory would put them in positions of power over elections in several states that may be decisive in future presidential contests.

If voted into office, these candidates could push to limit voting options beyond in-person voting on Election Day, targeting alternatives like early in-person voting or voting by mail. While they cannot change state laws on elections unilaterally, secretaries of state can often set policy that could frustrate the process, making it more difficult for voters to register and to cast ballots by limiting access to drop boxes. Many of these candidates are running with the support of Trump, and organized under the banner of the America First Secretary of State Coalition.

Democrats raised the alarm bells in response, flooding a record amount of money into these contests and well outstripping the resources that these Republican candidates brought to bear. But the races all remained close in the runup to the election.

Here is the latest on the secretary of state contests:

In Michigan, Benson was challenged by Republican Kristina Karamo, a local GOP activist and community college instructor. Benson became one of the best-known election administrators in the country, after defending her state’s elections in the aftermath of the 2020 election and making regular appearances on cable news.

Karamo, a member of the America First coalition, claims to have seen improprieties during the 2020 election as a poll watcher. Most recently, she sued in the runup to Election Day to try to effectively throw out tens of thousands of mail ballots in Detroit.

Simon won in Minnesota, alongside Democratic Gov. Tim Walz. Crockett, his defeated opponent, is not a member of the coalition, but has nonetheless cast doubt on the 2020 election.

Raffensperger wins another term in Georgia

Georgia Secretary of State Brad Raffensperger has won another term, completing what once seemed as an improbable comeback in the state.

To make it to the general election, Raffensperger fended off the Trump-backed Rep. Jody Hice in a primary over the summer, successfully overcoming the former president’s rage after he refused to help Trump overturn the 2020 election. He then defeated Democratic state Rep. Bee Nguyen on Election Day.

Raffensperger ran his campaign as someone who told the hard truths about the election to his own party and has balanced access to the polls with security. But he also promoted the state’s controversial voting law that passed last year, making a variety of changes to state election procedures like banning food and water from being handed out in voting lines, codifying but restricting drop boxes, when compared with 2020, and expanding the early voting period.

Why Arizona and Nevada matter for 2024

The two closest contests are also the two open seats. The race in Nevada is between Republican Jim Marchant, a former state lawmaker, and Democrat Cisco Aguilar, an attorney and first-time candidate.

Marchant helped organize the America First coalition, and has spent much of his candidacy going on far right media platforms — like former Trump adviser Steve Bannon’s daily show — to promote the coalition and his own candidacy.

Marchant, like Trump, sued to try to overturn his own election loss in 2020 after he lost a battleground House race by about 5 points. His lawsuit claimed potential voter fraud and requested a whole new election in that House race but was denied by a Clark County District Court judge. He is also a major proponent of hand counting all ballots, which election experts say is more expensive, less accurate and takes longer.

Aguilar was the beneficiary of some of the biggest spending on secretary of state races. But in the closing weeks of the race, he publicly worried that it wouldn’t be enough, and that he was still struggling to get national support for the race.

The two men are competing to succeed term-limited GOP Secretary of State Barbara Cegavske, who defended the election in her state.

Finchem is one of the chief proponents of a legally impossible theory that it is still possible to decertify the 2020 election.

He was also a major booster of the state Senate review of the 2020 election in Maricopa County. Bipartisan election experts — including Republican Stephen Richer, who defeated Fontes in 2020 to become the county’s chief election officer — said the review was a partisan fishing expedition that embraced conspiracy theories. As the former Maricopa County recorder, Fontes was on the frontline of defending the county’s election results in 2020 in the face of national scrutiny from Trump and numerous post-election audits. He lost his own bid for a second term in the county office, and this election is his first statewide race.

They are vying to replace Democratic Secretary of state Katie Hobbs, who is running in the open governor race against Republican Kari Lake. Lake, a former TV anchor, is also an election denier who is closely allied with Finchem.

It remains too early in the vote count to call either state as of Wednesday afternoon.