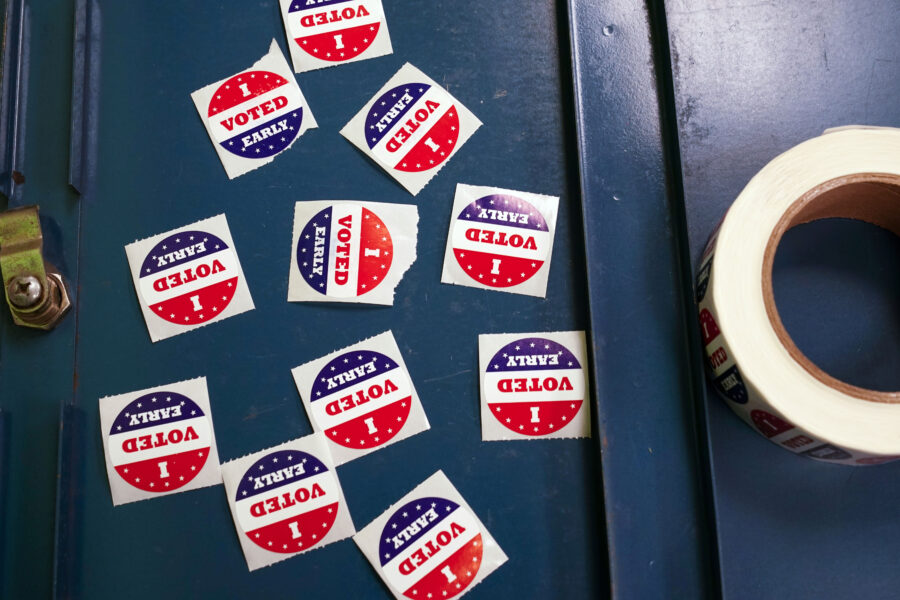 Add this to the list of Democratic worries ahead of the midterms: Younger voters — a cornerstone of the party’s electoral coalition — make up a smaller share of early and absentee voters so far than they did in 2020.

More than 15 million voters have already cast their midterm ballots, according to the United States Elections Project. But young voters have contributed to a smaller fraction of that turnout compared to this time two years ago, according to interviews and a POLITICO analysis of voter data.

The party has had high hopes that younger voters motivated by the Supreme Court’s scuttling of abortion rights and President Joe Biden’s cancellation of some student debt would turn out in force — and help them to defy losses that the party in power typically suffers in midterm elections. They could still show up to the polls on Election Day. But their disappearance from the ranks of early voters so far puts Democrats at a disadvantage, because the party still has to chase their votes instead of banking them ahead of Nov. 8.

In North Carolina, which has a close U.S. Senate race and a set of state legislative races that could determine whether abortion remains legal in the state, the median age of voters who cast ballots through Oct. 26 was 66, according to state data. Voters aged 30 and younger account for just 5.4 percent of ballots cast so far, compared to 16.5 percent of those who voted early or absentee in 2020. Republicans’ share of the early vote is also slightly higher now than it was at the same time two years ago.

The overall situation looks better for Democrats in Pennsylvania, where they have maintained a more than 50-point advantage in absentee ballots returned so far, a similar share to 2020. But that is still despite low participation there from young voters, who the party still needs to turn out in order to win the state’s U.S. Senate seat.

“Democrats are going to need younger voters to come out on Election Day in order for the numbers to hold,” said Tom Bonier, CEO of TargetSmart, a Democratic data firm.

Early voting data is not a crystal ball for the coming election: Operatives from both parties and political analysts are quick to note that shifting voter habits after the Covid-19 pandemic, changing laws and former President Donald Trump’s repeated attempts to sow doubt about mail voting also make it hard to establish a solid early voting baseline.

Young voters have historically been less likely to vote early or by mail than older voters. They also generally turn out in lower numbers overall and are more likely to drop out of the electorate in midterm years — though they were key to Biden’s 2020 victory, when turnout among voters under 30 was 11 points higher compared to the previous presidential election, according to an analysis by researchers at Tufts University. Voters in that age group went for Biden by an estimated 25-point margin.

But the president’s approval rating among younger voters took a particularly sharp dip last year, raising doubts about their levels of participation in the coming election. 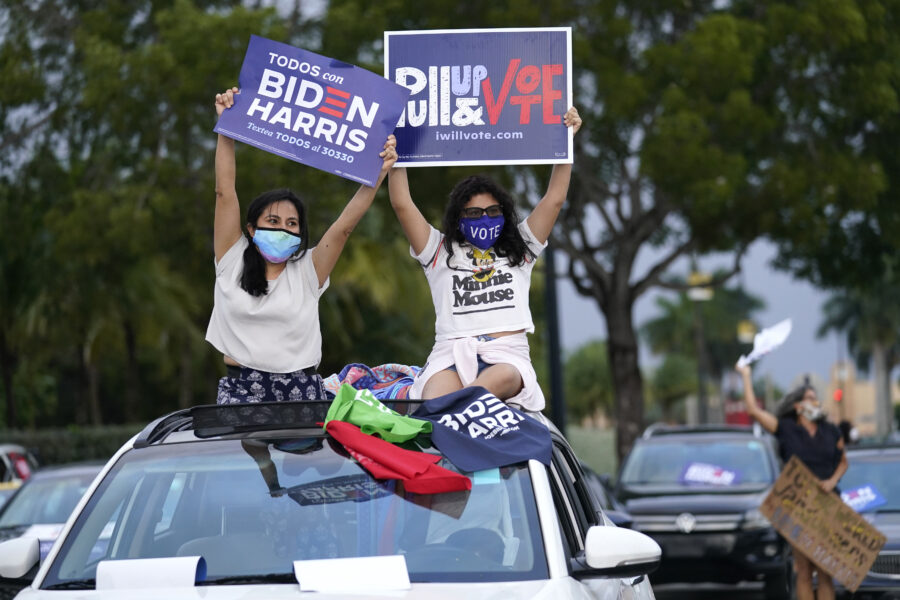 Another possible explanation for the lack of young voter representation so far might be decreased focus on early voting compared to prior years in the pandemic. Democrats also have not redoubled efforts to encourage young voters to take advantage of voting options, said Jessica Alter, founder of Tech for Campaigns, a Democratic firm that works on voter turnout and state legislative campaigns and is working this cycle to target low-propensity young voters in Nevada, Arizona, Michigan, Pennsylvania and Wisconsin.

Tech for Campaigns was among the Democratic organizations that targeted young voters with messaging related to mail-in voting in 2020. But much of that investment has fallen off this cycle, Alter said.

“We’re not seeing the investment on the digital side, which is, we think, part of the reason that you’re seeing the drop in early voting about 18- to 30-somethings,” she said.

The group’s message-testing this cycle found the most successful digital ads were ones that focused on the convenience of voting by mail. One Facebook ad targeting Michigan voters featured a popular meme of actor Chris Pine rolling his eyes with the words, “when my friends don’t vote by mail and make me wait in line with them on Election Day.”

Recent polling includes a strong signal that young voters will ultimately turn out for Democrats. A Harvard Institute of Politics Youth Poll released on Thursday found 40 percent of voters between the ages of 18 and 29 “definitely” planned to vote, a similar rate to the 2018 midterm election. Those surveyed favored Democratic control of Congress by a 26-point margin.

TargetSmart’s Bonier pointed to Election Day turnout in special elections — which favored Democrats after the Supreme Court decision on abortion — as another reason to believe that young voters would turn up in force in November.

“It isn’t going to be a typical midterm where the party in power is perhaps less engaged and they stay home and the party out of power sweeps,” he said. “Democrats are fired up.”

The overall signals from early voting data have been somewhat mixed this far. The numbers from states like Georgia have hinted at potential record midterm turnout, as Republicans mobilized by the economy and frustration with President Joe Biden cast their ballots alongside Democrats upset about the end of Roe v. Wade. But turnout has been relatively low in other states with competitive statewide races, such as Nevada.

Democrats have outpaced Republicans in early and mail voting in most states so far, but the margins vary widely. The gap between the two parties is similar to 2020 in states such as Pennsylvania, but Republicans have narrowed it in others, including Arizona and North Carolina.

At a minimum, even though past election results make clear that GOP-leaning Election Day votes can swamp Democratic-leaning early votes, getting more of their voters to cast their ballots early poses a tactical benefit for Democrats

“Every supporter that they bank with a vote, that means that they can redouble their efforts elsewhere,” said Michael McDonald, an expert in early voting and a professor at the University of Florida. “There really is a campaign advantage.”

Early voting options are more limited for young voters in some states. Texas, for example, allows any voter aged 65 and older to request an absentee ballot while others must have an acceptable reason. But many states that expanded early or absentee voting in 2020 have kept those laws in place.

In North Carolina, where mail and in-person voting options were available to all voters pre-pandemic, in-person absentee voting this year started a day later than it did in 2018 but the state is set to outstrip the previous midterm by the end of the week even with the shortened window, said Michael Bitzer, a professor at Catawba College in North Carolina who is also an expert in early voting patterns.

But the greater turnout does not reflect a shift in the electorate.

“The vast majority of these early voters are typical early voters, either voting in person or by mail,” Bitzer said. “So we’re not kind of seeing folks shift their vote method from Election Day to early voting so far.”