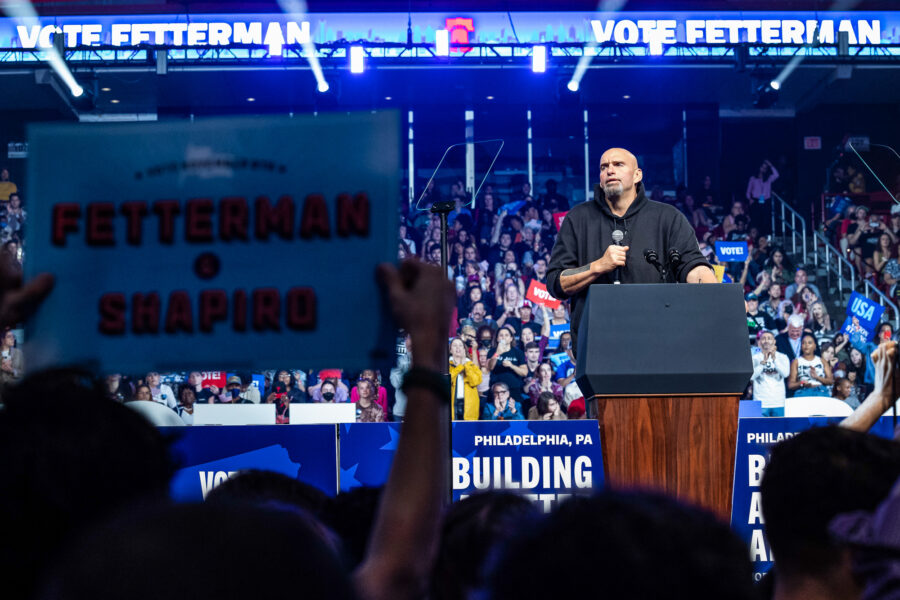 Republicans have a grip on the House majority. But the Senate is firmly up for grabs.

That’s the topline of the final updates before Tuesday’s vote to POLITICO’s Election Forecast: The battle for the Senate is a “Toss Up,” while the House is “Likely Republican.”

The first midterm election is historically a bear for the president’s party, and this year is expected to be no different. Republicans are likely to gain upward of 15 House seats, and they have a good shot of taking full control of Congress.

But in many of the most consequential statewide races, Democrats are still in the hunt — thanks to their candidates’ strong fundraising and polls that show, for now, they are running ahead of President Joe Biden’s poor approval ratings.

Whether that holds up — if Democratic Sen. Mark Kelly can outpace Arizona voters’ opinions of Biden by the margin pre-election polls suggest, for example — will determine whether Democrats can retain control of the Senate and limit their losses in the House.

Meanwhile, the party is also defending nearly a dozen governorships Republicans are targeting. A good election for Republicans could see them reaching deep into blue territory to oust Democratic governors in states like Oregon and New York. But Democrats have a chance to keep many of their vulnerable states if they even slightly overperform expectations.

After Democrats’ summer comeback, that rating moved to “Toss Up,” which is where it ends — but with a bullet.

The final forecast lists six “Toss Up” races, one more than two years ago. But because four of those seats are currently held by Democrats and two by Republicans, it’s fair to describe the GOP as a slim favorite. If the two parties split those six seats evenly, Republicans will win a 51-49 majority.

Indeed, we would narrowly favor Republicans to win in Nevada and Wisconsin, though both races remain extremely tight. Republican Adam Laxalt is ahead in GOP-commissioned polling, though independent surveys still give Democratic Sen. Catherine Cortez Masto a chance. In Wisconsin, GOP Sen. Ron Johnson jumped out to a lead earlier this fall, but the final polls suggest that Democrat Mandela Barnes remains in contention.

Similarly, Democratic Sen. Maggie Hassan is narrowly ahead of GOP candidate Don Bolduc in New Hampshire, though Bolduc is within striking distance.

That leaves Arizona, Georgia and Pennsylvania in the middle. If Democrats can’t pick off Wisconsin and lose one of Nevada or New Hampshire, they would need to win all three of the remaining “Toss Ups” to keep the Senate at 50-50.

Meanwhile, Republicans are in the hunt in Colorado and Washington State — though both are rated “Lean Democratic.” It would take a larger GOP wave than is currently apparent for Democratic Sens. Michael Bennet and Patty Murray, respectively, to fall.

Including the latest shifts, 216 seats are now in the “Solid,” “Likely” or “Lean Republican” category — meaning Republicans are only two seats away from the majority, according to the forecast.

By comparison, just 194 districts are in the “Solid,” “Likely” and “Lean Democratic” categories. There are 26 seats rated as “Toss Up” — races where neither party has a significant advantage.

The current breakdown of the House (allocating vacant seats to the party that last won them) is 222 Democrats and 213 Republicans. Even if Republicans fail to win any of the 26 “Toss Up” races — just 2 of the 26 would give them the majority — they are currently projected to gain 3 seats. An even, 50-50 split of the “Toss Up” districts would translate to a 16-seat Republican gain.

A GOP sweep of those “Toss Up” races would represent a gain of nearly 30 seats, and it’s not unusual for one party to win the lion’s share of competitive contests. In 2020, Republicans won 26 of the 27 seats rated as “Toss Up” by POLITICO. In 2018, Democrats won 15 of POLITICO’s 22 “Toss Up” contests in their 40-seat wave election.

The most recent district to shift into the red column is in California’s Central Valley, where Republicans are now favored to pick up an open seat that Biden would’ve carried by 11 percentage points in 2020. It’s another example of Democrats’ struggles in blue states — especially in seats without an incumbent on the ballot.

Five governor’s races enter Election Day as “Toss Ups”: Arizona, Kansas, Nevada, Oregon and Wisconsin. All but Oregon began in the “Toss Up” category when the forecast was first released this spring, and all but Arizona are currently held by Democrats.

Each race is highly competitive, though Republicans appear to have a narrow edge in Arizona and Nevada. Wisconsin is on a knife’s edge, though the polls have overestimated Democrats there in recent elections.

Of that list, Democrats’ best chance may be in Kansas, where Democratic Gov. Laura Kelly has proven difficult to dislodge.

Beyond those contests, Republicans believe they have are mounting real challenges in five races we’ve rated “Lean Democratic”: Connecticut, Maine, Michigan, Minnesota, New Mexico and New York. Democrats are favored in each, but a bigger Republican wave could mean the GOP picks off a few off that list. 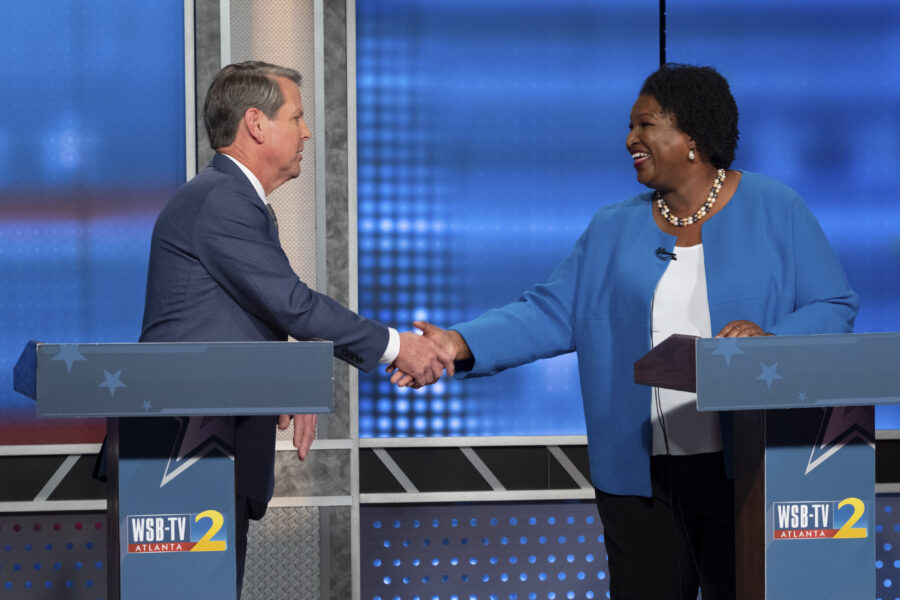 Democrats are all-but-certain to pick up open-seat governorships in Maryland and Massachusetts — both races moved to “Solid Democratic” last month. But beyond those states and Arizona, their offensive opportunities are limited. Stacey Abrams’ rematch with Georgia Gov. Brian Kemp is rated “Lean Republican,” but it would probably be a notch further right on the scale if not for the remote possibility that Abrams could hold Kemp under 50 percent and force a Dec. 6 runoff.

Of the nation’s eight most-populous states, the closest race could end up being in New York (“Lean Democratic”), where Democratic Gov. Kathy Hochul is scrambling to hold off a late charge from GOP Rep. Lee Zeldin.