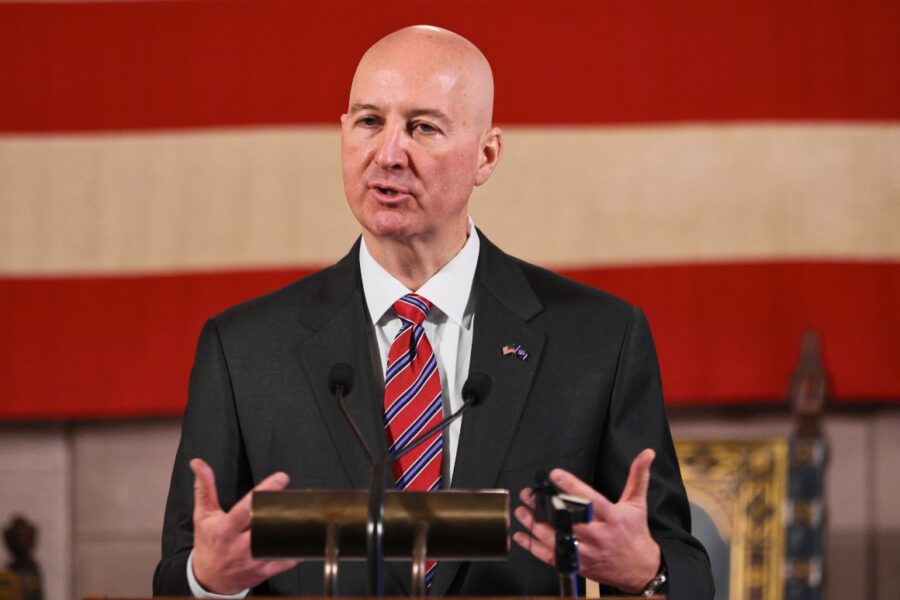 LINCOLN, Neb. — Gov. Pete Ricketts sounds open to becoming a senator — and that’s good news to Mitch McConnell and other top Washington Republicans who are eager for him to join the chamber.

Ricketts has made clear he won’t appoint himself to the seat of outgoing Sen. Ben Sasse. But Ricketts is termed out of office in January, by which time Sasse is likely to have departed to the University of Florida, and the Republican governor could raise his hand then to be appointed to Sasse’s seat.

In an interview with POLITICO, Ricketts made no secret of his fondness for the Senate, in contrast to other GOP governors who have turned down opportunities to run for seats in what they view as a chamber of dysfunction.

“It’s still very relevant and important,” Ricketts said of the Senate, while allowing that a move from the governor’s office to Washington could require a “mind frame shift.” 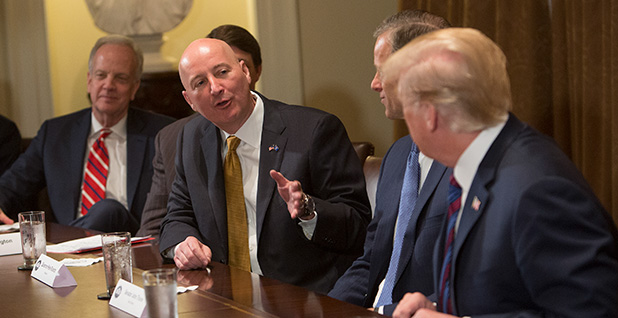 While that may sound like a weak statement of interest, it’s enough to give national Republicans hope. McConnell and Sen. Rick Scott (R-Fla.), chair of the Senate GOP campaign arm, have been courting Ricketts as he plays coy about his interest in Sasse’s seat.

If they succeed, it would break McConnell’s streak of failing to lure Republican governors to the Senate. If the GOP leader succeeds in getting Ricketts to serve out Sasse’s term through 2024, however, Ricketts, a decidedly mainstream Republican, could end up getting primaried from the right.

Former President Donald Trump this year referred to Ricketts as a “RINO,” or Republican in name only, as the two dueled over the GOP candidates running to succeed Ricketts — and after the Nebraskan repeatedly said Joe Biden had won the presidency.

One Republican lawmaker, granted anonymity to discuss the potential vacancy, said Ricketts is the “odds-on favorite” for the potential appointment and has already gotten ribbed about hazing as a new arrival.

This lawmaker added that Ricketts could actually get broader Republican support than Sasse: “I think they are probably both conservative, so when it comes to policy, they are both fairly aligned. But I believe Pete has a broader — you know, he didn’t go directly against President Trump. Sasse did. There’s a difference there.”

If the next Nebraska governor — expected to be Ricketts-endorsed Republican Jim Pillen — does pick his predecessor for the seat, some within the state are already talking about how to challenge him from the right in 2024, when Nebraska would hold an election for the final two years of Sasse’s term. Matt Innis, who previously ran against Sasse, is one person floated as a potential challenger.

“It would come as no surprise for a potential Governor Pillen to appoint Pete Ricketts. I think everyone knows that,” said Patrick Peterson, the executive director of the Nebraska Freedom Coalition, a PAC that helped overthrow the state’s previous leadership earlier this year.

However, Peterson added, “I can promise you” that would mean a Ricketts primary challenge in 2024.

It wouldn’t be Ricketts’ first Senate bid. He tried to unseat then-incumbent Democratic Sen. Ben Nelson in 2006, with some campaign assists from McConnell. But he’s built more of a profile both within the state and nationally since he was first elected governor in 2014 and reelected in 2018. He could not seek a third consecutive term under state law, but could run again in the future.

He is also considered incredibly close with Pillen, who’s cruising to victory barring a surprise upset next week, which feeds the conventional wisdom that Ricketts will get the appointment if he wants it.

“I can’t imagine who it would be unless Ricketts himself took himself out of the running … [But] everything I hear about Ricketts, I’m sure he’s going to want it,” said John Zaugg, the Saunders County GOP chair, when asked if there would be any other contenders for the appointment.

Sasse stepping down and a potential Ricketts appointment wouldn’t be the only shakeup in Nebraska Republican politics this year. The state party experienced a significant overhaul, with then-Chair Dan Welch, viewed as more aligned with Ricketts, overthrown and replaced by current chair Eric Underwood.

Both Underwood and Todd Watson, the Nebraska GOP’s political director, stressed in a joint interview that the replacement was not about Ricketts, but due to frustration stemming from a desire for more local control within the party. They also pointed to a belief that the previous members of party leadership had a tendency to seek retribution against members for taking political positions they opposed.

“Was it against Ricketts? No. It was against an apparatus that didn’t believe in people. Whether that was specifically him or not, that’s up for other people to decide,” Underwood said.

Both Underwood and Watson indicated that they would not get involved in filling Sasse’s seat, noting that the appointment is up to the governor. When asked about a potential endorsement in a 2024 race, they said that would be up to the state party’s central committee.

“We don’t have a say in that,” Watson said about the appointment, adding: “The central committee will decide in two years, when the election comes on, who they want to support. And then we’ll execute the decision of the central committee.”