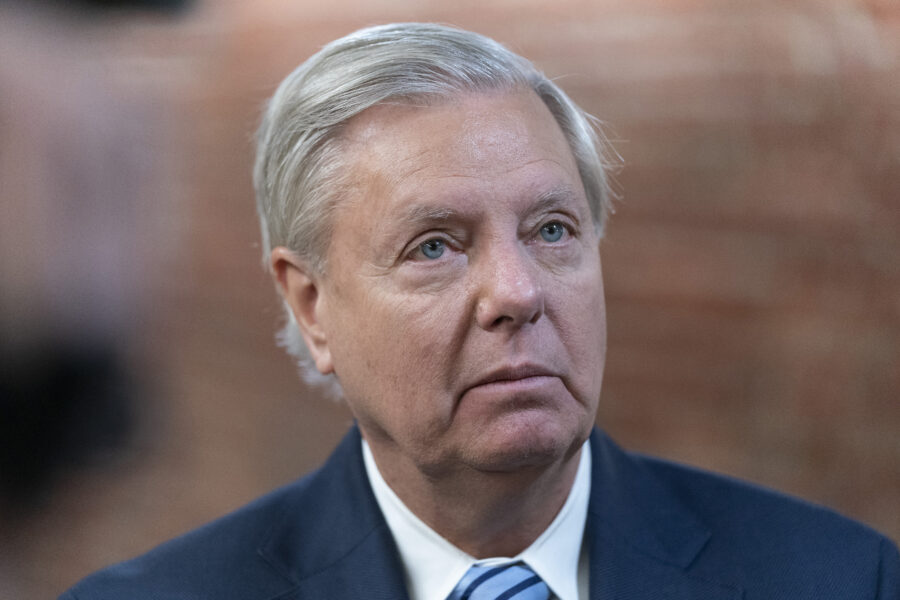 The court, with no noted dissent, agreed that Graham can be required to provide testimony to a grand jury about matters that aren’t related to his official congressional work. Anything on his legislative business would be off limits, the high court’s order said.

Prosecutors in Fulton County have emphasized that they don’t plan to question Graham about his legislative work but are probing Graham’s December 2020 phone calls to Georgia state officials amid a recount and legal challenges by Trump.

Georgia Secretary of State Brad Raffensperger has characterized Graham’s outreach as an effort to influence the course of the recount in the state. But Graham has claimed he made the calls as part of an informal investigation meant to inform his legislative responsibilities. He contends that any effort by prosecutors to probe these calls would be a violation of the constitutional protections afforded to federal lawmakers.

The Constitution’s “speech or debate” clause largely protects members of Congress from facing legal scrutiny for anything connected to their official business. Graham cited the clause as he argued that he should be entirely immune from Fulton County’s subpoena. But the justices noted in a brief rejection of Graham’s motion that the lower courts had taken steps to ensure the senator would not face questions about his legislative work.

“The lower courts also made clear that Senator Graham may return to the District Court should disputes arise regarding the application of the Speech or Debate Clause immunity to specific questions,” the justices noted in the unsigned order. “Accordingly, a stay or injunction is not necessary to safeguard the Senator’s Speech or Debate Clause immunity.”

Justice Clarence Thomas, who oversees the Atlanta-based 11th Circuit, granted a temporary stay last week that put the subpoena to Graham on hold. The new order that came on Tuesday lifted that stay, effectively back rulings issued by the 11th Circuit and an Atlanta-based federal district court judge.

In a statement, Graham’s office emphasized the aspects of the Supreme Court order affirming that prosecutors may not question him about his legislative activity.

“The Senator’s legal team intends to engage with the District Attorney’s office on next steps to ensure respect for this constitutional immunity,” the unsigned statement read.

Prosecutors say they should be permitted to question Graham about the circumstances of the calls, including whether he coordinated them with Trump and his campaign, as well as his public statements describing his interactions with Raffensperger. Those topics don’t implicate Graham’s legislative work, they contend. Fulton County District Attorney Fani Willis warned the justices that if they granted Graham’s effort to block the subpoena, her investigation would likely be forced to conclude without fully pursuing all relevant leads.