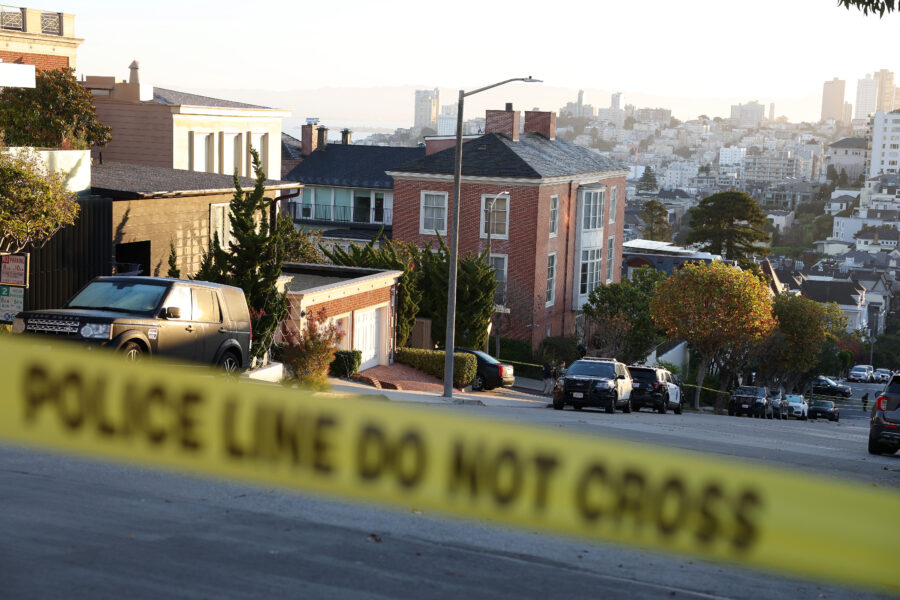 Even as Republican leaders condemn the brutal assault on Speaker Nancy Pelosi‘s husband, other GOP figures are broadcasting a much different message on social media — at turns downplaying, mocking and trading in disinformation about the attack.

Trump Jr.’s and Higgins’ posts followed a deleted tweet from Elon Musk, the new owner of Twitter, that also gave credence to the same disinformation about David DePape, the 42-year-old perpetrator of the Friday morning attack on the Pelosis’ San Francisco home. DePape’s previous ties to a prominent nudist activist in that city appear to have inspired the false claims that continue to gain traction online among conservatives.

And some Republicans are taking notice of the mismatch between GOP leaders’ official response to the assault — condemning it while rejecting any link to their campaign-trail attacks on Nancy Pelosi — and the less delicate online response by party figures.

“Jerk store jokes and tweets when it’s the ‘other side’ only feeds an environment that accepts political violence — violence that has and will continue to happen to officials of both parties which means we spin each other up as our discourse spirals down further,” Doug Heye, a former top Republican National Committee official, said in an interview.

One House Republican, speaking candidly about a colleague on condition of anonymity, described Higgins’ deleted tweet as “not appropriate … we don’t want that in any political arena, whether it be Republican or Democrat.” The idea of any lawmaker’s spouse getting attacked, this Republican added, “puts us all in fear.”

Beyond Trump Jr. and Higgins, pro-Trump commentators from Charlie Kirk to former Milwaukee County Sheriff David Clarke Jr. also weighed in online to raise questions about the investigation based on unfounded and false claims. Among those baseless claims: that a third person answered the door when police arrived at the Pelosi home, which San Francisco law enforcement has said is untrue; and that DePape was in his underwear when apprehended, a falsehood taken from a since-corrected local news report.

An affidavit filed by the U.S. Attorney’s Office for the Northern District of California on Monday that accompanied federal charges of DePape also noted multiple times that, contrary to some baseless claims spread online, Paul Pelosi did not know the intruder and had never seen him before — facts he relayed to the 911 dispatcher and law enforcement officers.

The affidavit also stated that the hammer DePape used did not belong to the Pelosi family.

In his testimony given to law enforcement, DePape said he entered the home in search of Nancy Pelosi by breaking a glass door. Paul Pelosi seemed “surprised” to see him, DePape said, according to federal filings.

Some of the conservative mockery that followed the Pelosi home invasion touched on Nancy Pelosi’s support for an assault weapons ban: Larry Elder, the right-wing radio host and failed California gubernatorial candidate, tweeted that the Speaker was weighing legislation restricting “assault hammers.”

“The Left is going crazy because not only are we not BUYING the wacky, implausible Paul Pelosi story but we are even LAUGHING over how ridiculous it is,” Dinesh D’Souza posted Sunday morning to his 2.5 million Twitter followers. “What this means is that we are no longer intimidated by their fake pieties. Their control over us has finally been broken.”

Another conservative Republican lawmaker, speaking candidly on condition of anonymity about the sensitive topic, said that reports of the attacker’s involvement in nudist culture are “picking up steam” more than other claims because they give credence to the argument that DePape was not a MAGA or Trump supporter.

DePape’s online activity before the Pelosi home invasion included antisemitism and alignment with false claims about voter fraud in the 2020 election.

To be sure, other Republicans have addressed the matter more soberly. Former Vice President Mike Pence, who weathered the attack on the Capitol by supporters of Donald Trump in the tense hours of Jan. 6 while working closely with Pelosi, decried the attack on her husband. “This is an outrage and our hearts are with the entire Pelosi family,” Pence tweeted Friday.

As members of Congress mull potential security enhancements following the Pelosi attack, the tone of Republican leaders’ responses is likely to draw continued scrutiny. Rep. Tom Emmer (R-Minn.), chair of the House GOP campaign arm, fielded tough questions on national TV Sunday regarding a tweet he posted of himself firing a gun with the hashtag “#FirePelosi.”

“Leadership in both parties in the House have now suffered through attacks, and leadership needs to be clear that not only are the attacks appalling but so, too, is the culture that revels in violence when it happens to an opponent,” Heye said.