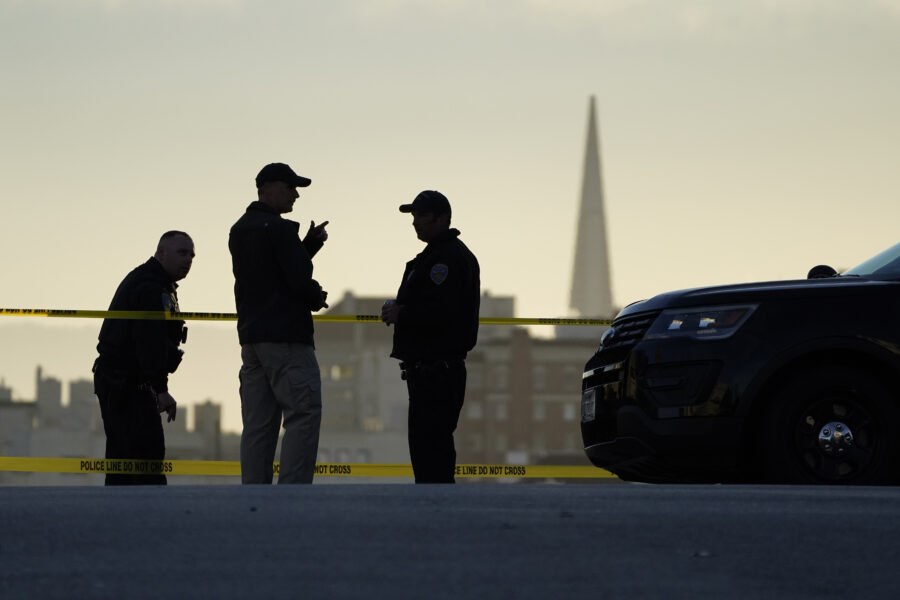 SAN FRANCISCO — David DePape, the alleged perpetrator of the attack on Paul Pelosi, told police he planned to hold Speaker Nancy Pelosi hostage and was going to break “her kneecaps” if she “lied” to him, according to federal charging documents released Monday.

The new revelations from the harrowing attack on Paul Pelosi, 82, came as the Justice Department charged 42-year-old DePape with assault and attempted kidnapping of the speaker following his alleged break-in at the Pelosi home.

DePape broke into the Pelosis’ San Francisco home through a glass door, according to DOJ’s affidavit accompanying the charges, and then entered the bedroom searching for Nancy Pelosi. Paul Pelosi was asleep when he arrived, after which point DePape said he wanted to tie him up and showed Paul Pelosi zip ties he was carrying after entering the home.

Paul Pelosi ultimately called 911 and struggled against DePape in the home’s foyer, and he was hospitalized after DePape allegedly struck him in the head with a hammer early Friday morning, according to DOJ’s affidavit. Police tackled DePape after arriving on the scene, where officers found a roll of tape, white rope, a second hammer, gloves and the zip ties, DOJ said Monday.

DePape told investigators he didn’t leave after the 911 call because he believed that “much like the American founding fathers with the British, he was fighting against tyranny without the option of surrender.”

In a statement later Monday, Nancy Pelosi expressed her gratitude for the support her family had received.

“Thanks to the excellent trauma care medical team at Zuckerberg San Francisco General Hospital, Paul is making steady progress on what will be a long recovery process,” she added.

DePape told San Francisco police that Paul Pelosi had opened the front door to the home before their struggle for the hammer. Paul Pelosi’s actions meant he was “taking the punishment instead,” DePape said during his interview with officers, per the affidavit.

DePape called out for Nancy Pelosi during the break-in, according to law enforcement officials — an echo of rioters’ vocal search for the speaker during the Jan. 6 Capitol siege. DePape also told Paul Pelosi he viewed the speaker as the “leader of the pack” of the Democratic Party.

Prosecutors said he wanted to see the speaker wheeled into Congress with broken kneecaps, “which would show other Members of Congress there were consequences to actions.”

DePape faces a prison sentence of 13 years to life on those charges alone.

The attack was politically motivated “based on his statements and comments that were made in that house during his encounter with Mr. Pelosi,” Jenkins said.

Jenkins said no security was present at the time the intruder broke through a rear glass door.

DePape made his way up to Pelosi’s bedroom, where he was sleeping in a “loose-fitting pajama shirt and boxer shorts,” the DA said. She said Pelosi initially tried to make his way to a house elevator, which has a phone, to call the police, but that DePape blocked him. He later managed to get into the bathroom, where he was able to call 911 from a cell phone that had been charging there.

Jenkins said the defendant is likely to be arraigned Tuesday afternoon. Her office will file a motion to detain him without bail, based on “obvious and severe public safety risks that the defendant poses to San Francisco as well as the outer community.”

She said her office and the U.S. Attorney’s Office will be conducting “parallel prosecutions.” She added that it was important to establish a clear picture of what transpired that morning. “We of course do not want distorted facts floating around,” she said, “certainly not in a manner that is traumatizing a family that’s been traumatized enough.”

The attack has rattled Capitol Hill, where members have warned of spiking threats against lawmakers in recent years, especially after the Jan. 6 riot. Some lawmakers have called for increased security; the Capitol Police is conducting a review of the Pelosi break-in, its division tasked with protecting lawmakers and the command center that was monitoring the security camera feed from the speaker’s home.

According to DOJ, FBI agents also searched DePape’s home, a garage in Richmond, Calif., where they found two hammers, a sword and gloves.

Kyle Cheney and Lara Korte contributed to this report.