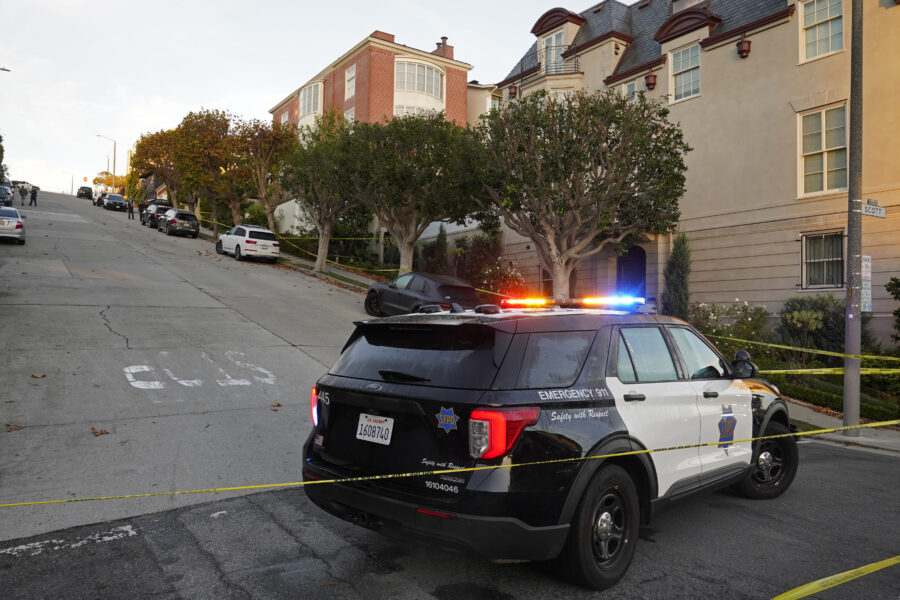 He also owned a sword, compared himself to the Founding Fathers and told police he wanted to “lure” another person — all according to a federal charging document released Monday, along with a statement from San Francisco’s district attorney.

The Justice Department charged 42-year-old DePape with assault and attempted kidnapping of the speaker following the alleged break-in at the Pelosi home in California. He was a follower of political conspiracy theories, including the false claim that the 2020 election was stolen.

“It is incumbent upon us all to watch the words we say and to turn down the volume of our political rhetoric,” Jenkins said.

Jenkins’ office on Monday charged DePape with attempted murder, residential burglary, assault with a deadly weapon, elder abuse, false imprisonment of an elder, and threats to a public official and their family.

Here are five new details included in the federal charging document or discussed at Monday’s news conference in San Francisco.

1. Paul Pelosi told police he woke up with the attacker in the room

The speaker’s husband was asleep in his bedroom when DePape broke in through a glass door, entered and demanded to speak to Nancy Pelosi, according to the affidavit. No security was present at the time, Jenkins said.

Paul Pelosi was wearing a pajama shirt and boxers when the attacker arrived, Jenkins said. He appeared surprised to see the man in his room, according to a police account based on an interview with DePape.

DePape carried zip ties, tape, rope, a pair of rubber and cloth gloves, a journal and “at least one hammer” with him to the Pelosi home, according to the affidavit.

Law enforcement also seized a sword and two hammers in the garage where DePape lived.

3. DePape told police he was like the country’s founders

After Paul Pelosi informed him the speaker was not at home, DePape said he would “sit and wait” for several days for her to arrive, the affidavit said. And when Pelosi tried to use a phone housed in an in-home elevator to call police, DePape blocked him, Jenkins said.

DePape also did not leave after Pelosi called 911, because he felt that “much like the American founding fathers with the British, he was fighting against tyranny without the option of surrender,” according to DePape’s statement to San Francisco police.

4. Alleged threat to break “her kneecaps”

DePape told police he intended to take the speaker hostage, talk to her and break “her kneecaps” if she lied, according to the affidavit.

DePape, the affidavit said, “was certain that Nancy would not have told the ‘truth.’”

5. DePape said in a police statement he wanted to lure someone else

(Democrats have openly blamed Republican rhetoric for the attack, while some top Republicans have denied such a link.)

Lara Korte and Jeremy B. White contributed to this report.