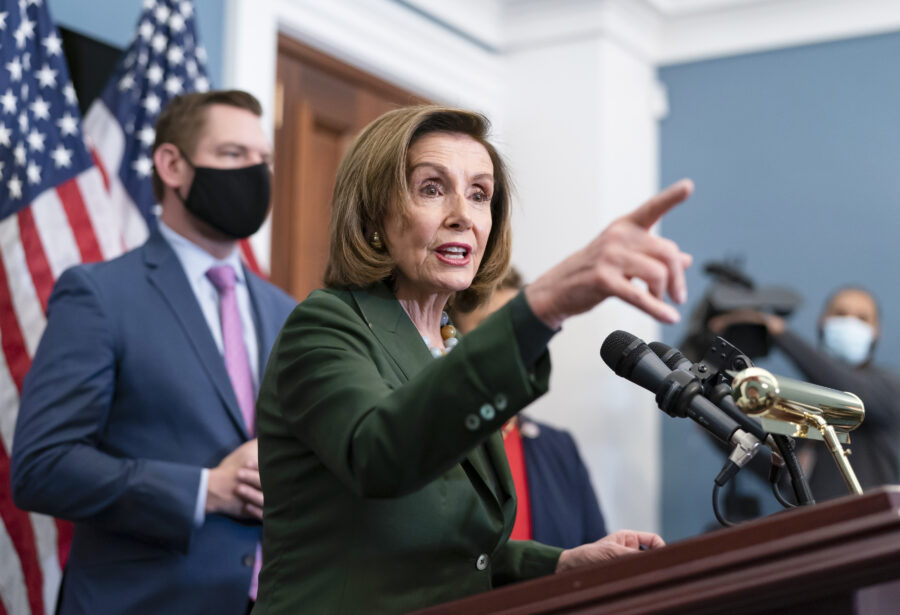 The assault of House Speaker Nancy Pelosi’s husband, Paul, inside their San Francisco home early Friday morning is the latest incidence of increased threats and violence aimed at political figures:

Three staffers of Rep Eric Swalwell (D-Calif.) received a series of calls this year threatening to kill the congressman and his staffers. On Friday, a Pennsylvania man pled guilty to making threats to kill the member of Congress.

Republican Rep. Lee Zeldin, a New York gubernatorial candidate, was attacked during an upstate campaign stop in July. A man climbed on stage and tried to stab the lawmaker, according to police. Zeldin was not injured, and the suspect was arrested.

In July, a man was arrested outside the home of Rep. Pramila Jayapal (D-Wash.) after allegedly making threats to kill the lawmaker and telling her to go back to India. The suspect was charged with stalking.

In June, a man was arrested near the home of Brett Kavanaugh after allegedly making threats against the Supreme Court justice while possessing a gun and a knife. Police said the man was upset after a leaked draft opinion suggested the court was about to overrule Roe v. Wade.

On January 6, 2021, pro-Trump rioters who swarmed the Capitol began chanting “hang Mike Pence” while Congress was ratifying the 2020 presidential election results. The chants were a reaction to Pence’s decision to accept electoral votes that indicated Joe Biden had won the presidency. In a day of chaos at the Capital, Pence refused to leave the complex and later declared Biden the winner.

Senate Minority Leader Mitch McConnell’s home in Kentucky was vandalized with messages, including “where’s my money” and “Mitch kills the poor,” in 2021 after Congress failed to approve an increase in funds being sent to individuals to help cope with the coronavirus pandemic.

Similarly, House Speaker Nancy Pelosi’s San Francisco home was spray-painted with the words “cancel rent” and “we want everything” in addition to a pig’s head placed outside after Congress failed to approve the measure.

In 2019, Rep. Alexandria Ocasio-Cortez (D-N.Y.) shared a series of tweets discussing death threats sent to her after the Fresno Grizzlies baseball team aired a video of her being compared to North Korean leader Kim Jong Un and Cuba’s Fidel Castro. The minor-league baseball team has since apologized for airing the video.

In 2017, then-House Majority Whip Steve Scalise was shot in the hip during a congressional baseball practice. Scalise sustained injuries to internal organs that caused severe bleeding after the gunman opened fire on Republican members of Congress in Alexandria, Virginia. The gunman also shot two police officers, a congressional aide and a lobbyist. The gunman died in a shootout with police at the field.

In 2011, former Rep. Gabby Giffords (D-Ariz.) was shot and seriously wounded, and six other people were killed, at a constituent outreach event at a Tucson grocery store. Giffords, who was the intended target of the shooter, was shot through the head at close range. In all, 19 people were hit. The shooter was sentenced to seven life terms.