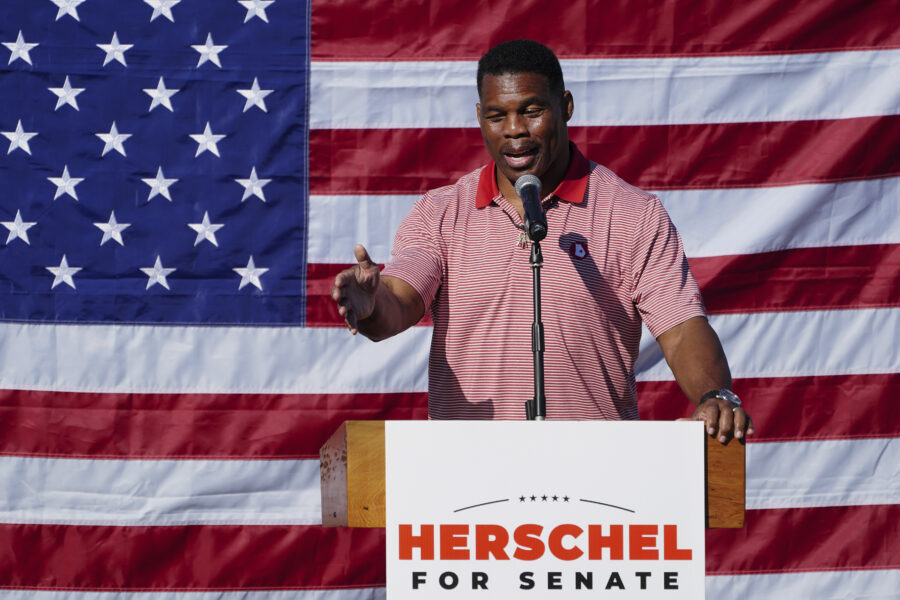 Republicans appear undaunted by new abortion allegations against Georgia Senate candidate Herschel Walker, with national GOP headliners continuing to campaign for him and no immediate shift in the polls.

Conservatives in the state say they are more concerned about control of the Senate chamber shifting to Republicans than they are about an individual candidate, and they are willing to look past Walker’s personal scandals as a result. Current polling averages show the two candidates in a dead heat.

“What I like about Herschel is he stood up there and he said, ‘I want to say first up, I’ve given my life to Jesus Christ. Some of those things in my past are over,’” said Mike Abernathy, an Evangelical pastor in Georgia. “I believe that and I’ll go with that.”

The most recent allegations came from an anonymous woman who alleged via Zoom at a press conference that Walker pressured her to have an abortion when they were dating in the early 1990s, drove her to a clinic and paid for the procedure. She was the second ex-girlfriend to tell a similar story of Walker pressing to end a pregnancy and paying for the procedure.

Walker, who as a candidate has said he opposes abortion in all situations including rape and incest, has denied both sets of allegations. Walker called the story “a lie” in a Fox News interview and then got straight back to the campaign trail flanked by Republicans, who’ve flown to Georgia to help Walker in the final weeks before Election Day.

“If you’re a conservative, they don’t give a damn about the truth. They’re trying to destroy his life 13 days before the election,” Graham said.

Sen. Ted Cruz (R-Texas) was set to join Walker’s bus tour at stops in Monroe and Dublin, Ga., on Thursday.

Earlier in the summer, Walker was confronted with accusations that he had been an absentee father to three other children he had out of wedlock, after reporting from the Daily Beast. The following weekend, he was embraced by Faith & Freedom leader Ralph Reed.

On Oct. 4, The Daily Beast reported that a different ex-girlfriend of Walker was also encouraged to get an abortion that Walker then paid for. Walker also called that story a lie.

Christian Walker, Walker’s son and a conservative social media influencer, piled on, calling his father a liar. In multiple tweets and video posts, Christian Walker accused his father of not living up to the “moral, Christian, upright man” that he portrays himself to be on the campaign trail.

Public polling in the race has shown little change from the Walker scandals. Warnock started the summer up as much as 10 points over Walker, but the two are now tied.

On Thursday, the National Republican Senatorial Committee released its own internal polling for the race that they said shows Walker ahead by 7 points. It was difficult to gauge the validity of the poll because the committee did not release the full data set.