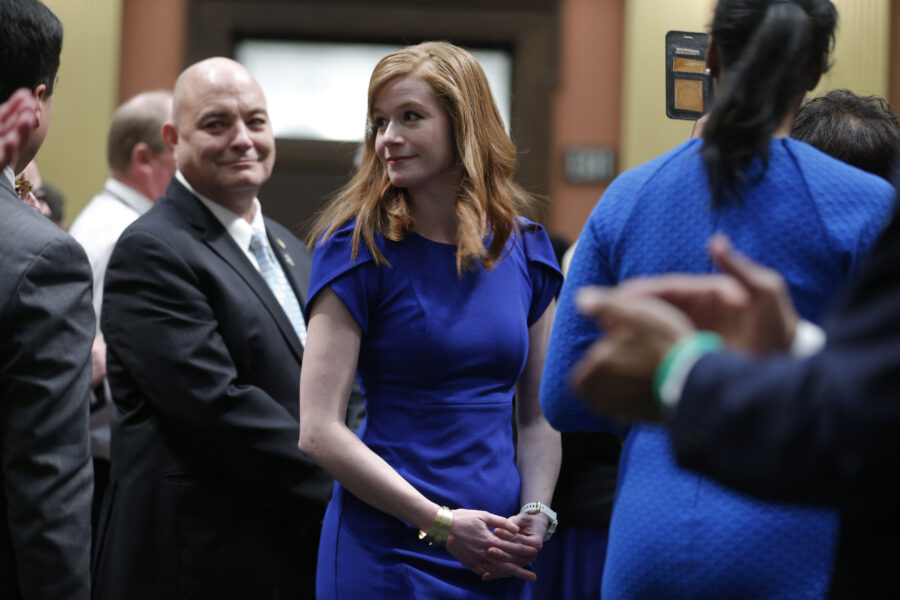 Mallory McMorrow has turned a viral April speech from the well of the Michigan state Senate into a $2.35 million national windfall — and, potentially, lasting political power as she bids to flip her reliably Republican state legislative chamber in November.

In the six months since the 36-year-old Democrat rose to prominence defending herself against unfounded attacks of being a “groomer,” which were written into a fundraising email from a Republican fellow state senator, McMorrow has built a big contribution list of her own and has become a draw signing fundraising emails for other organizations, too.

Altogether, McMorrow’s efforts have raked in 15,294 political contributions from 12,545 contributors across the country, her campaign shared first with POLITICO. Donations came from all 50 states and Washington, D.C., and Puerto Rico, and they flowed into her political committees and others she is working with to win back control of the Michigan state Senate.

McMorrow has brushed back questions about seeking higher office based on her fundraising success, instead casting the spotlight on the more quotidian — and in her mind, more consequential — task of winning back state legislatures.

“It’s just the lack of sex appeal: It’s not great messaging to say this is still the most important election of your lifetime, and we have 50 years of work that we have to build back, and we’ve got to start in in the states and in legislatures,” McMorrow said in an interview. “We have a chance to flip [them], like in Michigan.”