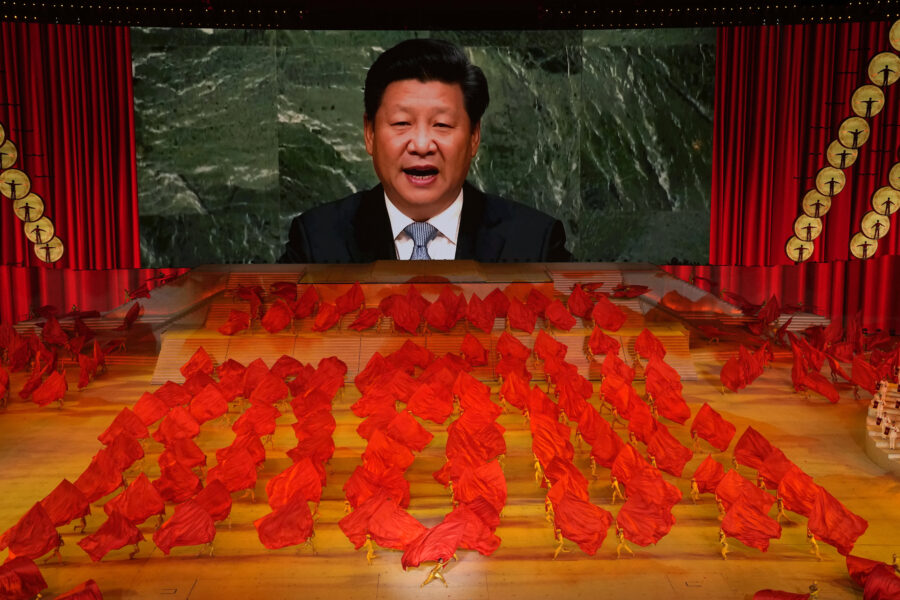 Xi Jinping is heading into another five years as China’s paramount leader with a tightening grip on the ruling party and a vow to cement the country’s superpower status at home and abroad.

But that projection of strength belies a critical weakness: China’s tanking economy, and Xi’s inability or unwillingness to fix it.

On Sunday, Xi walked onto a Beijing stage to confirm his appointment to a third term, followed by a new top leadership team purged of rival factions and packed with loyalists — a procession that telegraphed party cohesion and strength.

Yet, for all its reputation as an economic juggernaut, China is struggling. Its economic growth is slowing, due to factors ranging from Xi’s zero-Covid strategy to inflation related to the war in Ukraine, according to the World Bank. China’s youth joblessness rate stood at about 19 percent in August. That’s dangerously high for a party that trumpets rising living standards as proof of wise governance.

But Xi has refused to renounce his “no limits” partnership with Russian President Vladimir Putin and is maintaining zero-Covid despite the costs. In addition, his ideologically driven economic policy prescriptions — which lean toward a strong-armed interventionist approach rather than support for the country’s burgeoning private sector — could stunt growth further.

Xi’s third term clearly spooked markets in Hong Kong and the United States. Investors on Monday were dumping Chinese tech sector stocks due to concern that Xi will maintain policies that have wiped billions off the balance sheets of once booming technology firms over the past year. 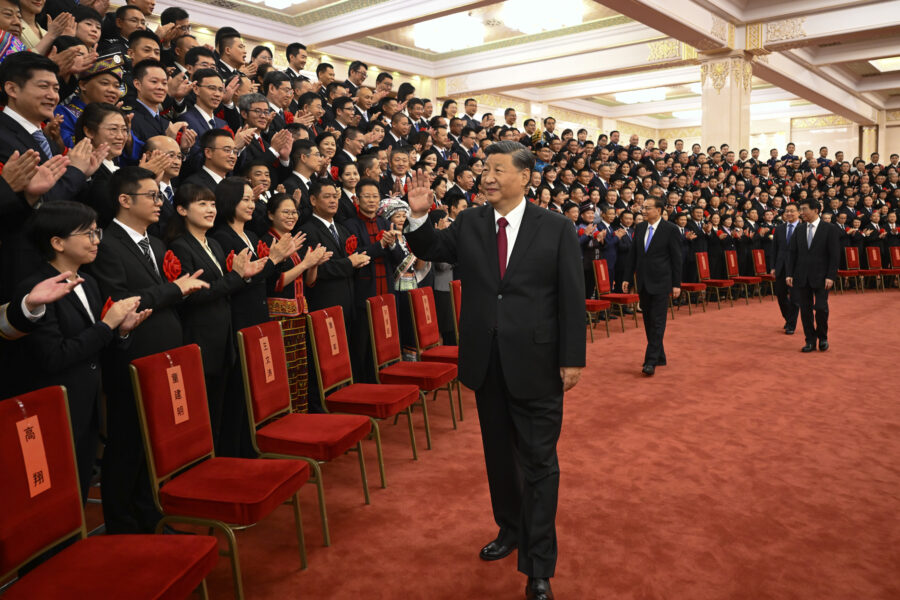 The Chinese Communist Party has kept hold of power in part because of decades of consistent economic expansion. If Xi can’t continue to make good on that promise, it could threaten his grip on power.

China is struggling under “Xi Jinping’s disastrous economic policies and a series of dangerous structural imbalances, including a declining birth rate, an inadequate social safety net, and the CCP’s long ago decision to correlate its political legitimacy with China’s economic growth rate,” said Alex Gray, former chief of staff at the National Security Council and a senior fellow with the American Foreign Policy Council.

A threatened Xi Jinping could change tack in a number of ways that would affect the country’s relationship with the rest of the world. He might turn his energy inward to tackle domestic problems. But he also might lash out abroad.

Gray argued that the economic problems make it “highly probable” that Xi will launch military challenges in the Indo-Pacific region “faster than anticipated and from a position of domestic weakness,” he said.

Kristen Gunness, former director of the Navy Asia Pacific Advisory Group at the Pentagon and now a researcher at the RAND Corporation, said she’d expect to see more militaristic propaganda, more aggressive statements toward Taiwan, or an increased military presence around the island.

China still is an economic colossus on track to replace the U.S. as the world’s largest economy by the end of the decade. Its massive manufacturing sector has made it the world’s largest exporter, and its thirst for raw materials to fuel its economic machine makes it the No. 1 trade partner of the U.S., the European Union and the majority of countries in the Indo-Pacific region.

But Xi has harmed those trade relations in recent years through economic coercion tactics designed to punish countries for policies that offend Beijing.

China restricted imports from Australia in 2020 in reprisal for Canberra’s call for an independent inquiry into the origins of Covid-19. And Beijing has responded to Lithuania’s closer ties to Taiwan with an embargo on Lithuanian goods and threats against companies that buy products from Lithuania.

Last year, Xi launched an “anti-inequality campaign” calling on China’s wealthiest to “give back to society more.” That hasstalled the sector’s growth as Chinese tech megafirms such as Tencent and Alibaba have donated billions of dollars to common prosperity initiatives to demonstrate corporate submission to Xi’s economic agenda.

Xi aims to ease the pain for Chinese consumers by pouring the money from those tech donors and additional state funds into a program to provide social welfare benefits for lower income citizens. But his strategy is centered around state-owned industries burdened with poor management practices and an overreliance on subsidies.

“Xi Jinping has made it clear that his preference is a command economy … very much focused on control and secrecy,” said Dexter Roberts, a senior fellow in the Atlantic Council’s Asia Security Initiative and an expert on Chinese economic policy.

And the external constraints on Chinese growth are tightening. This month, President Joe Biden kneecapped Xi’s plan to boost growth via “greater self-reliance and strength in science and technology,” by imposing export restrictions aimed to choke off Beijing’s supply of microchips used in advanced computing and military applications.

Xi could, of course, expand China’s surveillance state and its controls on the movements of its people to forestall internal opposition to his economic policies. But his policies are also antagonizing some of the powerful people inside his own party, which could be dangerous for Xi.

“There will be increased resistance among Party elites to the sorts of hyper-nationalistic economic policies that Xi has implemented … [fueling] internal political instability,” said John Lee, a former Asia adviser to the Australian goverment, now a senior fellow at the Hudson Institute. 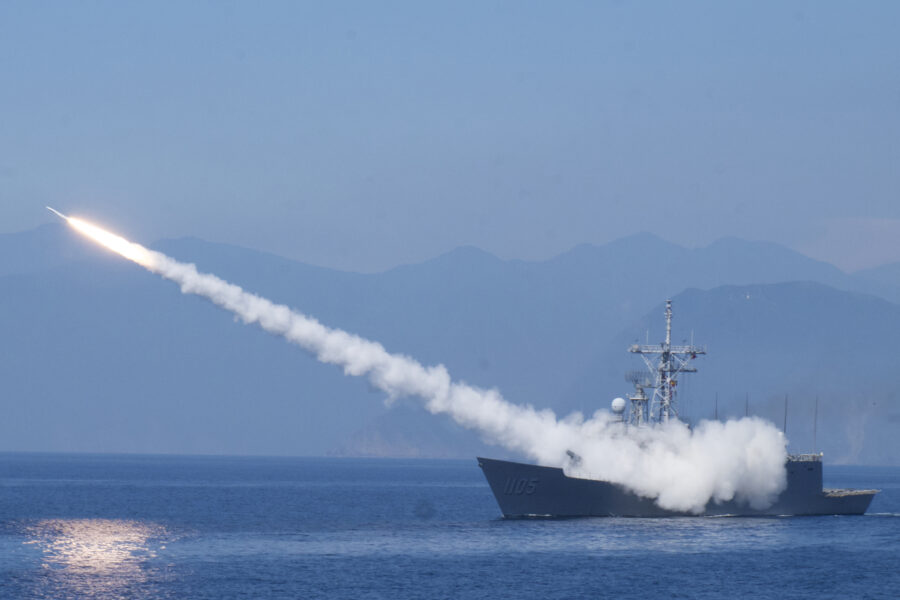 If an economically weak Xi continues to intensify his already aggressive foreign policy, many expect Taiwan to be the target. Xi reiterated last week that China “will never promise to renounce the use of force” to ensure “reunification” with Taiwan.

The Biden administration already sees the danger increasing. Secretary of State Antony Blinkenwarned last week that “Beijing was determined to pursue reunification on a much faster timeline.” Chief of Naval Operations Adm. Mike Gilday echoed that concern two days later by suggesting that Xi’s timetable to invade Taiwan had advanced to “a 2022 window or potentially a 2023 window.”

Still, Lonnie Henley, a former U.S. intelligence officer specializing in China’s military, argued that an attack on Taiwan carries so much risk that Xi would be unlikely to take that step no matter how bad domestic woes get.

“Any conflict over Taiwan would represent an existential threat to the CCP regime, so it’s the last thing a beleaguered Xi would look to as a distraction from domestic troubles … so no, I don’t buy the ‘wag the dog’ theory,” said Henley, who now lectures at The George Washington University.

But Xi’s record oftrampling CCP tradition to boost his power and his avowal of a hawkish vision of “national rejuvenation” linked to defending China’s “territorial integrity” doesn’t preclude Xi using military force even when there are major risks.

“Xi is a known risk-taker and seems highly confident — if misguided — in both his judgment and the weakness of his opponents,” said Robert Haddick, a former contractor at U.S. Special Operations Command and a visiting senior fellow at the Mitchell Institute for Aerospace Studies, Air & Space Forces Association. “Few expected Vladimir Putin to be so irrational as to actually invade Ukraine, but he obviously did. Why not Xi too?”