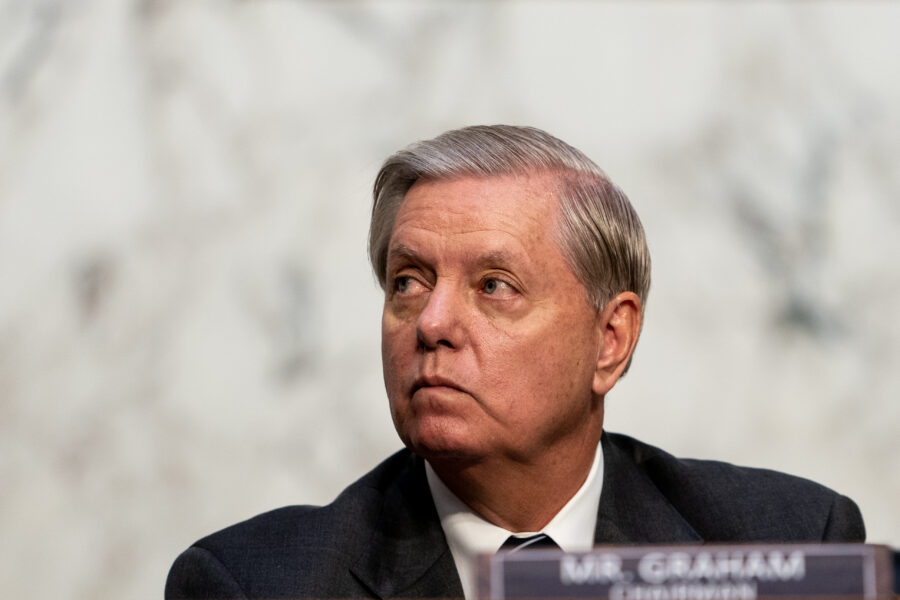 Sen. Lindsey Graham on Friday asked the Supreme Court to intervene in his fight to block a grand jury subpoena investigating his phone calls with Georgia officials in the aftermath of the 2020 election.

A federal appeals court ruled against the South Carolina Republican on Thursday, rejecting his claims he was immune from questioning by the Fulton County grand jury charged with investigating efforts to overturn the 2020 election.

A three-judge panel of the Atlanta-based 11th U.S. Circuit Court of Appeals ruled the Fulton County district attorney could force Graham to testify before the grand jury, although the appeals court left the door open for Graham to object to individual questions that could be posed by prosecutors or the grand jury.

Graham’s lawyers, led by former Trump White House counsel Don McGahn, asked the Supreme Court to grant an emergency stay that would protect Graham from being required to appear before the grand jury while the legal issues are fleshed out further.

“Only this Court can prevent the state-court questioning of Senator Graham contrary to constitutional immunities, because the district court and Eleventh Circuit have refused to temporarily stay the proceedings until the appeal is finally resolved,” Graham’s attorneys wrote in the emergency application filed with the high court Friday afternoon.

Prosecutors for Fulton County District Attorney Fani Willis have sought Graham’s testimony about his post-2020 election call with Georgia Secretary of State Brad Raffensperger as part of her investigation into efforts to overturn the 2020 election. Raffensperger has said Graham asked him about tossing ballots during their call. Graham, in court filings, has argued his call was about legislative fact-finding and would be protected from questioning by the Speech and Debate Clause of the Constitution.

Graham’s office said in a statement he filed with the Supreme Court to “defend the Constitution and the institutional interest of the Senate.”

A spokesperson for Willis did not immediately respond to a request for comment.

Graham’s application was addressed to Justice Clarence Thomas, who supervises the 11th Circuit. He has the authority to act on his own to grant Graham’s request, but justices typically refer high-profile cases to the full court for action.