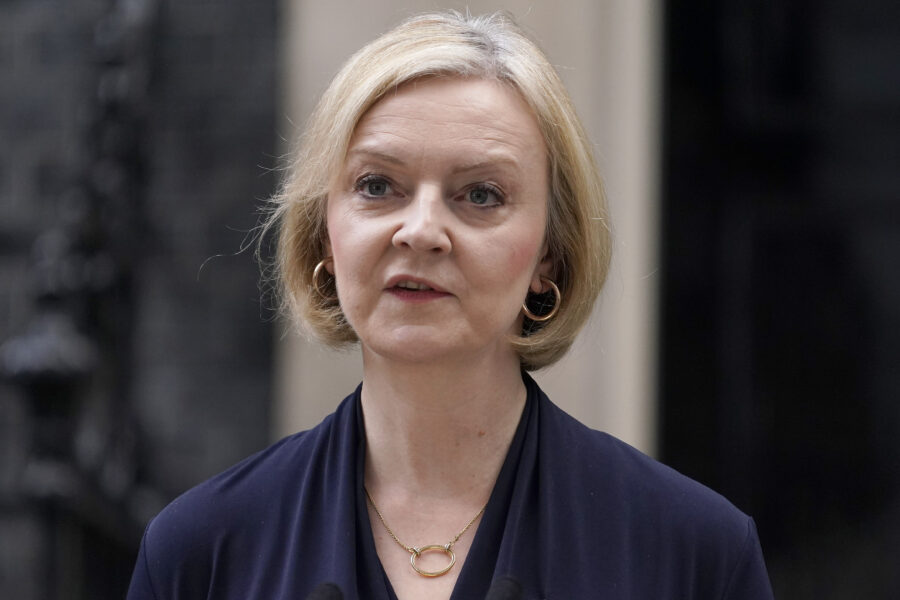 It turns out that Great Britain’s political system has a “lemon law.” If a new prime minister’s first days produce an economic and political disaster, there’s a way to show them out the door of 10 Downing Street before they find out how the coffeemaker works. Yes, Liz Truss resigned, but only after Cabinet resignations, denunciations and “no-confidence” proposals made it impossible for her to stay in office.

The ability to sack a prime minister between national elections is a familiar, if not commonplace, event in the UK. Anthony Eden was forced out in 1957 after a disastrous military adventure in the Sinai; Margaret Thatcher, the longest serving PM in history, was pushed out in a revolt by Cabinet members and key MPs. (Technically, prime ministers are removed from their party’s leadership.) And Boris Johnson, the once (and future?) prime minister, suffered a similar fate after the number of scandals reached somewhere between double and triple figures.

And here in the USA? It can’t happen here, of course. The question is: Should it?

The fixed term of a presidency was a clear choice of the Constitutional Convention. In fact, they came close to adopting really fixed terms.

According to the National Constitution Center, “Surprisingly, many of the Framers — including Hamilton and Madison — supported a lifetime appointment for presidents selected by Congress and not elected by the people. That would have made the presidency what Virginia’s George Mason called an ‘elective monarchy,’ however, and when this was put to a vote it failed by only six votes to four.” (It took more than 150 years and the 22nd Amendment to limit a president to two elected terms.)

The only tools for removing a president in the middle of a term are impeachment and the 25th Amendment, neither of which remotely touches the questions of incompetence or policy failures. (After the 1946 midterms, which saw Republicans sweep into congressional power, Democratic Sen. William Fulbright suggested that President Harry Truman appoint a Republican secretary of State and then resign; back then, with no vice president, that Cabinet office was next in line for the presidency. The idea died a swift death).

The political liabilities of a fixed-term presidency have at times been obvious. When the Great Depression arrived in 1929, Republicans were stuck with an increasingly unpopular Herbert Hoover; even if he’d been denied renomination, he would have stayed in office until 1933 — a fact that deepened the Depression months after Franklin Roosevelt’s 1932 landslide. Presidents who presided over disastrous wars — LBJ in Vietnam, George W. Bush in Iraq — faced increasing dissent, but no immediate threat to their survival. (The threats to Johnson’s renomination in 1968 from Eugene McCarthy and Robert Kennedy may well have pushed him into declining to run for another term, and to change course on Vietnam, but that dramatically illustrates the point that there was no instant way to oust him; the only political pressure Johnson faced was the prospect of losing an election.)

If the 2022 midterms produce a red wave, there are plenty of Democrats who cringe at the thought of two more years of an octogenarian president who may or may not seek the White House again.

But if it is intriguing to yearn for a way to cut a president’s term short, there are both political and policy problems with fitting a “no-confidence” vote into our system.

First, unlike Britain, we have a system for replacing a president who leaves office midterm (by death, resignation or impeachment), through the ascension of the vice president. Would a no-confidence vote necessarily apply to the veep? Or would it give an ambitious vice president a tool with which to plot the president’s political demise, as countless melodramas have suggested the 25th Amendment might?

Second, you know that term “separation of powers?” The whole point of fixed terms was to make the executive branch something distinct from the creature of the legislative branch. Indeed, there are proponents of the argument that “divided government” is actually healthier for the republic. Giving Congress the power to terminate a presidency at will is a dramatic turn away from that idea.

Moreover, we have seen frequently that given time, an unpopular president can turn around public opinion. Harry Truman recovered from the 1946 disaster to win a full term in 1948 and preside over the creation of an Atlantic alliance. Bill Clinton and Barack Obama presided over historically horrible midterms; both were reelected comfortably, and Clinton in particular took the thrashing to heart by declaring “the era of big government is over,” and adopting a more centrist approach to policy.

Of course, the Trump era, particularly its last weeks, provide a counterargument. With a “no-confidence” vote, Congress could have — and most likely would have — thrown Trump out within 24 hours of the January 6 insurrection. But even that would not have been the last word on Trump unless such a vote was coupled with a prohibition on ever seeking office gain … something the British system does not have, as Boris Johnson likely remembers hourly.

So, tempting as it is to imagine the drama of a president calling the movers a summer or two after her election, it may be good that the barriers to such a moment are just too high.