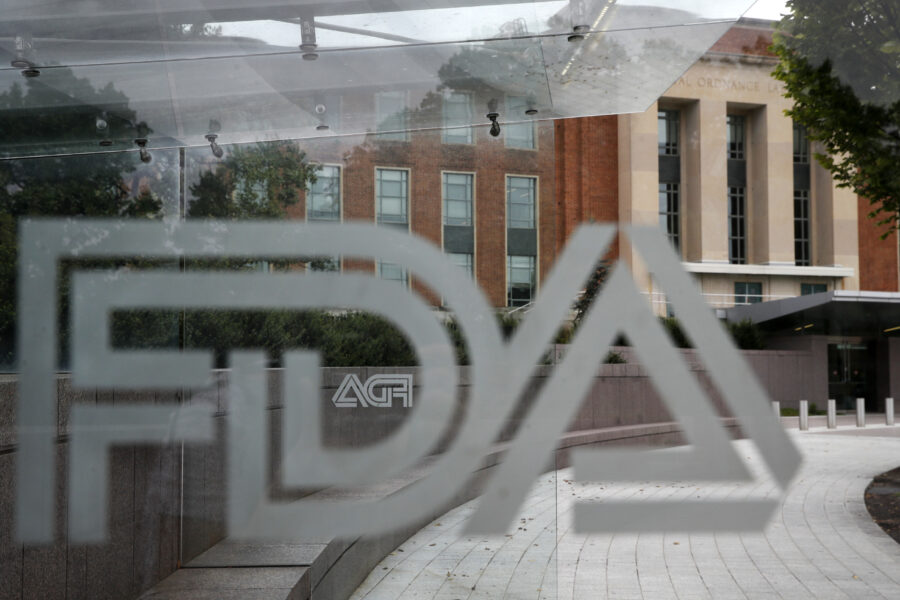 The FDA will make its case this week to do something it hasn’t in over a decade — order a drug it expedited to the market to be pulled.

A panel of independent expert advisers on obstetric and reproductive drugs will meet starting Monday to decide whether to recommend that Makena, an injection marketed as lowering the risk of preterm birth, remain available for at least some patients.

The years-long effort to yank the drug’s approval offers a case study of the agency’s accelerated approval program, which green-lit Makena in 2011. The program, which increasingly includes pricey and sometimes controversial drugs for Alzheimer’s disease and cancer, allows drug makers to sell products before trials confirming their clinical benefit are complete. But when treatments turn out to be ineffective, it can take a long time to pull them off the market, to the frustration of FDA officials.

The accelerated approval pathway does give patients with serious conditions earlier access to potentially life-changing treatments, but it can also mean drugs with questionable benefits and possible risks may remain available for years before regulators take action.

“This illustrates a number of ways the accelerated approval — despite the promise and the acceptance of uncertainty at the time the FDA authorizes the drug for use — can go poorly,” said Joseph Ross, professor of medicine and public health at Yale.

The FDA earlier this year asked Congress for clearer authority to ensure that a drug, approved through the accelerated pathway, completes and reports on additional required trials quicker and to make it easier to pull the drug off the market if those results are disappointing.

While Congress has yet to act on the agency’s request, the move to take on Makena signals that the FDA wants to be more aggressive in ensuring that fast-tracked drugs are in fact safe and effective, and easier to remove from circulation if they’re not.

A recent report from the Department of Health and Human Services’ Office of Inspector General found that more than a third of drugs granted accelerated approval have incomplete confirmatory trials, and that Makena’s was one of four that were “significantly late” — meaning five or more years past their expected completion dates.

FDA staff told the inspector general’s office that the Makena case is “an example of how lengthy and burdensome the withdrawal process may be when a sponsor disagrees with FDA’s decision to withdraw a drug’s approval,” according to the report.

The HHS inspector general also found that Medicare and Medicaid spent more than $18 billion between 2018 and 2021 on drugs granted accelerated approval that have yet to verify clinical benefit. Makena had the highest estimated Medicaid spending at about $700 million.

The FDA’s fight to pull Makena, which is intended for people carrying one child who have a history of going into early labor, from the market has dragged on even though clinical trial results in 2019 showed it wasn’t effective on either preventing delivery before 35 weeks of pregnancy or reducing the risk of adverse conditions in premature newborns. Since then, the drug’s sponsor, which has changed over the years amid corporate acquisitions, and some patient groups have advocated for the injection to remain available, arguing it may benefit a subset of pregnant people at high risk for preterm birth, such as Black women, and that there are no other treatment options for those patients.

Preterm birth, which happens before 37 weeks of pregnancy, occurs in about 10 percent of all births and affects Black women more than other racial groups in the U.S. Its causes are not well understood. Premature infants have an increased risk of severe consequences, including long-term physical and developmental problems or death, according to the FDA.

The FDA granted accelerated approval to Makena after an earlier trial showed a statistically significant difference between the injection and a placebo in lowering the rate of preterm birth. Regulators said that datapoint was “reasonably likely to predict reduction of neonatal morbidity and mortality associated with” preterm birth, though the drug maker was tasked with completing a clinical trial to confirm the drug worked, a standard requirement for the expedited approval process.

But the results showed that the drug isn’t effective in improving the health of preterm babies or reducing the risk of preterm birth. That spurred external FDA advisers in a 2019 split vote to recommend the agency pursue pulling the drug from the market.

The FDA’s drug center proposed in October 2020 that Makena’s approval be withdrawn, giving the owners of both the brand-name drug and its generics an opportunity to request a hearing.

“It’s been an extremely long process for FDA to be able to take action, and that isn’t because of inability to review evidence and make judicious decisions,” said Amy Abernethy, a former principal deputy commissioner at the agency.

FDA spokesperson Shannon P. Hatch said the two years that have passed between the agency’s proposal and this week’s meeting “primarily reflect FDA’s efforts to ensure a fair and robust process for the sponsor and the public to present their views on the proposed withdrawal of approval to the agency and an advisory committee with appropriate expertise.”

The FDA has also undergone leadership changes during that time, with three people serving as acting or confirmed commissioners since the drug center proposed pulling Makena.

Covis Pharma, which now owns Makena, argues that the confirmatory study was flawed because it enrolled fewer high-risk patients, including fewer Black women than the earlier trial that supported its accelerated approval bid. A company spokesperson said Covis wants to work with the FDA on further study options and on narrowing Makena’s label to apply to the highest-risk patients while that research happens.

“There is no sound public health reason to deprive access to the only available FDA-approved treatment to reduce the risk of preterm birth in pregnant women with a history of spontaneous preterm birth — particularly when there are no other approved alternatives,” Covis spokesperson Francesco Tallarico told POLITICO.

The FDA argues that the evidence doesn’t show that any population subset — whether based on race or number of previous spontaneous preterm births — “responds more favorably to Makena.” Plus, regulators said, the drug poses risks for blood clots that, when paired with a lack of efficacy, makes leaving it on the market untenable.

“Failing to withdraw Makena would mean maintaining FDA approval of a drug that, based on all available evidence, has not been shown to be more effective than, but is riskier than, no treatment,” the FDA said. “This would be a disservice to patients at risk for recurrent [preterm birth] and would undermine the accelerated approval pathway.”

Leaving the drug on the market also would make it more difficult to continue studying its effectiveness, the FDA said, since the best way to gather that data — and trump the negative outcome seen in the earlier confirmatory trial — is through a randomized, placebo-controlled trial.

But that would be nearly impossible to do in the U.S., the FDA said, since patients who wouldn’t want to risk being assigned the placebo could avoid it by not enrolling in the study at all, while still having access to an FDA-approved drug. It likely would take at least another decade to complete, the agency added, meaning a drug with unverified benefit would remain on the market for at least 20 years.

The accelerated approval program’s history dates back to 1992, when the FDA launched it largely in response to HIV/AIDS activists who argued the agency was moving too slowly to approve potentially life-saving treatments to counter the raging epidemic. The vast majority of accelerated approvals granted in the past decade have been to cancer drugs, though the most recent one that has spurred controversy in the medical community is the 2021 approval of Aduhelm for Alzheimer’s disease.

Drug manufacturers often will voluntarily remove their products from the market if follow-up trials don’t show clear effectiveness, sometimes reevaluating them in different populations to see if it’s worth pursuing a different drug indication later.

The only time the FDA has ordered a drug’s approval to be withdrawn was in 2011 for Avastin, and that decision was limited to its indication for treating metastatic breast cancer. That meant it remained on the market for other uses, allowing doctors to prescribe it to patients “off label” if they believed their patients could possibly benefit.

The FDA’s Hatch said leadership has sketched out a timeline it plans to follow to make a final decision on Makena in the coming months. The agency’s presiding officer will issue a report on the advisers’ recommendations and her own views within 45 days of the meeting’s transcript being made public, then open up a 45-day comment period for the drug center and for Covis.

FDA Commissioner Robert Califf and the agency’s chief scientist will review the comments and the case record before making a decision “and plan to do so expeditiously,” Hatch said.

Endorsing drugs under accelerated approval that later aren’t shown to be effective isn’t an inherent failure of the program, said Steve Pearson, president of the Institute for Clinical and Economic Review, a nonprofit that reviews the clinical and economic value of drugs and medical devices.

“It is a failure if the confirmatory trial isn’t done in a timely fashion,” he added, as well as if a trial has negative results and the FDA is still deterred from removing the product from the market.