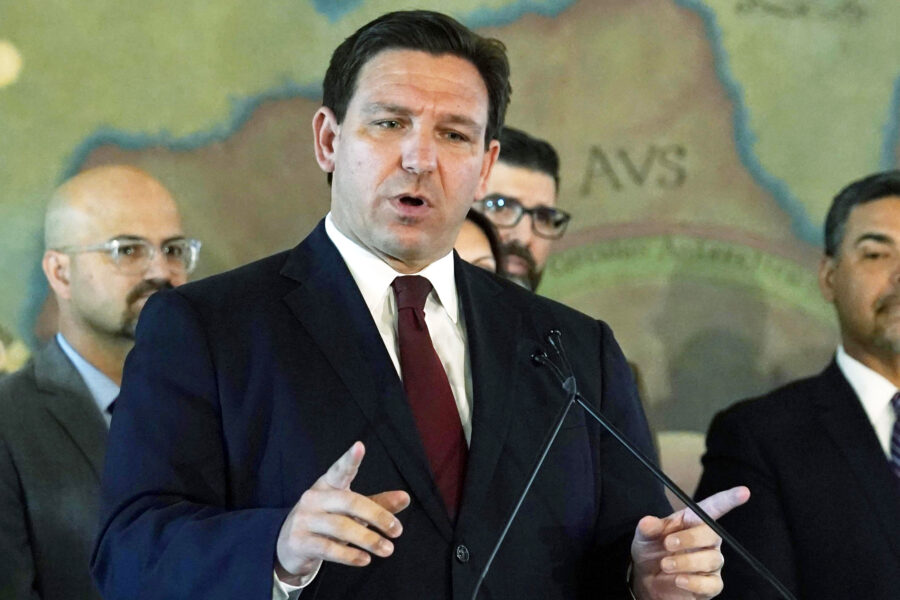 TALLAHASSEE, Fla. — Newly released documents show that top staffers for Gov. Ron DeSantis — including his chief of staff — were directly involved in the state’s program to send migrants from Texas to Martha’s Vineyard.

In the two weeks leading up to the Sept. 14 transport of almost 50 Venezuelan migrants to the island, DeSantis’ chief of staff, James Uthmeier, sent text messages and had phone calls with Larry Keefe, a former Trump-appointed U.S. Attorney who is now DeSantis’ hand-picked public safety czar. The messages make clear that Keefe was in Texas helping coordinate the flights and had the full support of the governor’s chief of staff, according to records released by the governor’s administration late Friday.

On Sept. 5, more than a week before the first flight, Keefe texted Uthmeier that he was “back out here” and the chief of staff responded that he endorsed the effort.

On the day of the first flight from Texas to Martha’s Vineyard, Keefe texted Uthmeier: “Wheels up” and “Should be in contact again around 1100 eastern.”

The documents provide the clearest picture yet of the extent to which DeSantis’ top officials were involved in the planning and execution of the flight. They include nearly 150 pages of material such as text messages, photos of migrants boarding private planes and partially-redacted Department of Homeland Security waivers signed by migrants taking the flights. Names of individual migrants are blacked out of the waiver documents but most list Venezuela as the country of origin. 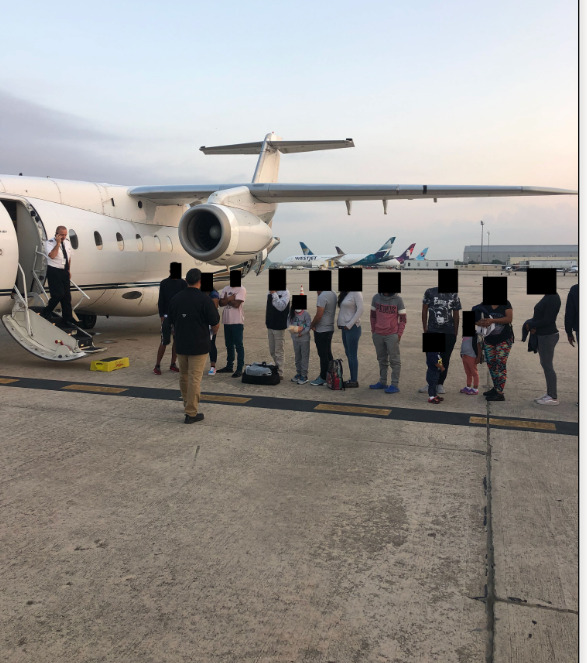 DeSantis for nearly a year had championed the program and convinced the Republican-led Legislature to give him $12 million of initial funding for the overall effort to transport migrants.

DeSantis’ flight caused outrage from Democrats, who accused DeSantis of human trafficking and using vulnerable asylum seekers as political props. Republicans, however, applauded DeSantis, saying he brought attention to the steep increase in immigration along the southern border.

The DeSantis administration is facing multiple lawsuits over the program, including one filed last Monday by The Florida Center for Government Accountability alleging DeSantis was not releasing records related to the flights. The Treasury Department’s watchdog is looking into whether the Florida governor improperly used money connected to federal Covid-19 relief funds to pay for the flights while a sheriff in Texas is probing whether the flights broke any laws.

DeSantis spokesman Bryan Griffin said on Saturday that the release of documents was not related to the Florida Center for Government Accountability’s lawsuit, but rather part of “ongoing records requests.” He did not respond to questions about other aspects of the flight, or the records themselves.

“The Governor’s Office continues to play fast and loose with the right of Florida citizens to know what their government is doing,” he said in a statement. “These records should have been produced within a day or two of the initial request. Instead, 25 days later we continue to get a piecemeal release of records.”

Text messages between Keefe and Uthmeier on Sept. 5 also indicate that officials in Texas were aware of Florida’s program and knew the flights were coming.

It’s unclear who or what “dash” is and questions to DeSantis’ office for clarification were not returned.

Texas Gov. Greg Abbott has said he was not involved in DeSantis’ flights from his state to Martha’s Vineyard. But his administration has bused thousands of migrants from the southern border to blue strongholds, including New York City and Chicago. Abbott has also bused dozens of migrants to Vice President Kamala Harris’ Washington, D.C. residence. His office did not respond to requests for comment about the Texas messages indicating Texas was “aware” of some version of the Florida plans.

While DeSantis has only executed one transport, his administration on Sept., 20 appeared to be organizing another flight of migrants, this time to President Joe Biden’s home state of Delaware, which was first reported by the Miami Herald.

That flight, though, was canceled, stranding migrants that had been recruited for the flight stranded in Texas. The Miami Herald reported that a woman identified as “Perla” was the one who showed up at a hotel in San Antonio to recruit them for the flights, and ultimately later abruptly informed them of its cancellation. The New York Times identified “Perla” as Perla Huerta, a military veteran who spent two decades in the U.S. Army.

“Perla” also shows up in screenshots of What’s App messages that were sent to Keefe included in the most recent trove of released documents.

“They will hate me today, but this opportunity no one would have given them,” read one message, written in Spanish, in response to a message that directly referenced “Perla.”

In another message, at least one migrant seemed to express gratitude for being part of the program, saying they feel like they were put in a “bed of gold.”

Keefe was hired by DeSantis in Sept. 2021 to serve as Florida’s first-ever public safety czar, a position DeSantis immediately framed as focusing on illegal immigration.

Keefe previously was a named partner at an Okaloosa County law firm that is among the biggest in the region and on multiple occasions represented Vertol Systems, the vendor the DeSantis administration has so far paid $1.5 million tied to the migrant flight program.

Gary Fineout contributed to this story.