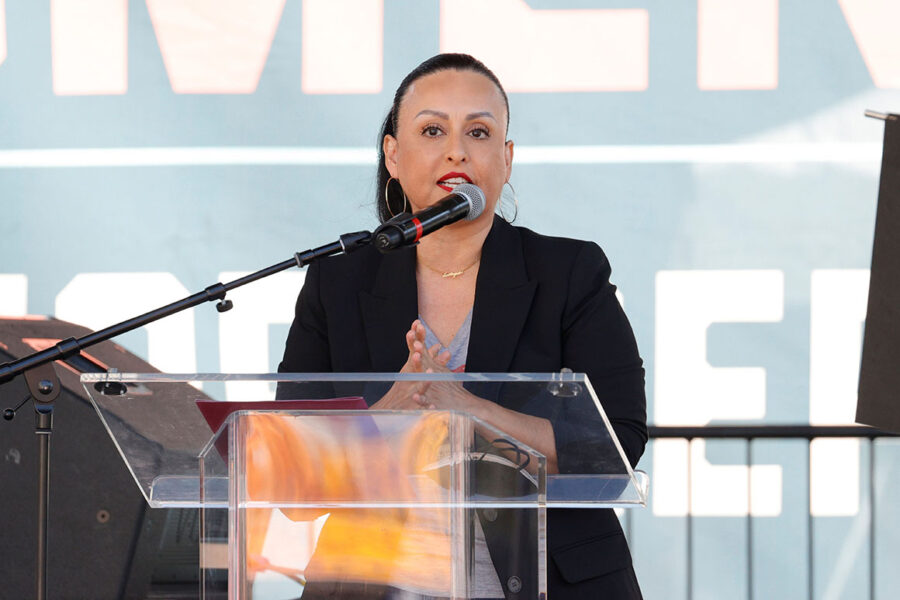 Former Los Angeles City Council President Nury Martinez resigned from her seat Wednesday, becoming the first to do so out of three council members overheard taking part in a leaked conversation that featured racist remarks and disparaging comments about colleagues and has ignited public fury and prompted calls from President Joe Biden and other prominent Democrats.

Martinez, who previously stepped down from the position of president and then said she was taking a leave of absence, only indirectly addressed her her remarks in a written statement announcing that she was leaving the council.

“To my staff – I’m sorry that we’re ending it this way,” Martinez said. “This is no reflection on you. I know you all will continue to do great work and fight for our district. I’ll be cheering you on.”

The hourlong recording captured a conversation between the three council members and a labor leader in which Martinez made pointed racist remarks about another white council member’s Black son, calling him a Spanish word for “little monkey.” The four also discussed ways to use the city’s redistricting process to benefit themselves and their allies, while also diluting the power of Black Angelenos. All three members have apologized for the conversation, but Martinez is the first to leave office.

The remarks have caused a seismic shift in Los Angeles — where city scandals and racial tensions were already simmering. On Tuesday, the other members on the call, Gil Cedillo and Kevin de León, were shouted out of council chambers by a crowd of angry protesters. On Wednesday, public vitriol shut down another council meeting, even though none of the members in question was present.

News of the recording prompted immediate calls for resignation from city, state and national leaders. In addition to Biden, California Sens. Alex Padilla and Dianne Feinstein have called for the council members to resign. Gov. Gavin Newsom, who condemned the remarks early in the week, but did not go so far as to call for resignations, said in a tweet Wednesday that Martinez’s decision was the “right move.”

“What was said by these elected leaders is deeply troubling and racism cannot be tolerated in California,” Newsom’s office said on Twitter.

Similarly, de León has about two years left on the council. Cedillo, who lost his primary in June, has only a few months.