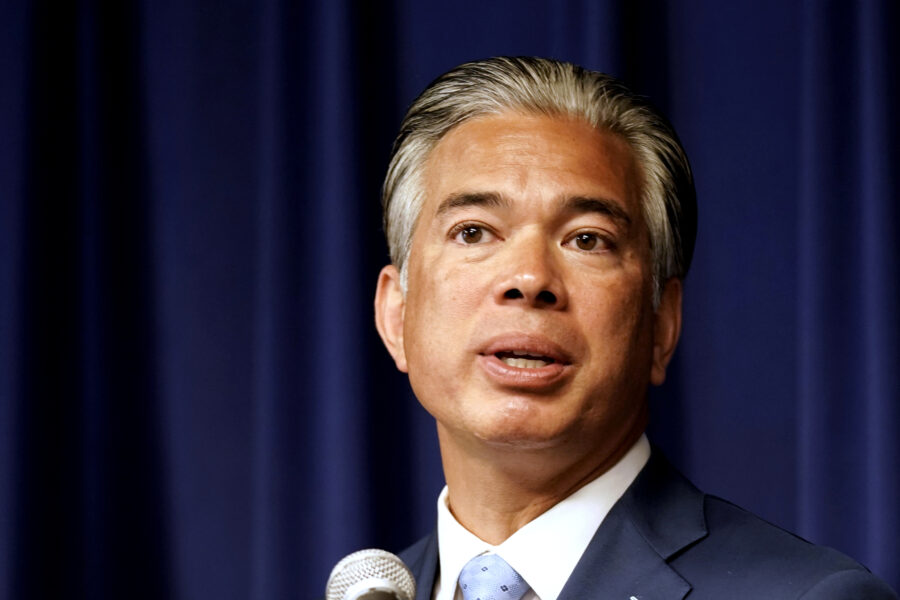 “It’s clear an investigation is sorely needed to help restore confidence in the redistricting process for the people of Los Angeles,” Bonta said at a news conference.

Los Angeles has been rocked by secret recordings in which then-City Council President Nury Martinez, City Council members Kevin de Léon and Gil Cedillo, and then-labor leader Ron Herrera use racist language while discussing how to carve up council districts during the city’s once-in-a-decade process of redrawing lines. Martinez has taken a leave of absence and Herrera has stepped down.

While their racist statements have drawn fierce condemnations, the conversation also illuminated the zero-sum politics of redistricting. The council members and Herrera talk about undercutting another member by putting her district “in a blender” and diluting the power of renters. They also discuss distributing “assets” like an airport to “Latino districts,” and emphasize how they can “massage to create districts” that benefit themselves.

Unlike in the process for drawing California’s congressional and state Legislature seats, which is overseen by an independent panel, maps of Los Angeles City Council districts are shaped and approved by sitting members, enabling manipulation and abuses of power.

Those supporting Bonta’s investigation include acting Los Angeles City Council President Mitch O’Farrell, who was elevated to the post after Martinez forfeited the presidency amid outrage over the recording.

“Redistricting is always controversial. There’s always politics involved, but never have I heard of an instance where there was a closed-door meeting with a few council members deciding amongst themselves on how redistricting should go,” O’Farrell said in a news conference.

The expanding fallout from the recordings has included calls for Los Angeles to adopt an independent redistricting panel. State Sen. Ben Allen (D-Santa Monica) said earlier this week he might run legislation to do so.

“We should have a non-partisan process in cities like LA to create fair districts independent of self-serving politicians, and I am exploring legislative options along those lines,” Allen said in a Tuesday tweet.