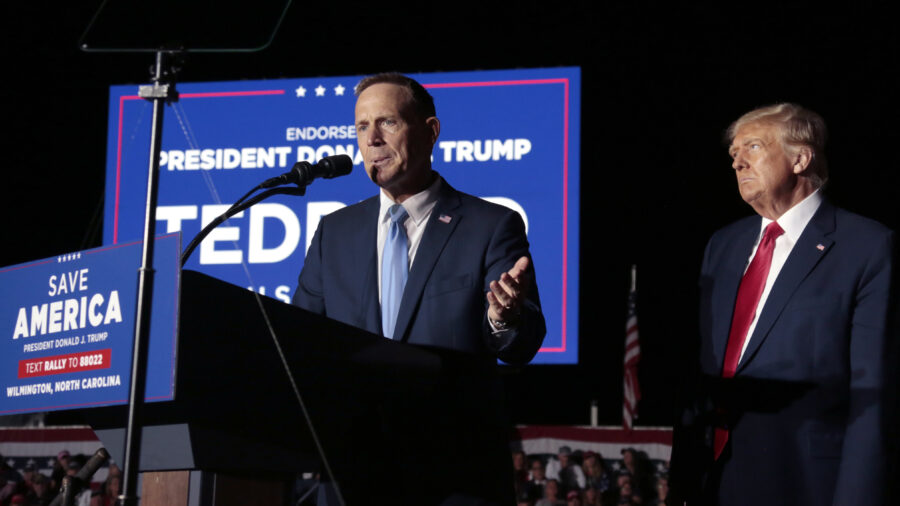 North Carolina’s Republican senators are known for their independent streaks: Richard Burr voted to convict Donald Trump of inciting an insurrection, and Thom Tillis clinched a flurry of bipartisan deals.

The man who wants to join their ranks cuts a different profile.

Rep. Ted Budd (R-N.C.), the GOP nominee in North Carolina’s close Senate contest, is among the most conservative members of the House, with a voting record to show for it. And how a potential Senator Budd might operate in the upper chamber is one of the biggest questions facing Tar Heel State voters as the race comes down to the wire.

Since winning re-election in 2020, Tillis transformed into one of the Senate’s most active negotiators, working with Democrats on gun safety, infrastructure and even enshrining same-sex marriage protections. The retiring Burr supported both the guns and infrastructure bills after memorably voting to bar Trump from office. Tillis and Burr voted to certify Trump’s 2020 loss. On all of those votes, Budd broke the opposite way.

Yet he insists he will carry on in the unconventional tradition of the state’s GOP senators if he defeats Democratic nominee Cheri Beasley next month.

Budd said “of course I’m going to think independently” when asked about Tillis and Burr’s records. He declined to say where he might break from conservative orthodoxy. 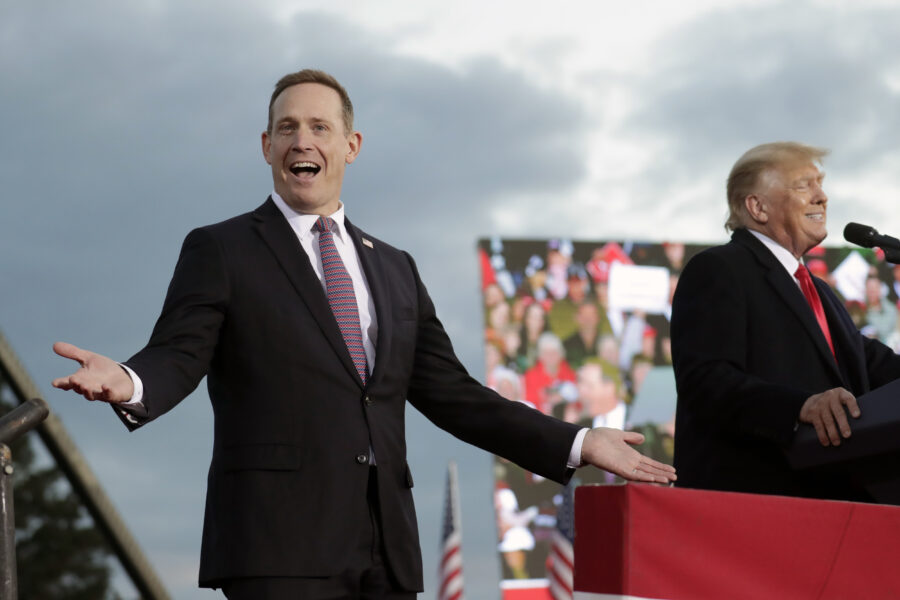 “Message discipline,” he said of his tight-lipped response, adding: “This is why people say this race in North Carolina is boring.”

Budd’s House record sheds some light on how he might break from Tillis, Burr and the late Sen. Kay Hagan (D-N.C.), a trio that occasionally tacked to the center on a narrow range of issues.

The three-term congressman, a member of the pro-Trump House Freedom Caucus, counts near-pristine records with conservative groups and last month voted against funding the government through December, breaking again from Tillis and Burr. Trump and the diehard fiscal conservative Club for Growth both endorsed Budd in a crowded primary.

One of the primary rivals Budd bested, former Gov. Pat McCrory, said Beasley is fuzzy on the issues too, but as a former state Supreme Court judge she “isn’t hindered by a voting record or a primary.” He said voters have seen two different versions of Budd.

“During the general election, you’re not seeing him in commercials with Trump or a gun in the front of his trousers. Instead you’re seeing his commercials in a grocery store, which is very effective. So he’s playing to two different audiences,” McCrory said. “Which one will he be if he’s elected to the U.S. Senate? We don’t know.”

Public polls show a tied race, though recent history suggests Budd is a narrow favorite. Beasley is hammering Budd on his vote against prescription drug price reform and protecting abortion rights while trying to emphasize her own independence. Budd is staying focused on the GOP’s four pillars this election: Inflation, crime, the southern border and Biden’s unpopularity.

Georgia, Wisconsin and Pennsylvania get more attention, but holding Burr’s seat is a must for Republicans looking to snatch the 50-50 Senate back from Democrats. Republicans have won every Senate race in the state since 2008, and few are worried about Budd’s prospects. Democrats, however, upped their investments in North Carolina recently as Beasley hangs on.

Budd will “be different representing the whole state than he will representing a small slice of geography,” Burr predicted.

Tillis compared Budd to retiring Sen. Pat Toomey (R-Pa.), a fiscal conservative who backs some gun safety measures, convicted Trump in last year’s impeachment trial and once ran the Club for Growth himself.

“Pat has certain areas that are red lines for him, but he’s also involved in a number of bipartisan efforts. And I believe Ted will follow in that mold,” Tillis said. 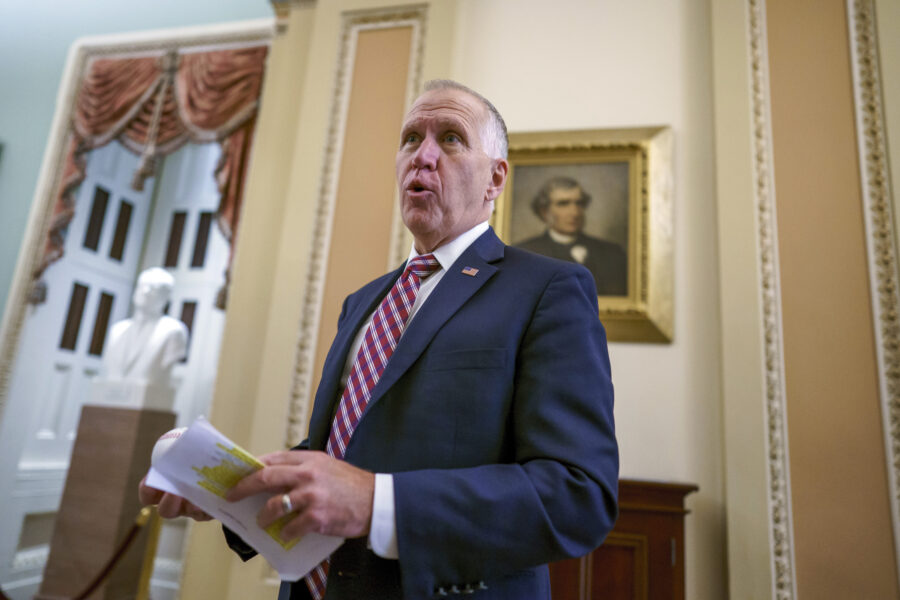 Budd’s supporters in the House delegation predict he’ll keep cruising in the right lane. Former Rep. Mark Walker (R-N.C.), another defeated Senate primary opponent, said his experience with Budd in the House leads him to believe the nominee would operate “in much of the same fashion” as a senator.

Budd “is a conservative, so I would expect him to be with the conservatives in the Senate on most things,” said Rep. Richard Hudson (R-N.C.).

“Ted Budd goes beyond. And that’s just not who Tillis and Burr have been. So, Budd is a throwback to the Jesse Helms days,” said former Sen. Doug Jones (D-Ala.).

“It ain’t complicated or hard to predict how Ted will govern in the U.S. Senate,” Felts said. “Ted Budd’s top consideration in the U.S; Senate will always be ‘what’s best for the working families of North Carolina?'”

While national Republicans inverted heavily in holding North Carolina, the Club for Growth is airing a brutal crime ad against Beasley and Trump just held a rally in the state, the party isn’t quite in lockstep. McCrory said he is “not involved” in the general election. Both Walker and McCrory say they haven’t been asked to support Budd. Felts praised Walker for offering to help Budd’s campaign but mocked McCrory’s primary performance.

The question of political independence isn’t rhetorical in North Carolina, where voter registration is roughly evenly split among Republicans, Democrats and independents. Budd hails from a largely rural and red district in the central part of the state, located south of Winston-Salem and Greensboro, and north of Charlotte.

Burr and Tillis are no moderates, and Tillis tacked to the right to avoid a serious primary challenge in 2020. But at the moment, Budd looks like the most conservative of the three.

“Congressman Budd is very much aligned in his election effort, both financially and with endorsements, from former President Trump and the Club for Growth. So it’s going to be very difficult to separate himself” from them, McCrory said.

Like many other Republicans this cycle, Budd is doing all he can to tie Beasley to Biden. She’s split from her party on a handful of issues, pushing to preserve pandemic-related border restrictions, criticizing lack of action on inflation and opposing the Biden administration’s menthol cigarette ban. She did, however, endorse scrapping the filibuster. 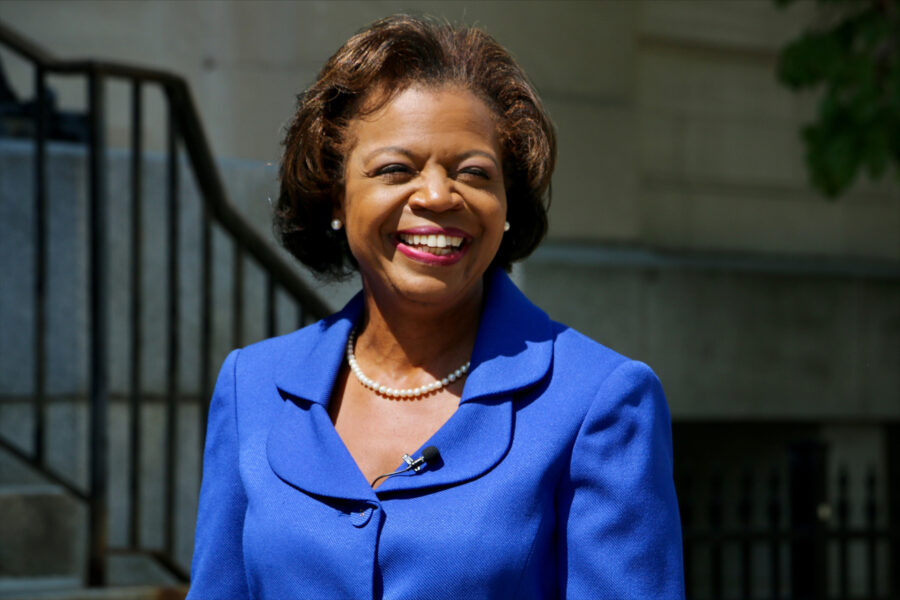 Gov. Roy Cooper (D-N.C.), a longtime advocate for more Democratic focus on the race, said Beasley “can put politics aside to give North Carolina a voice in Washington, and I just haven’t seen Congressman Budd show that same independence and accountability.”

Importantly, Budd won a crowded primary to reach the House, where elections every two years can tug incumbents away from the center. The Senate’s six-year terms insulate members from immediate blowback, which has some Republicans predicting a Budd 2.0 if he moves across the Capitol.

“North Carolina is a purple state,” said Rep. Greg Murphy (R-N.C.). “He will be a member that represents the state in its totality.”

Marianne LeVine contributed to this report.