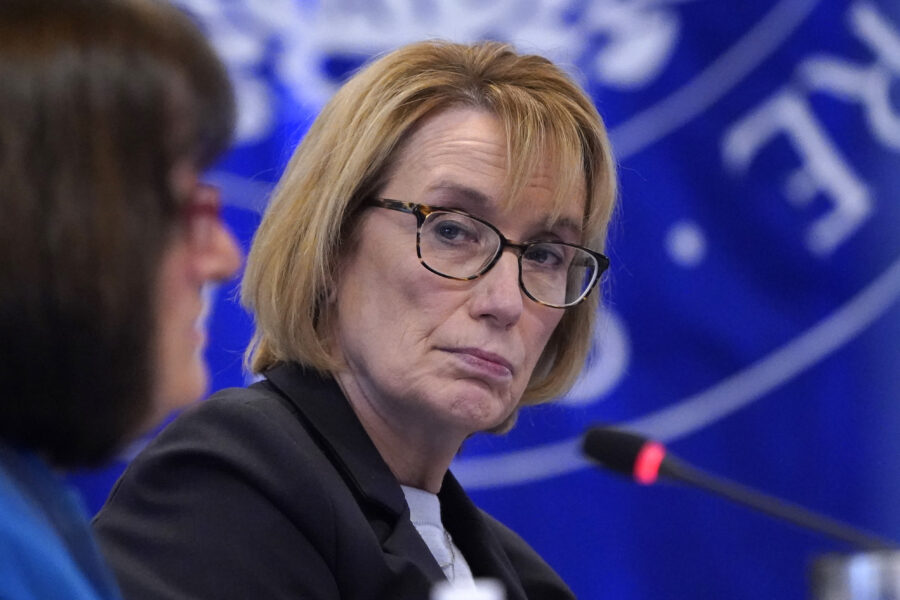 Senate Republicans’ campaign arm is pulling millions of dollars in spending from New Hampshire’s race to shore up other candidates across the board, as Democratic incumbent Maggie Hassan continues to poll ahead of her challenger.

The National Republican Senatorial Committee is canceling the remainder of its fall ad slate for New Hampshire after launching a coordinated ad with GOP nominee Don Bolduc earlier this week. The move comes as New Hampshire appears increasingly out of reach for the GOP, although Republicans still have millions more on the books for the final month of the campaign.

“We’re glad to see Republican outside forces showing up in a big way in New Hampshire, with millions in spending pledged to take down Maggie Hassan in the final stretch,” said Chris Hartline, a spokesperson for the NRSC.

The Mitch McConnell-aligned Senate Leadership Fund super PAC placed a $23 million ad buy in New Hampshire in September and has not changed its approach yet. To keep the state on the board, Republicans probably need the PAC and other groups to stay on the airwaves.

The NRSC initially reserved $9 million in the state, and AdImpact showed the party cutting $2.7 million in ads. Hassan leads by an average of 8 percentage points, according to 538.

The Hassan campaign is not celebrating yet. Kevin Donohoe, a spokesman for the Democratic camp, said: “The one and only thing I agree with the NRSC on: there is still a ton of GOP spending against Senator Hassan.”

The NRSC will redirect the New Hampshire money to Arizona, Georgia, Pennsylvania and Nevada — all states with races that appear much closer and more winnable than New Hampshire. Republicans need to flip one Democratic seat and hold Pennsylvania, Wisconsin, Ohio, Florida and North Carolina in order to reclaim the Senate majority next year.

Their best chance to flip a seat is probably Nevada, as Hassan and Sen. Mark Kelly (Ariz.) hold reliable leads in their races. And the tight Georgia race has been rocked by allegations that anti-abortion Republican candidate Herschel Walker paid for an abortion.