Colin Schmitt has been getting pummeled for weeks by Democratic TV ads casting him as a villain on abortion rights.

Then the New York Republican congressional hopeful decided to air an abortion ad of his own, flipping the script Democrats have used to cast Republicans as too extreme on the issue in dozens of battleground races. His new 30-second spot accuses Democratic Rep. Pat Ryan of supporting “late-term abortion up to the moment of birth” and allowing “non-doctors” to perform them.

Schmitt’s decision to spend precious TV time responding on the issue demonstrates how Democrats have forced the GOP into a defensive crouch on abortion. And it illustrates how GOP campaigns across the country are grappling with the same conundrum: how to respond — if at all — to the Democratic ad onslaught on abortion policy, when every minute they spend discussing about abortion rights is one not used discussing about inflation and economic woes.

“We want to talk about the issues that are impacting all the families in the district,” Schmitt, a New York state legislator, said in an interview, ticking off crime, immigration and the economy. But Ryan and his allies drove the conversation away from those topics, Schmitt said, and he felt it was time to respond.

“If my opponent wants to continue to talk about extreme positions on abortion, we’re going to highlight his,” Schmitt added. 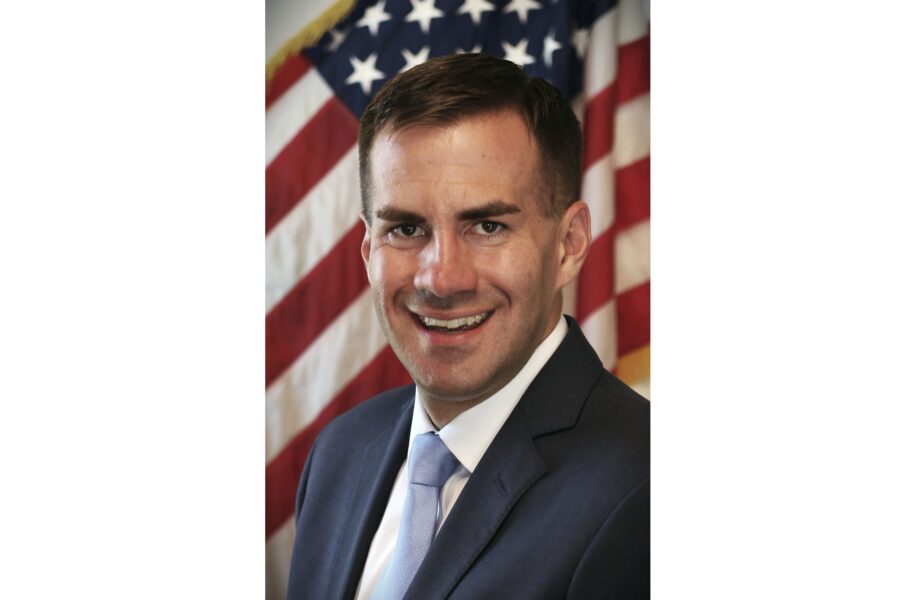 Democratic candidates and their allied groups have poured over $25 million into broadcast abortion spots so far, according to data from AdImpact, a media tracking firm. It’s the most common topic in their advertising. The ads paint Republican candidates as extremists who would imprison doctors and force women who have been raped to carry pregnancies to term.

The attacks, using carefully crafted language, have targeted nearly all Republicans, from those who support abortion in the first trimester to those against any legal abortion.

In the closing weeks of the midterms, Republicans have largely ignored the negative ads and kept their focus on the economy. Only a handful, including Schmitt, have responded in a TV ad by outlining their position and painting Democrats as out of step with the majority of the electorate’s stance on the issue.

There are risks to both paths. Disregarding the hits lets Republicans focus on the other issues they want to be front and center in the election — but allows Democrats to make claims with no pushback. Responding gives in to a broader narrative set by Democrats.

“I have been steadfast in my support of a woman’s right to choose,” said former Connecticut state Sen. George Logan, the Republican challenging Democratic Rep. Jahana Hayes. Spots from the House Democratic campaign arm warn that Logan would join “extreme Republicans” who want to ban abortion and throw doctors in jail. Logan responded with a spot noting that he was not a typical Republican, but he did not mention abortion directly.

“I only have about 30 seconds in the ad, right? My goal isn’t just to play defense, I’m on offense here,” Logan said. “For me, it’s more important, for example, to talk about how I want to make the cost of goods and services more affordable. I want to make our community safe.”

Republicans have instead centered many of their spots on the economy, crime and immigration. In August and September polling commissioned by the House GOP campaign arm, voters in 68 out of 69 districts surveyed said the economy and inflation, combined, were more important to them than abortion rights. For independents, inflation was the top issue for 25 percent, with another 12 percent selecting abortion as their top issue.

National Republican strategists have urged candidates to resist the temptation of focusing on responding to abortion, when it isn’t the most important issue in these races, according to people familiar with their strategy.

“In a lot of these places you’re just going to see Republicans let it go,” said one GOP operative working with battleground House candidates. “It’s a far more effective ad for us to say Biden and Pelosi are ruining the economy and to say that five different ways.”

In a strange twist, Ryan became an unofficial Democratic poster child for campaigning on abortion rights when he pulled off an important victory in an August special election. He and his allies aired ads warning that his then-opponent, Republican Marc Molinaro, would not protect access to abortion.

Molinaro aired no TV ads responding to the attack — though he has said he would not support a federal ban on abortion. He narrowly lost and, thanks to redistricting, is running against a different Democrat for a full term in Congress this fall.

“What we were able to successfully do is choose the ground on which we fought, which was reproductive freedom,” Ryan said in an interview last week, before Schmitt’s ad. “And once it was clear, that was the ground we’re fighting on. There’s just no way for today’s Republican Party to win on that ground. They’re not united at all.”

Ryan now faces Schmitt, who describes himself as “pro-life” but says he views the issue “from a compassionate, common sense approach.”

Democrats have warned in ads that Schmitt would “ally with” extremists who want to criminalize abortion. Schmitt declined to say specifically whether he would support a nationwide ban on abortion or whether he supports exceptions for rape and incest, noting that New York state law allows for exceptions. He said he did not think an abortion ban would come up for a vote on the House floor.

Schmitt said he noticed that Molinaro had not responded to the abortion ads. But he decided to take a different path.

“We have our own style and our own plan here,” he said. “And there’s no overlap between that race’s plan and our plan.”

Not many Republicans have given into the same temptation to respond.

Only a few GOP House candidates have brought up abortion in ads, according to AdImpact. Oregon Republican Alek Skarlatos made a brief mention about protecting women’s healthcare. Possibly the only other notable example is Zach Nunn, a state senator challenging Democratic Rep. Cindy Axne in a Des Moines, Iowa-based district.

Axne and the Democratic Congressional Campaign Committee have aired several broadcast spots using footage of Nunn raising his hand at a GOP primary debate when asked if he believed all abortions should be illegal.

In a spot released in late September, Nunn went direct-to-camera, calling himself “pro-life” but specifying that he had “voted for exceptions for the health of the mother” and “to expand access to contraceptives.” Then he adopted Schmitt’s line, accusing Axne of supporting “abortion up until the moment of birth” and accused her of voting against “providing life saving medical care for a baby who survives an abortion.”

“Are they nuts?” Axne said about Nunn’s ad in an interview. “That’s called murder,” she continued. “That’s just the craziest thing you could ever hear. And I mean, who even says stuff like that?”

But she said Democrats would not let up in trying to highlight Nunn’s position on abortion.

“Here’s my philosophy: When you’re trying to explain your position, you know that you’re tanking in it,” Axne said. “So good luck.”

Democrats have used “no exception” language in dozens of TV ads. The spots have featured rape survivors, concerned OB-GYNs and depicted women in need of abortion being turned away at doctor’s offices or facing the threat of arrest.

Among the popular targets of Democrats’ abortion advertising are Reps. David Valadao (R-Calif.) and Yvette Herrell (R-N.M.), as well as Matt Larkin, the Republican challenging Rep. Kim Schrier (D-Wash.), and Jen Kiggans, who is running against Rep. Elaine Luria (D-Va.).

None of those Republicans have used broadcast TV ads to answer the hits, even if they find them misleading and some privately seethe over them.

“They’re running ads right now where there’s some truth in it, but there’s also a lot of falsehoods in it as well,” said Rep. Steve Chabot (R-Ohio). “I wish they’d at least be accurate if they’re gonna spend all that money.”

The spots in his district suggest that Chabot does not support exceptions for rape, incest or the life of the mother, which he said he does. But he did not seem likely to air an ad in response, noting that he is focused on “the economy and inflation” and Speaker Nancy Pelosi’s politics.

“You have limited resources and you have to spend those resources in what you think is the most efficient and economic way,” Chabot said.

Democrats have tried to make the arguments that a Republican House majority will try to take away abortion access even in blue states.

While top House Republicans cheered the end of Roe v. Wade this summer, GOP leaders have said little about their anti-abortion policy platform if they do retake the majority. Under pressure from faith-based groups, some Republicans — led by Sen. Lindsey Graham (R-S.C.) — have publicly backed a 15-week ban on abortion. House Minority Leader Kevin McCarthy has expressed support for that idea, but he and his leadership team have avoided specific questions about what could come to the floor in a GOP House.

The threat of that ban has encouraged Democrats to lean even harder into abortion messaging. They have aired ads in a broad swath of districts ranging from suburban Omaha and Kansas City to the heavily Catholic rural areas in Texas and California.

“They don’t want to talk about the topics that really affect people,” said Valadao, who represents a sprawling Central Valley district in California. “We’re going to stick to what we know people want to hear.”

“The median income is $45,000 a year,” he said of his constituents. “They’re worried about putting fuel in the tank and food on the table. There’s just no way they’re thinking about that.”

Sarah Ferris contributed to this report.