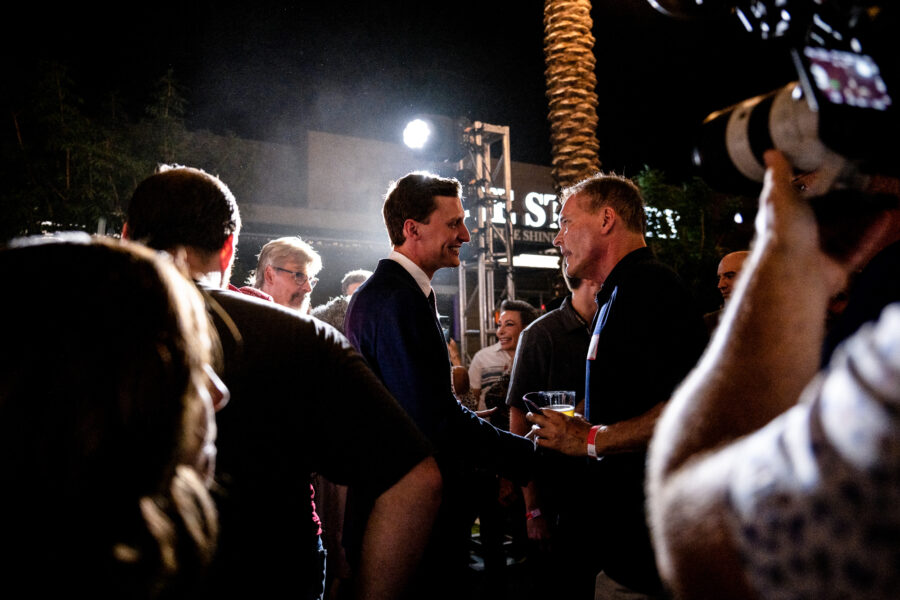 The Republican Senate campaign committee signaled Thursday that it is still backing Arizona candidate Blake Masters, despite financial setbacks and doubts about whether the state is winnable for the GOP this year.

The National Republican Senatorial Committee announced Thursday that it is adding a “seven-figure” investment in Arizona just weeks after the top GOP super PAC cut its advertising dollars in the state to spend elsewhere.

Senate Leadership Fund, the super PAC closely aligned with Senate Minority Leader Mitch McConnell, first announced in August it was halving its ad spend in the state, then decided in late September to cancel the rest of its ad reservations there — more than $17 million in total.

The blow has cast doubt on whether Masters could still be viable in the general election against Democratic Sen. Mark Kelly, who has proven to be a prolific fundraiser.

The new NRSC spend, which will involve direct mail and TV advertisements coordinated with Masters’ campaign, follows $11 million the campaign committee has already spent there, along with roughly $430,000 in polling, mail, Hispanic outreach and a direct contribution to the Masters campaign. The new television ads are expected to begin airing early next week.

“The NRSC has made a significant investment in Arizona, and we are confident that voters will choose Blake Masters over do-nothing liberal Democrat Mark Kelly in November,” said Chris Hartline, spokesperson for the NRSC, in a statement to POLITICO.

Masters has never led in public polling, has struggled with his favorability among voters and has faced a series of stories scrutinizing a range of controversial past comments. He has also sought to walk back what was once a hard-line abortion stance, but has given at times conflicting answers about what degree of restrictions he favors.

The NRSC’s decision to spend more in a race that appears to be an uphill climb comes as its opportunities on the Senate map are narrowing, The committee also faces an uncertain situation in Georgia — a top pickup spot where Republican candidate Herschel Walker is facing a firestorm after a former partner alleged he paid for her abortion in 2009. Walker, who is staunchly anti-abortion, denies the allegation.

Republicans believe President Joe Biden’s low approval rating in Arizona, coupled with ongoing economic anxieties and unresolved problems at the southern border, give them a chance to remain competitive in the state, despite Kelly’s incumbent status and a Democratic spending advantage.

But Kelly has found himself in a better position than some of his Democratic colleagues up for reelection in other battleground states, such as Nevada and Georgia.

While other outside GOP groups have stepped up to try to fill in the gap left by SLF’s departure from the state, they haven’t yet matched the party’s original spending plans for the state.

A spokesperson for SLF said the group has no current plans to put money back into the race.