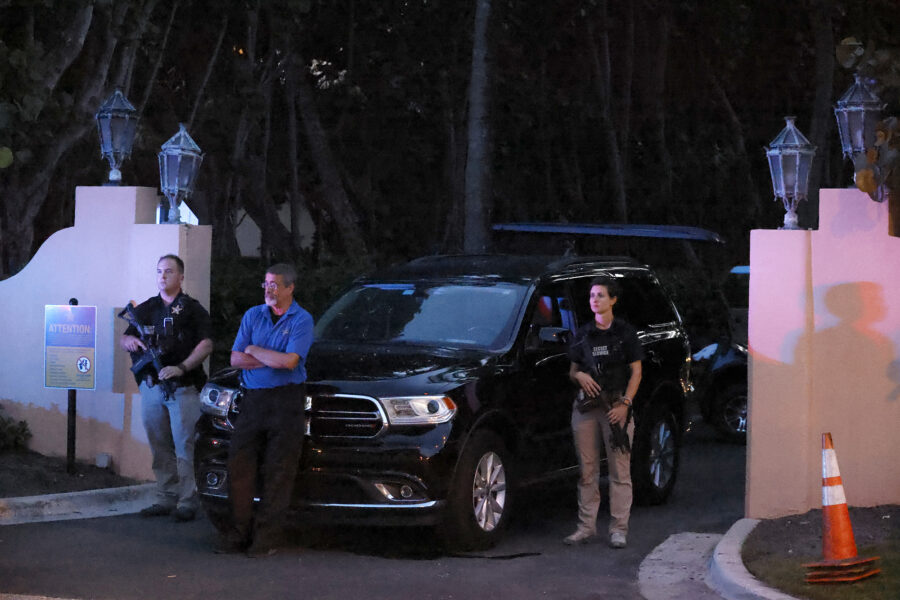 Roughly half of respondents in a new poll believe the FBI’s search of Mar-a-Lago on Monday was prompted by a search for evidence that former President Donald Trump committed a crime, evidence of a sharp partisan divide over the bureau’s unprecedented probe into the residence of the former commander in chief.

Federal agents searched Trump’s Mar-a-Lago resort this week and took about a dozen boxes of records as part of an investigation into alleged mishandling of White House records, people familiar with the matter told POLITICO. The warrant indicated the search related to alleged violations surrounding classified information, a Trump lawyer confirmed Tuesday.

Most respondents reported being aware of the search, with only about a quarter saying they had heard little or nothing about it.

A majority of poll respondents — 54 percent — said the search was conducted because of mishandling of classified information. Nearly a third said they believed the search was related to the Jan. 6, 2021, riot at the Capitol, a connection that has not been confirmed by the Justice Department or reported by media outlets.

But despite the search, Trump still led President Joe Biden among respondents on the question of whether each man should run for president in 2024: 39 percent said Trump should run again while just 28 percent said Biden should seek reelection.

The POLITICO/Morning Consult poll was conducted on Aug. 10 surveying 2004 registered voters. The poll’s margin of error was plus or minus 2 points.