The Justice Department moved on Thursday to unseal portions of the search warrant executed at the Mar-a-Lago estate of former President Donald Trump earlier this week.

“The public’s clear and powerful interest in understanding what occurred under these circumstances weighs heavily in favor of unsealing,” prosecutors revealed in a court filing connected to the search warrant.

Attorney General Merrick Garland announced the news moments after the department filed the motion in federal court in Florida.

“I personally approved the decision to seek a search warrant in the latter,” he said. Addressing criticisms of the department and FBI agents lodged by Trump and his allies, he added: “I will not stand by silently when their integrity is unfairly attacked.”

It’s unclear how quickly the presiding magistrate judge in Florida, Bruce Reinhart, will act on the Justice Department’s motion to unseal the warrant. The filing noted that the motion was being made “absent objection by former President Trump,” who could either support or attempt to block public release of the warrant. Reinhart on Thursday ordered the Justice Department to immediately serve a copy of the motion on Trump’s lawyers, and to advise the judge by 3 p.m. Friday whether the former president opposes the motion to unseal the warrant.

Thursday’s press conference was Garland’s first public statement since Monday’s search and the first public acknowledgment that the Justice Department is investigating Trump’s handling of classified presidential records. He declined to reveal much about the search warrant or about the circumstances surrounding the case. He spoke for roughly five minutes and did not take questions. 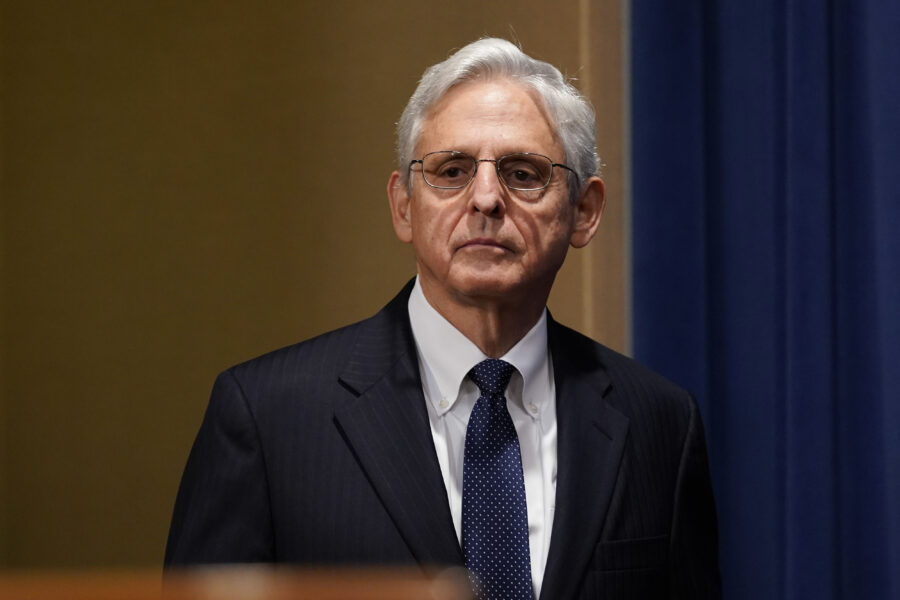 “All Americans are entitled to the evenhanded application of the law, the due process of the law and to the presumption of innocence,” said Garland. “Much of our work is by necessity conducted out of the public eye. We do that to protect the constitutional rights of all Americans and to protect the integrity of our investigations.”

The motion to unseal portions of the search warrant, including a “redacted Property Receipt listing items seized pursuant to the search” was signed by U.S. Attorney Juan Gonzalez and Jay Bratt, chief of DOJ’s Counterintelligence and Export Control Section.

The only reference in the DOJ’s motion to the subject of the search was a direct quotation from one of Trump’s attorneys, Christina Bobb, who told the New York Times that the search concerned “presidential records or any possibly classified material.” It was Trump himself who first publicly confirmed the search and his representatives who made statements characterizing what agents were after.

“As such, the occurrence of the search and indications of the subject matter involved are already public,” Gonzalez and Bratt wrote in the filing. Garland, likewise, said he was speaking out publicly only after Trump himself acknowledged the FBI search.

Monday’s search followed months of indications that the Justice Department was scrutinizing Trump’s handling of presidential records, including classified materials that were relocated to Mar-a-Lago in the closing days of his presidency. The National Archives revealed its concerns about the missing records in February, acknowledging that it had referred the matter to prosecutors.

Trump allies were incensed over the court-ordered search in part because of what Trump’s lawyers have claimed were productive discussions between DOJ, Trump’s lawyers and Trump himself, who was present when investigators visited Mar-a-Lago on June 3.

In a new statement released after Garland’s news conference, Trump leaned into this narrative. He said his lawyers were “cooperating fully” and had “very good relationships” with investigators, suggesting Monday’s search came “out of nowhere.” The former president didn’t address whether his legal team would move to block the public release of the search warrant.

Since the search, Republicans have marshaled an intense defense of the former president, assailing Garland and the FBI as political hatchetmen despite having no insight into the basis of their actions. Some have called for Garland’s impeachment, others have simply vowed to mount an intensive investigation of the department should Republicans retake the majority in January.

Myah Ward and Josh Gerstein contributed to this report.