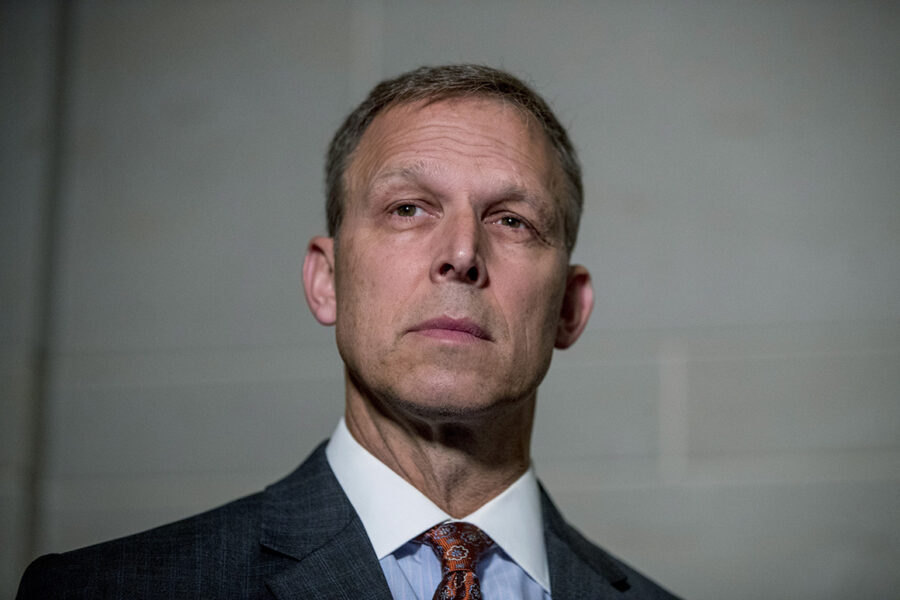 Scott Perry, who said this week that the FBI had seized his cell phone, has publicly tied the agency’s actions to its search of Donald Trump’s home in Mar-a-Lago. There’s no evidence the two are directly connected — and more details suggest they’re part of two separate investigations.

The FBI’s handling of the Pennsylvania Republican represents a rare step against a sitting member of Congress. But the seizure follows months of growing evidence of Perry’s deep involvement in Trump’s effort to overturn the 2020 election — just as investigators are taking more overt steps to investigate Trump allies’ efforts to deploy the Justice Department in service of disrupting the transition of power. Evidence doesn’t point to his troubles being related to the FBI’s effort to reclaim presidential records that may have been improperly stowed at Trump’s private estate.

Perry’s attorney John Irving said in a statement later Wednesday the Justice Department informed them the congressman was “not a target of its investigation.”

“Representative Perry has directed us to cooperate with the Justice Department in order to ensure that it gets the information it is entitled to, but to also protect information that it is not entitled to, including communications that are protected under the Speech and Debate Clause of the United States Constitution and communications with counsel,” Irving said.

Though dozens of GOP lawmakers have been referenced in the Jan. 6 select committee’s investigation as aiding or amplifying Trump’s attempt to cling to power, Perry’s involvement stood apart, making it all the more likely that this was the matter behind his cell phone seizure. Here are the various strands of evidence congressional investigators have revealed about Perry’s role to date.

Testimony released through the Senate Judiciary Committee and Jan. 6 select committee’s investigation shows Perry pushed for Jeffrey Clark — who, at the time, was a little-known Justice Department official — to helm the agency in the aftermath of the 2020 election. Trump’s allies saw Clark as more sympathetic to investigations of baseless claims of voter fraud, and Clark was preparing to tee up an official DOJ letter urging states to reconvene their legislatures and consider overturning the certified election results.

Investigators have shown that Perry helped introduce Clark to Trump and his allies. Acting Deputy Attorney General Richard Donoghue told lawmakers that Perry said in a meeting “something to the effect of ‘I think Jeff Clark is great, and I think he’s the kind of guy who could get in there and do something about this stuff.’ And this was coming on the heels of the president having mentioned Mr. Clark in the afternoon call earlier that day.”

Visitor records released by the select panel showed Perry brought Clark to the White House on Dec. 22, 2020, and helped introduce him to Trump.

And in texts released by the select panel, Perry expressed urgency to then-White House chief of staff Mark Meadows to elevate Clark.

Trump came within an eyelash of dismissing DOJ’s leadership and installing Clark in the days before Jan. 6, relenting only when senior leaders in the White House and Justice Department threatened to resign en masse.

In the same Dec. 26, 2020, text exchange, Perry said he’d sent Meadows a message using the encrypted messaging service called Signal and asked: “Did you call Jeff Clark?” It’s unclear if either man retained their Signal chats, though the National Archives has previously acknowledged Meadows may not have “properly” stored all of his records from his phone and email account.

The Jan. 6 select panel also received testimony from Cassidy Hutchinson, a former top aide to Meadows, that she heard that the chief of staff burned papers in his office after meeting in the White House with Perry, though the substance of what was in those papers are unclear.

Perry also took part in a Dec. 21, 2020, meeting at the White House with lawmakers in the pro-Trump House Freedom Caucus, which Perry chairs, during which they discussed strategies to block or delay certification of Joe Biden’s victory on Jan. 6. They particularly focused on then-Vice President Mike Pence’s role presiding over the counting of electoral votes.

Hutchinson recalled White House lawyers being present and “pushing back on” plans floated by Perry and other Trump allies for Pence to reject Biden’s electors on Jan. 6 — with the goal being to kick the election back to state legislatures to appoint their own pro-Trump electors. White House lawyers didn’t think the plan was “legally sound,” Hutchinson testified.

Taking Trump to the Capitol on Jan. 6

Testimony from Hutchinson also revealed plans for Trump to go to the Capitol on Jan. 6 — and Meadows and Perry discussing that proposal.

“I remember hearing a few different ideas discussed with — between Mark [Meadows] and Scott Perry, Mark and Rudy Giuliani,” Hutchinson told lawmakers. “I don’t know which conversations were elevated to the president. I don’t know what he personally wanted to do when he went up to the Capitol that day.”

Hutchinson similarly told the select committee that Perry had been supportive of floated plans to call on Trump supporters to march on the Capitol.

In the aftermath of the Jan. 6 insurrection, Perry was one of a handful of GOP lawmakers who discussed the possibility of pardons from Trump, according to Hutchinson. None of them ultimately received pardons.

“Mr. Perry asked for a pardon, too,” Hutchinson told lawmakers, adding that he talked to her directly.

Perry has denied asking for a pardon for himself or other lawmakers, though another lawmaker, Rep. Mo Brooks (R-Ala.), has acknowledged his own request for a pardon related to his objections to electoral votes and has released an email from him to the White House putting his request in writing.

“The President thought it would be best just to let it play out,” Brooks told reporters in June.