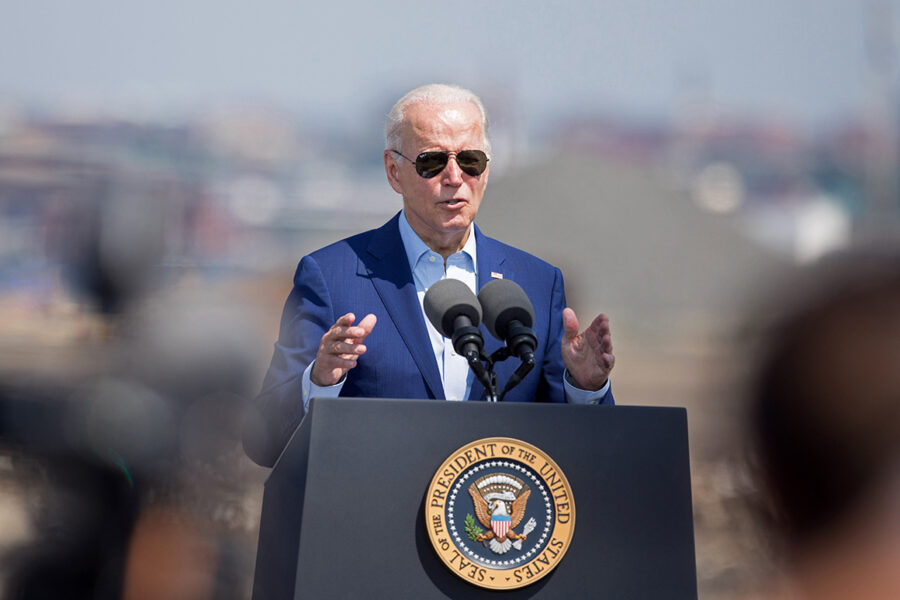 White House officials plan to meet this week with student debt activists and advocacy groups ahead of President Joe Biden’s self-imposed deadline of Aug. 31 for deciding whether to approve broad-based debt relief for millions of Americans.

The virtual meeting, scheduled for Thursday, is the latest sign that the White House is seriously considering canceling some amount of student loan debt as Biden advisers weigh the election-year political consequences of such a decision.

A range of outside groups working on student loan cancellation were invited to participate in the event. The White House described the meeting as “an opportunity for you to share your priorities on student debt relief,” according to a copy of the invitation obtained by POLITICO.

Officials from the White House Domestic Policy Council, National Economic Council, Office of Public Engagement and Office of Political Strategy and Outreach are scheduled to attend the meeting.

Asked for comment on the meeting, a White House official said on Wednesday: “We are holding the meeting at the request of the groups, as we have done regularly over the past year.”

Press Secretary Karine Jean-Pierre said on Tuesday that Biden had not made any decision on whether to extend the freeze on payments or widespread debt cancellation.

“The Department of Education will communicate directly with borrowers about the end of the payment pause when a decision is made,” Jean-Pierre said. On the issue of broad-based debt cancellation, she added, the White House was continuing to “assess our options.”

Jean-Pierre reiterated on Tuesday that Biden has committed to deciding by the end of the month. “He’ll have something before August 31,” she said.

The Biden administration is widely expected, at a minimum, to further extend that freeze on payments until at least after the November elections, as many top Democrats have urged the White House to do. Education Department officials have already signaled a likely extension of the payment pause by telling loan-servicing companies to hold off on sending borrowers notices that their payments are resuming.

But the broader question of a mass loan cancellation program is more complicated. White House advisers have long been divided over the policy wisdom and political ramifications of forgiving large amounts of student debt. The internal decision-making process has dragged on for months without resolution.

Administration officials have been looking at canceling $10,000 of debt for borrowers earning below a certain income threshold. But many progressives, including major labor unions and civil rights groups like the NAACP want the White House to forgive a larger amount of debt — as much as $50,000 — for all borrowers.

At the Education Department, officials have been working on plans for how the agency would implement a widespread student loan forgiveness program that would be unprecedented in scale. Department officials are studying how they could automate any loan forgiveness for as many borrowers as possible without requiring them to fill out an application form. They are looking at ways to cancel debt, for example, for borrowers who are in default and those who ever received a Pell grant.

Republicans have opposed any amount of student loan forgiveness, which they argue would amount to an unfair hand-out to many Americans who don’t need the help and exacerbate inflation in the economy. Some moderate Democrats have also said they’re uneasy with widespread loan forgiveness.

GOP lawmakers have introduced legislation to block Biden from carrying out widespread loan forgiveness. And they’ve signaled they would conduct aggressive oversight of any Biden debt cancellation program next year if they regain control of Congress.