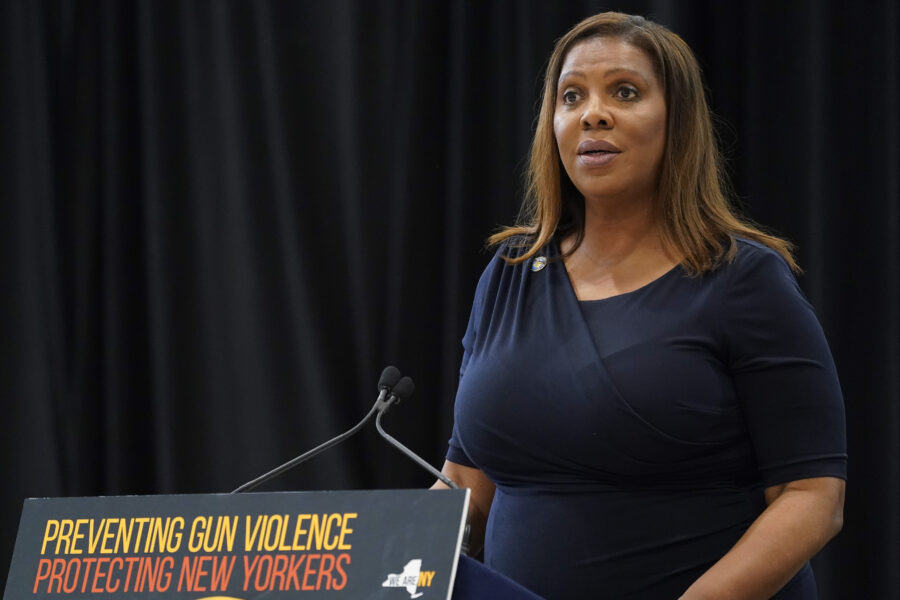 On Wednesday morning, she got him — at least for a deposition he fought hard to avoid.

It marked the latest chapter of James’ yearslong civil probe into whether Trump fraudulently inflated the value of his real estate holdings. Two “essential components” to resolving her investigation were collecting testimony from Trump and determining his knowledge of the alleged wrongdoing, she’s said in court papers.

But it looks like the deposition might not move the needle much after all. Trump declined to answer questions Wednesday, deciding instead to plead his Fifth Amendment right against self-incrimination.

“I once asked, ‘If you’re innocent, why are you taking the Fifth Amendment?’ Now I know the answer to that question,” Trump said in a statement on Wednesday. “When your family, your company, and all the people in your orbit have become the targets of an unfounded, politically motivated Witch Hunt supported by lawyers, prosecutors, and the Fake News Media, you have no choice.”

In a statement, James confirmed she was in the room when Trump declined to answer questions.

“While we will not comment on specific details, we can confirm that today, our office conducted a deposition of former president Donald Trump,” an AG spokesperson said. “Attorney General Letitia James took part in the deposition during which Mr. Trump invoked his Fifth Amendment right against self-incrimination. Attorney General James will pursue the facts and the law wherever they may lead. Our investigation continues.”

Observers said that Trump’s sit-down with James suggests the probe is in its final stages, pointing to another recent high-profile questioning — that of former New York governor Andrew Cuomo, whose 11-hour interview with James was one of the last steps before she released her final report on his unrelated misconduct.

Legal experts said the former president’s decision could create an impression among some — including a potential jury — that he has something to hide.

“What it’s saying is that he’s afraid if he testifies, what he says will be used against him in some criminal proceeding,” said Vincent M. Bonventre, a professor and director of the Center for Judicial Process in New York at Albany Law School.

And James could theoretically seize on that perception.

“Now [James] can claim that, well, he pleads the Fifth, then he’s worried about potentially having some criminal liability and therefore her investigation is meritorious and she can proceed with bringing claims against him and proceed to trial,” said Joshua Schiller, a partner at Boies Schiller Flexner LLP who has fought cases with the attorney general. “On the other hand, I imagine that [Trump] is going to say, ‘Well, I’m not going to answer any questions, because this is a kangaroo court, and no one would listen to me anyway.”

That’s exactly what Trump suggested in his Wednesday statement, while connecting James’ investigation with federal agents searching his Mar-a-Lago estate earlier this week.

“If there was any question in my mind, the raid of my home, Mar-a-Lago, on Monday by the FBI, just two days prior to this deposition, wiped out any uncertainty. I have absolutely no choice because the current Administration and many prosecutors in this Country have lost all moral and ethical bounds of decency,” Trump wrote.

State and federal courts have repeatedly dismissed Trump’s claims the case is politically motivated and denied his bid to evade a deposition. 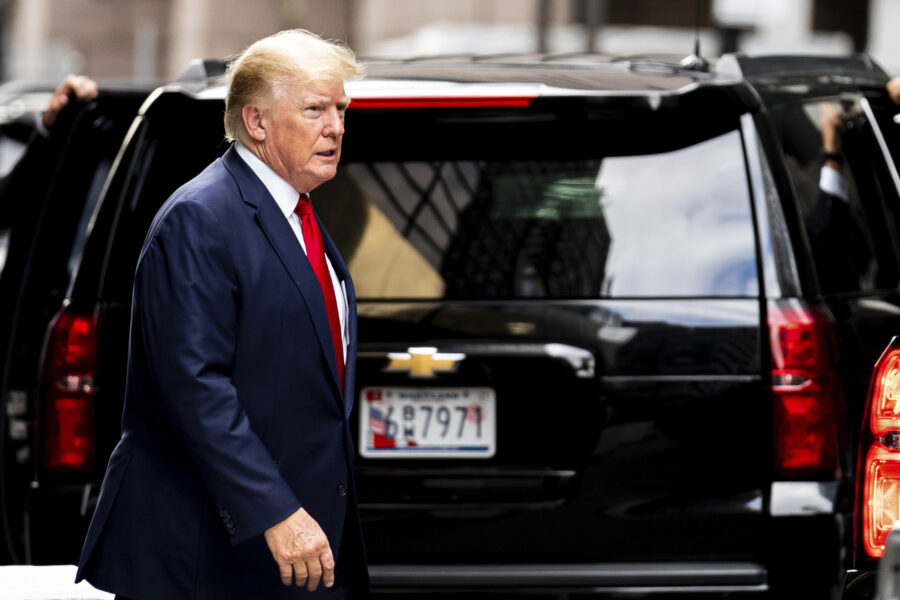 A crush of media followed the former president from his midtown apartment at Trump Tower to the Attorney General’s downtown office around 8:30 a.m. Wednesday morning. Trump waved at onlookers and members of the media and held a fist in the air as he departed for the deposition. He arrived at James’ office, located at 28 Liberty St. in the Financial District, around 9 a.m.

Secret service officials and NYPD officers patrolled the garage entrance where Trump’s motorcade entered and stood guard throughout the morning, as passersby gathered on sidewalks and street corners surrounding the entrance to the skyscraper.

Even though Trump said he would invoke his right against self-incrimination, he remained holed up in the attorney general’s office for several hours, eventually leaving via motorcade around 3:20 p.m.

Trump’s decision to not answer questions may complicate the Attorney General’s efforts to connect Trump to the alleged wrongdoing.

“Whether or not he himself is directly connected to the statements that they claim are false or misrepresented in the tax filings and other things is a question that they may not be able to solve without his testimony,” Schiller said. “Absent them having documentary evidence or testimony by others that say, ‘Well, he told me to do this or it was his instructions,’ then maybe she won’t be able to build a case that specifically implicates him.”

Indeed, James’ office wrote in a court filing earlier this year that “Mr. Trump’s actual knowledge of—and intention to make—the numerous misstatements and omissions made by him or on his behalf are essential components to resolving OAG’s investigation in an appropriate and just manner.”

She detailed evidence that the Trump Organization had used “fraudulent or misleading asset valuations” to obtain favorable loans and other economic benefits. These misrepresentations were all in Trump’s annual statements of financial condition, snapshots of his assets and net worth that were submitted to banks and insurers, according to James.

The case could come down to the question of: “Can you prove that he committed the violation by just signing the document, if you can’t prove that he had knowledge of the falsity? I think there’s an issue that has to be litigated there,” Schiller said.

For now, it at least prevents Trump from giving James more ammunition.

“It would have been much better for the investigation if he had been willing to answer questions. He talks too much and gets himself into trouble,” Bonventre said. “Almost certainly he would have added to the evidence against him. I can’t imagine that his lawyers would want him to answer questions. They know what he’s like. The best bet would be to tell him to shut up.”

James bowed out of the governor’s race last year to seek reelection for AG. From a political standpoint, she can continue to show she is focused on Trump’s alleged misdeeds as she seeks a second term in November, one political analyst said — even as Trump looks to demonize her among his supporters.

“Donald Trump has never been popular in New York. Not before he was president, not during his presidency and not post presidency,” said Steven Greenberg, a longtime Democratic strategist and poll spokesman for the Siena College Research Institute. “So this can only be a political benefit for James. It can’t be a political hit for her — certainly not with her base.”

Joseph Spector contributed to this report.