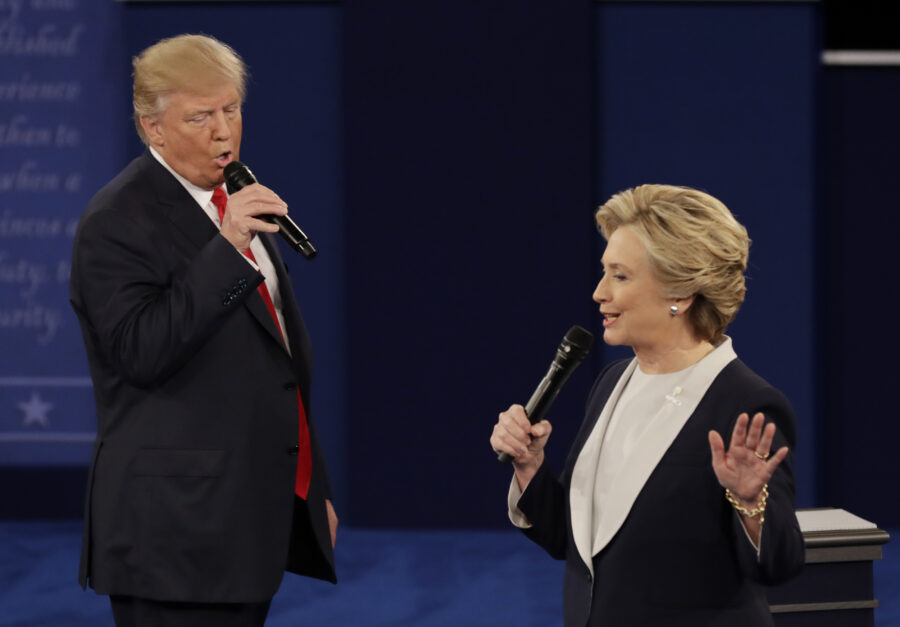 The Justice Department official who oversaw the investigation of Hillary Clinton’s handling of classified records says there’s simply no comparing the search of Donald Trump’s Mar-a-Lago residence to the case against the former secretary of State.

“People sling these cases around to suit their political agenda but every case has to stand on its own circumstances,” said David Laufman, who led the Justice Department’s counterintelligence section until 2018 and is now a partner at the firm Wiggin and Dana.

Laufman has the credentials to judge the severity of these matters. In addition to the Clinton case, he managed the investigation of David Petraeus, the former general and CIA director who pleaded guilty to a misdemeanor for mishandling classified material. CNN reported that one of the DOJ officials involved in the Trump investigation is his immediate successor.

Twenty-four hours after it transpired, there remain few details about why the FBI raided Trump’s private estate beyond months-old questions about the former president’s handling of records that appear to have been relocated to Mar-a-Lago as he departed the Oval Office.

In the absence of more concrete details, Trump’s defenders have clamored to bear hug the former president more fiercely than ever, deriding the FBI and Justice Department as weapons of partisan Democrats. But Laufman’s take echoes the consensus of other experts who operate in the corner of the legal world that deals with the handling of classified material. It’s highly unlikely the DOJ would have pursued — and a judge would have granted — such a politically explosive search warrant without extraordinary evidence.

“Sooner or later, the Justice Department and Mr. Trump will have to clarify the substance of what has happened,” said Steven Aftergood, a longtime Federation of American Scientists advocate against government secrecy. “Then we will know, was there a real violation of the law or was this some kind of speculative adventure. As far as I can tell, the FBI is not prone to the kind of — to what members of Congress have called a banana republic-like invasion. That doesn’t happen, especially with a court order.”

In the absence of more detailed information about the investigation, it’s unclear what potential crimes DOJ is probing. Notably, Trump — after a fierce campaign against Clinton in which he called for her to be jailed for her handling of classified material — signed a law in 2018 that stiffened the penalty for the unauthorized removal and retention of classified documents from one year to five years, turning it into a felony offense.

That was the same statute that just three years earlier Petraeus pleaded guilty to in order to avoid a felony conviction.

While both the DOJ and FBI have been silent amid calls they further explain the context of the Mar-a-Lago search, they are not the only ones in possession of relevant information.

Trump is in perhaps the best position to reveal more details about what transpired on Monday. The former president has access to the full inventory of items that federal investigators were seeking as well as what was taken from his estate during the search. He or his lawyers were almost certainly presented with a copy of the search warrant executed at Mar-a-Lago — though not the underlying affidavit or other supplemental materials, which are usually kept confidential until charges are issued or a case is closed. In addition, Trump can speak to the nature of any potentially classified material that may have been the basis for the search and whether he took steps to declassify any of it as he left office.

“If people are calling for it to be made public, I believe that is within the power of Mr. Trump to do,” Aftergood said. “He could describe what was at stake and what the point of disagreement was. He doesn’t need to speculate.”

Laufman and Aftergood emphasized that the potential culpability for Trump or his allies depends entirely on potential aggravating circumstances — from the volume of classified material in his possession to the level of classification of the information, whether he or any allies misled the National Archives or Justice Department about the inventory at Mar-a-Lago and whether there were efforts to conceal it or resist turning it over.

A court-authorized FBI search, like the one that occurred Monday, would be warranted, Aftergood said, if “the material is of such extraordinary national security sensitivity that it absolutely must be within government custody.”

“That’s not something you write letters about,” he added. “That’s something you need to take custody of now and argue about later.”

Though the grand jury investigation of efforts by Trump and his allies to disrupt the transfer of power on Jan. 6, 2021, has drawn more intense public scrutiny, it’s the investigation of his handling of presidential records poses it’s own legal threat. In fact, some of the very Trump allies who cooperated with the House’s January 6 probe were among those charged by Trump with managing his presidential records after leaving office.

Engel has testified to the Jan. 6 select committee about his resistance to Trump’s plan to remove Justice Department leaders and replace them with compliant officials who would support his effort to remain in power. Cipollone also testified about his concerns with the legality of some of Trump allies’ attempts to overturn the results of the election.

Patel told Breitbart in May that Trump had declassified the materials he removed to Mar-a-Lago, even though the documents still had classified markings on them. As president, Trump had total power to declassify any classified material in the government’s possession.

Josh Gerstein contributed to this report.