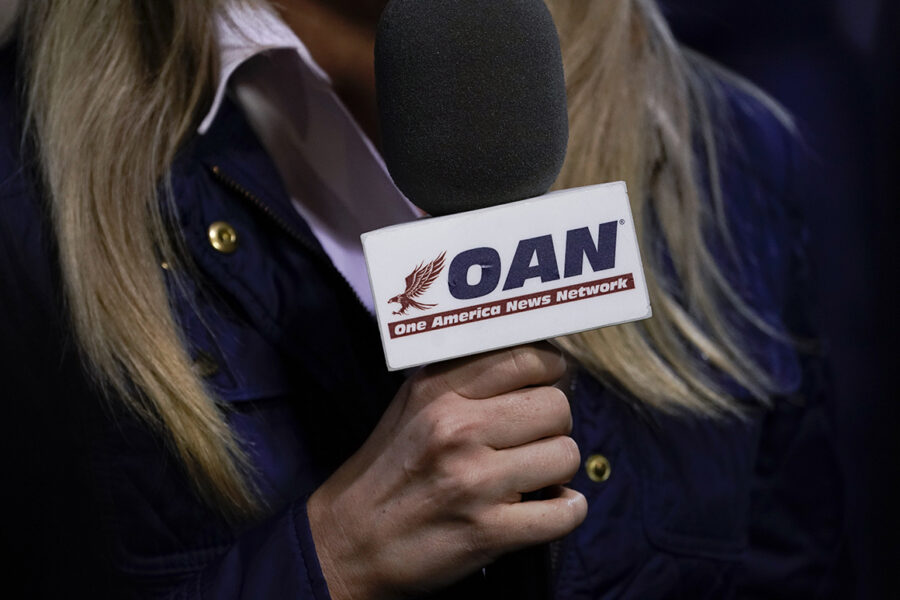 As Donald Trump struggled to remain in power in late 2020, an anchor for a far-right TV network briefed a group of the president’s lawyers in detail on a plot to mobilize so-called alternate pro-Trump electors, according to an email reviewed by POLITICO.

On Dec. 13, 2020, the day before electors gathered to cast their states’ presidential votes as required by law, Christina Bobb of One America News emailed several Trump campaign aides and allies to discuss arrangements for the false electors. Teeing up those pro-Trump electors to represent states that Joe Biden won in 2020 was a linchpin of Trump’s efforts to challenge his loss.

POLITICO reviewed the email, which has not been previously reported. It sheds light on how people in and close to the Trump campaign worked to contest the election, as well as the detailed planning that went into promoting alternate electors in states Biden carried.

Bobb’s email indicates that a Trump campaign official spoke with teams around the country focused on the effort, then reported to her on those talks. She then sent his update to multiple lawyers working for and with Trump, including Rudy Giuliani, senior campaign official and attorney Boris Epshteyn, Jenna Ellis, Joe diGenova, and Victoria Toensing.

One issue Bobb reported in multiple states was the challenge of actually getting the illegitimate alternate electors into state Capitol buildings.

“They have a friendly legislator who can get them in,” she wrote of pro-Trump electors in Nevada. But Bobb didn’t seem certain the plan would work: “They are prepared to do it on the steps if needed,” she added.

Trump’s effort to interfere with the Electoral College certification of his loss is a central focus of the Jan. 6 select committee’s probe on Capitol Hill. It’s also drawing scrutiny from the Justice Department, which has sought materials from the Jan. 6 panel specifically on the alternate electors, according to its chair.

In the battleground state of Georgia, the district attorney in Fulton County — which includes Atlanta — is also investigating the effort and has signaled that more than a dozen alternate electors could face criminal charges.

Bobb did not respond to requests for comment on her email from Dec. 13, 2020. In addition to the Trump lawyers, Bobb sent it to former New York City police commissioner and longtime Giuliani ally Bernie Kerik; and attorney-lobbyist Katherine Friess.

Bobb’s email also went to Matthew Stroia, then chief of staff to Rep. Mike Kelly (R-Pa.). Stroia was later linked to efforts to direct false elector lists to Mike Pence before the then-vice president presided over Congress’ certification of the results — an attempt Pence’s team did not welcome.

Stroia’s presence on the December 2020 email indicates that Trump’s allies saw him as a team player earlier than previously known. None of the recipients of Bobb’s email responded to requests for comment. A Kelly spokesperson declined to comment.

Bobb opened the email by saying that Mike Roman, another Trump campaign official, held a call the night before with “the teams working the various states.”

“Trying to get inside the building,” she continued, referring to Nevada. “Working to get a ceremonial photo. May have to do the paperwork somewhere else. **Democrats are voting by Zoom. It’s in the statute that they have to be in person.”

Regarding Georgia, Bobb wrote that getting electors “access to [the] building” was a concern.

“Not working with a legislature who can help get access,” she added. “Will need a back door option. Everyone will meet outside and go in together.”

In Michigan, she continued, getting into the state Capitol could prove difficult because it was closed due to Covid at the time and controlled by Democrats anyway.

“There have been death threats,” she added. “200 MI state police. Dems getting a police escort to cast ballots.”

The pro-Trump team was working to get access to a committee room for its alternate electors, she added. “Contingency is on the capitol steps,” she continued. “Will walk from GOP headquarters and vote on the steps.”

Access to the Wisconsin state capitol building, she continued, “will likely get done, but it’s not finalized yet.”

In Pennsylvania, Bobb wrote, Trump’s team was waiting to hear from the office of state Sen. Doug Mastriano — now Republicans’ nominee in the state’s gubernatorial contest — to get a room for the alternate electors.

The Jan. 6 select panel subpoenaed Mastriano in February, alongside other people connected to the alternate elector plans. He shared documents with the committee earlier this summer.

And in Arizona, all the alternate electors were ready to go with no anticipation of access problems. But, Bobb added, Arizona state law didn’t specify where electors needed to gather “so they can change location if building is closed.”

In New Mexico, plans seemed a little shakier. “They are reaching out to them to ask if they can throw this together by Monday,” Bobb wrote.

Bobb’s email also detailed how many people in the relevant states were on board with the plan to act as fake electors.

Alternate pro-Trump electors in Arizona, Georgia, Wisconsin, Michigan and Nevada signed certificates claiming that they formally represented the voters of their states, despite Biden’s victories. In New Mexico and Pennsylvania, alternate electors did so while qualifying that they should only see their votes count if Trump prevailed in court challenges.

Epshteyn responded a few minutes later, thanking Bobb and copying Roman onto the email thread. It’s unclear how or if other email recipients responded to Bobb’s update.